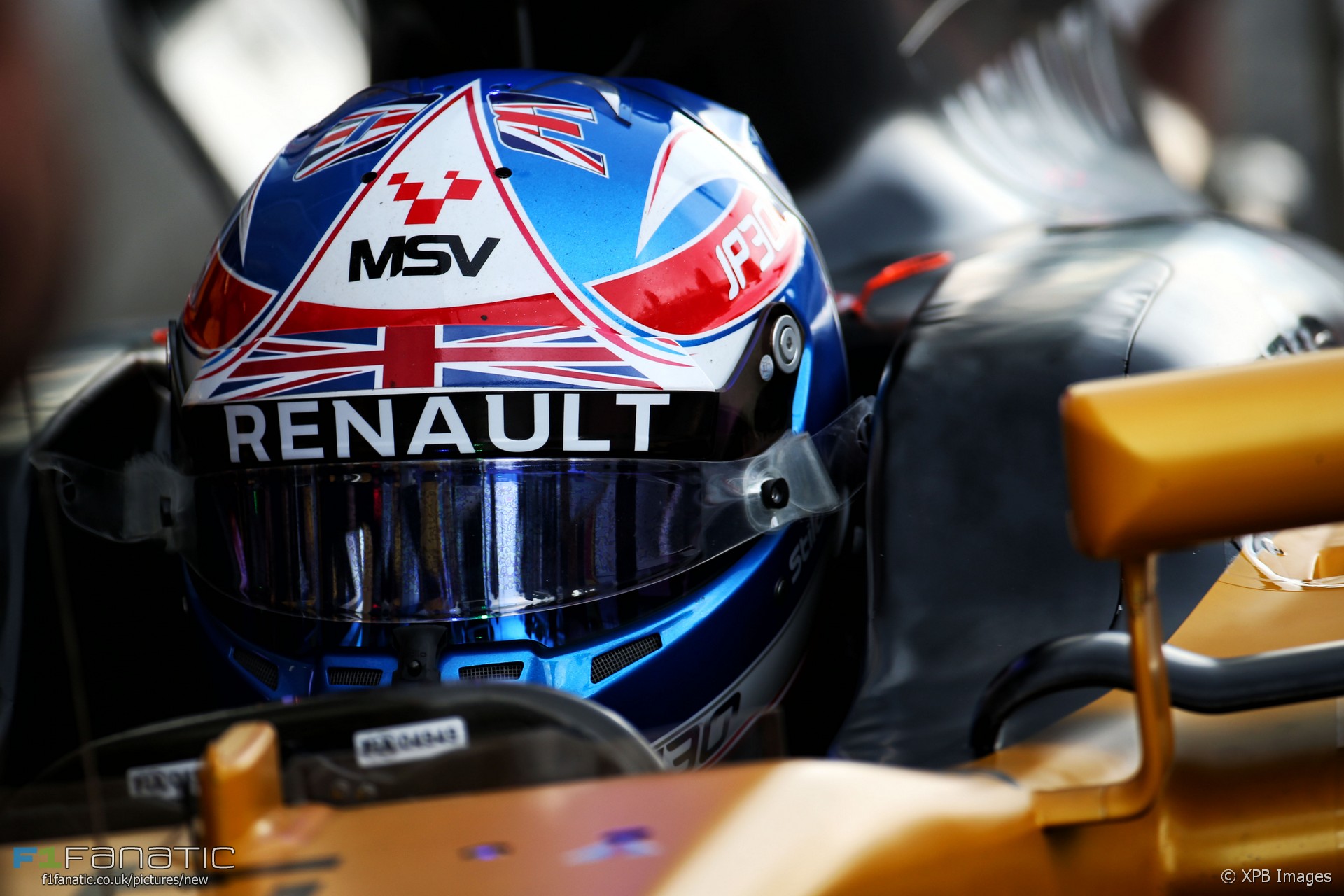 Jolyon Palmer has rejected claims this weekend’s Singapore Grand Prix could be his last race.

The Renault driver has been tipped to lose his seat to Carlos Sainz Jnr this year and some publications have claimed the Toro Rosso driver will take his place at the next round in Malaysia.

However Palmer emphatically denied the claims during the FIA press conference in Singapore.

“I have a contract, I’ve got seven more races this year,” Palmer added.

The Renault drivers said he has been subjected to repeated speculation about his future since he arrived in F1 last year.

“There’s been suggestions for I think 35 races that I might not be at the next one or in the next few,” said Palmer. “This is nothing new for me, it’s water off a duck’s back now.”

“It’s been the same at most races this year and nothing changed.”

Palmer has not scored a point so far this year while team mate Nico Hulkenberg has collected 34. His best finish so far this year is a trio of 11th places. Palmer reached Q3 at Spa but suffered a clutch problem and had to take a gearbox change penalty which dropped his out of the top ten on the grid.

Sainz has been linked to a move to Renault as the manufacturer is expected to shift its engine supply from Toro Rosso to McLaren. Red Bull junior driver Pierre Gasly is considered a likely replacement.