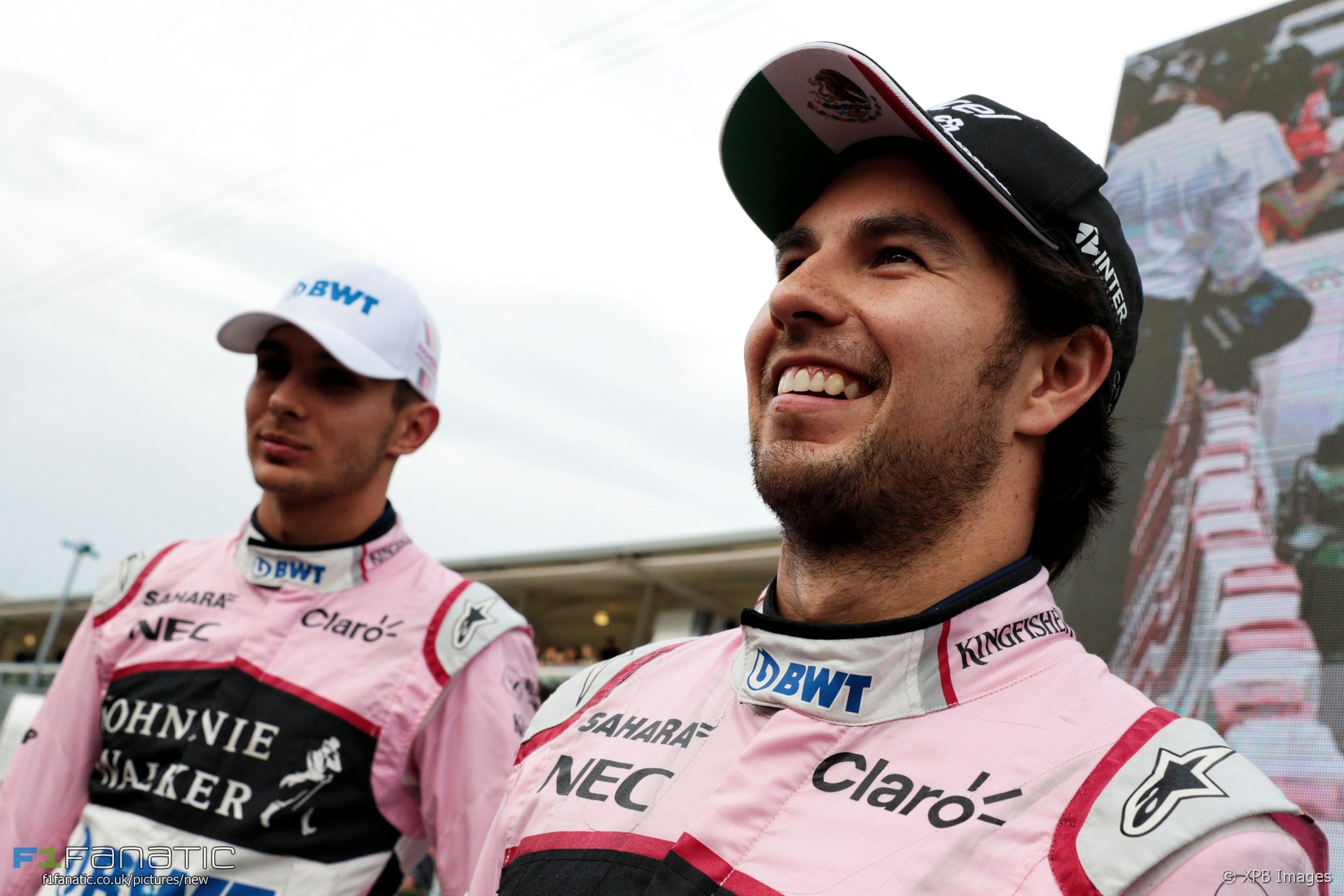 Force India will retain both Sergio Perez and Esteban Ocon for the 2018 season, the team has confirmed.

Ocon had already been confirmed on a multi-year deal but Perez has re-committed to the team he joined in 2014 for another year. This is despite a series of contentious incidents involving the two which has prompted the team to impose team orders on the pair for the remaining races this year.

“Sergio has played an important role in our success story over the last few years,” said team co-owner Vijay Mallya. “Since joining us in 2014, he has matured to become one of the quickest and most consistent drivers on the grid.”

“His track record speaks for itself as the most successful Force India driver ever with four podiums. Alongside Esteban, retaining Sergio gives us stability going into next season and one of the most exciting driver pairings in Formula One.”

Perez said it was his “priority” to stay at Force India, which is on course to finish fourth in the constructors’ championship for the second year in a row.

“It’s a team that has allowed me to show my talents as a driver and I feel very happy here,” he said.

“I’m proud of everything we have already achieved together and I think there is more to come. The team has done an amazing job this year to develop the car and establish our position as the fourth best team in Formula One. In the end it was an easy decision to continue our journey together.”