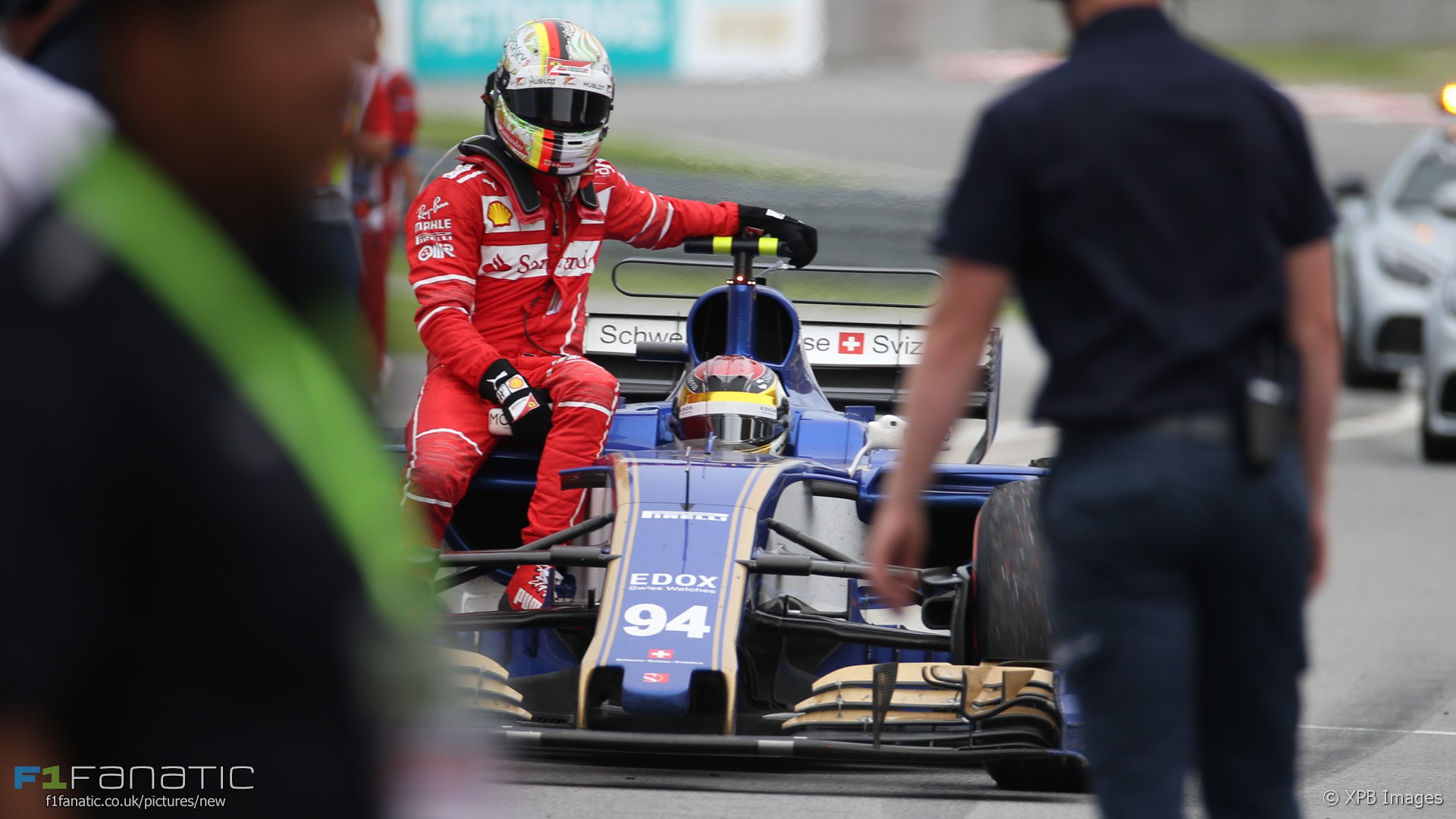 Sebastian Vettel was not investigated for failing to replace his steering wheel following his crash after the end of the Malaysian Grand Prix because it wasn’t reported to the stewards.

The Ferrari driver failed to leave the steering wheel attached to his car after his collision with Lance Stroll on the slow-down lap. Vettel initially replaced the steering wheel then went back to retrieve it before taking a lift back to the pits on Pascal Wehrlein’s Sauber.

This was potentially in contravention of article 22.5 of the sporting regulations which states: “A driver who abandons a car must leave it in neutral or with the clutch disengaged, with the ERS shut down and with the steering wheel in place.”

Although the stewards did investigate the collision between Vettel and Stroll, and cleared both drivers, they did not examine why Vettel failed to reattach his steering wheel.

“We didn’t look at that,” FIA steward Garry Connelly told the BBC. “It wasn’t reported to us so we haven’t looked at it.”

The stewards receive reports of potential incidents from the race director, Charlie Whiting, who in turn can receive complaints from competitors.

This is not the first time a potential infraction has been overlooked because it wasn’t reported at the time. During the Chinese Grand Prix weekend Daniel Ricciardo and Sergio Perez were given penalties for failing to show up in time for the pre-race performance of the national anthem, but Esteban Ocon’s late arrival was not noticed.

The last driver to be penalised for failing to replace the steering wheel on a car was Pastor Maldonado during the 2014 Canadian Grand Prix weekend. He was given a reprimand.

Vettel currently has five penalty points on his licence. He reached a peak of nine points following the Azerbaijan Grand Prix but has deducted four since then as his penalties from last year’s British and Malaysian Grands Prix have expired.