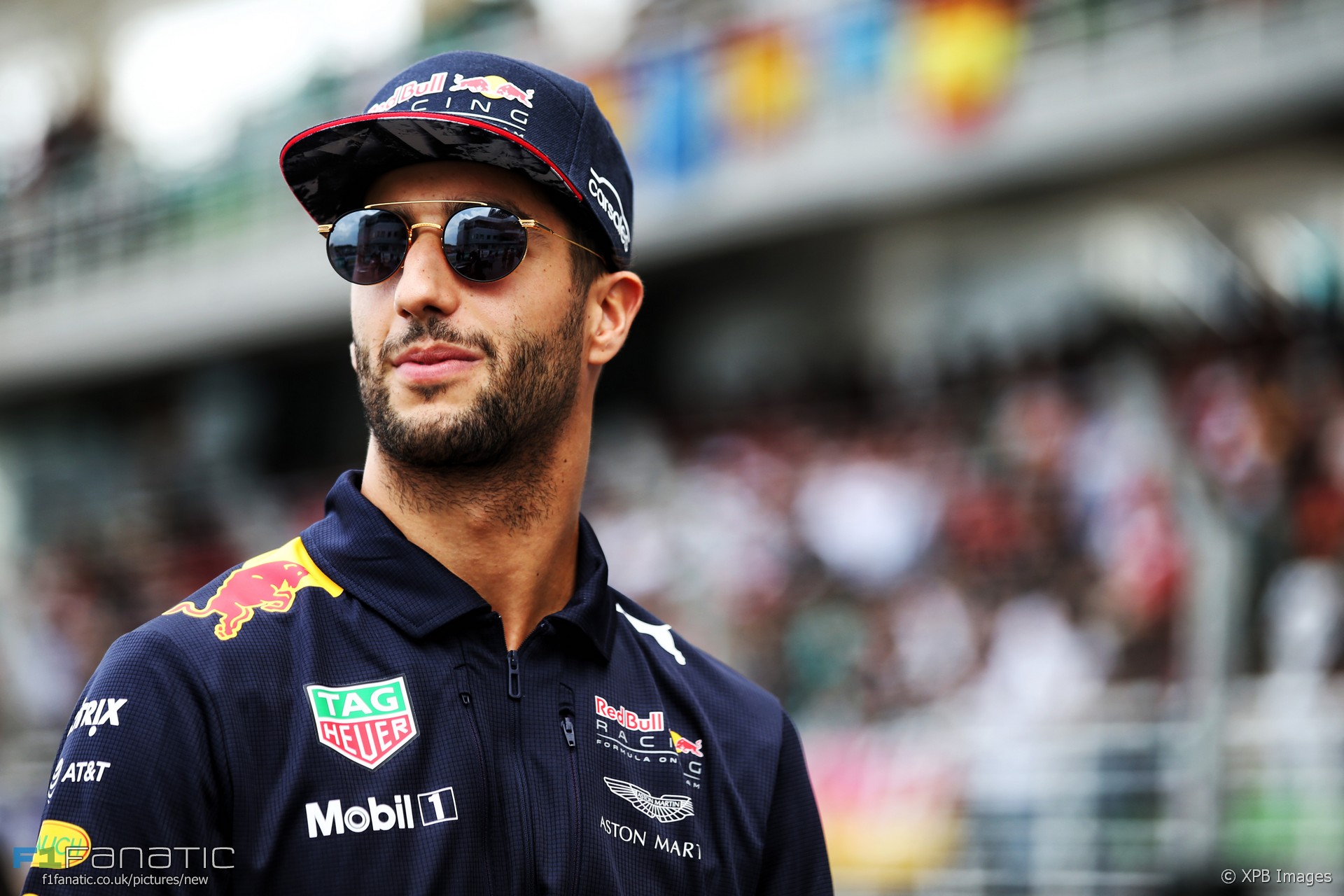 Daniel Ricciardo says he hasn’t discussed extending his Red Bull contract beyond next year as senior team figure Helmut Marko said he will be on the market for 2019.

“The only thing I’m aware of is that my contract with them is at an end next year,” Ricciardo told the media in today’s press conference. “So I guess he’s referencing that.”

“Nothing’s been said between us beyond next year,” Ricciardo added. “I don’t think he has a plan yet beyond ’18.”

Red Bull’s plans for 2019 and beyond have been face potential disruption as they are expected to lose their Renault power unit supply. That could force them to use Honda’s engines, which are currently the least competitive on the grid.

Ricciardo is keen to see the team begin next season in more competitive shape than they were at the start of this season.

“I still don’t really know why the last years we’ve had slow starts and then found a way to come back,” he said. “So I guess the idea again is because there’s not many changes for next year what we learn from this year hopefully we take to next year and we start stronger.”

“For sure if next year’s not a very competitive season at all then that of course will be addressed. I feel like I say every time this year that where we are now you’d think that next year we should be competitive. Hopefully as competitive as I’d like to see.”

“Mercedes has been winning too long, we’ll try to change that.”