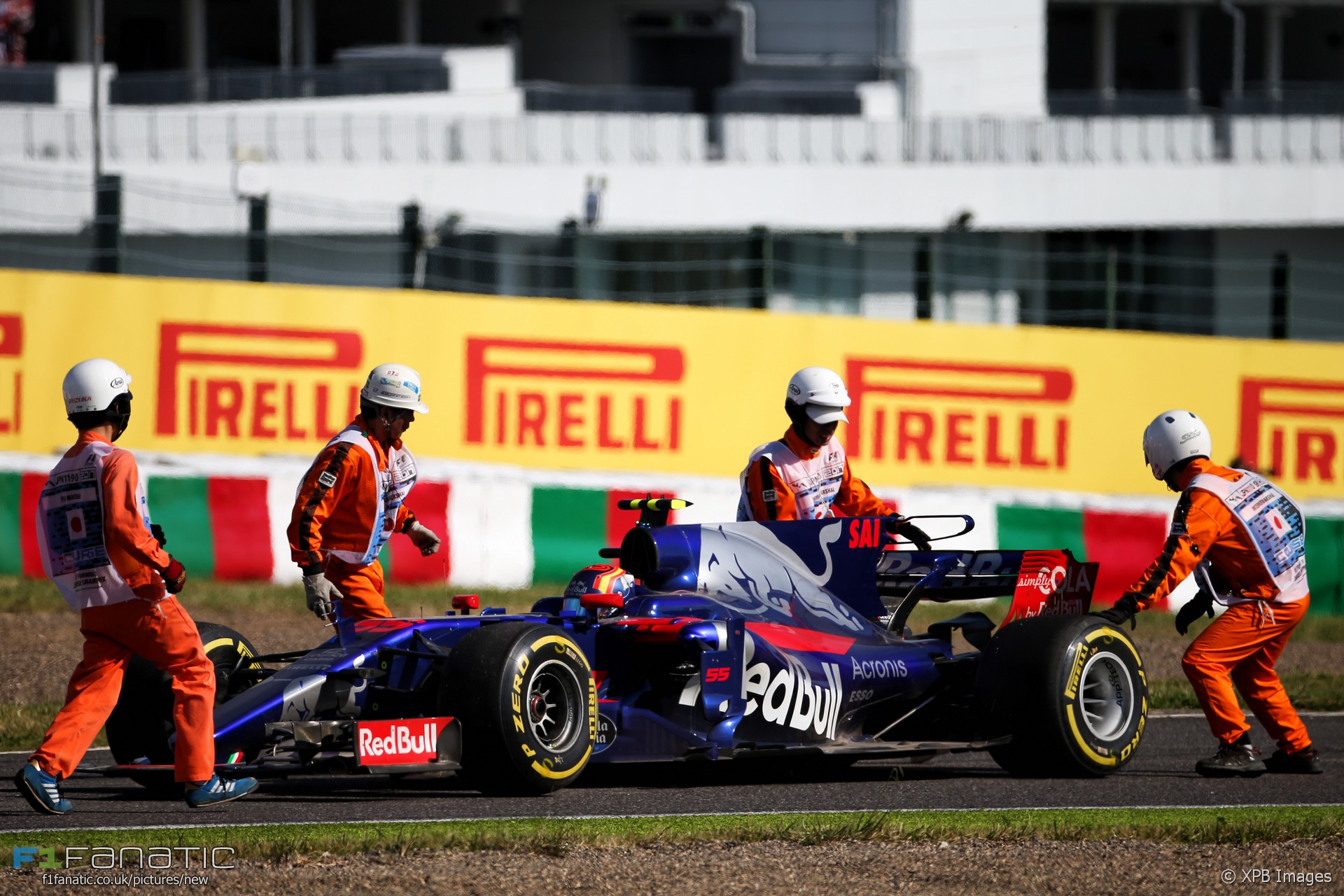 Carlos Sainz Jnr admitted he took to big a risk after crashing out of his final start for Toro Rosso.

Yesterday Toro Rosso confirmed Sainz will join Renault from the next round of the championship, taking Jolyon Palmer’s place. He started today’s race from 19th but crashed out at the first corner.

“In a one-stop race at the start you need to risk, obviously, and I was trying my best to gain some positions at the start,” said Sainz.

“It didn’t work, I definitely found a lot less grip than I was expecting to the outside of that corner there, a lot of dust and simply lots of cars.”

“So there’s no real excuse, just say sorry to all of them because it’s not the way we wanted to finish. But sometimes in life when you want to risk and do something special sometimes it works, sometimes it doesn’t.”

With the next race two weeks away, Sainz has a limited amount of time to get used to his new Renault.

“Obviously it’s going to be a big challenge to try to adapt to this new car. For me, in the middle of the season , it’s going to take some time to adapt and find my way around it. But I’m there to do a job and I’m confident I can do it pretty straight away.”

Sainz said his three years at Toro Rosso have been “an ideal preparation” for him.