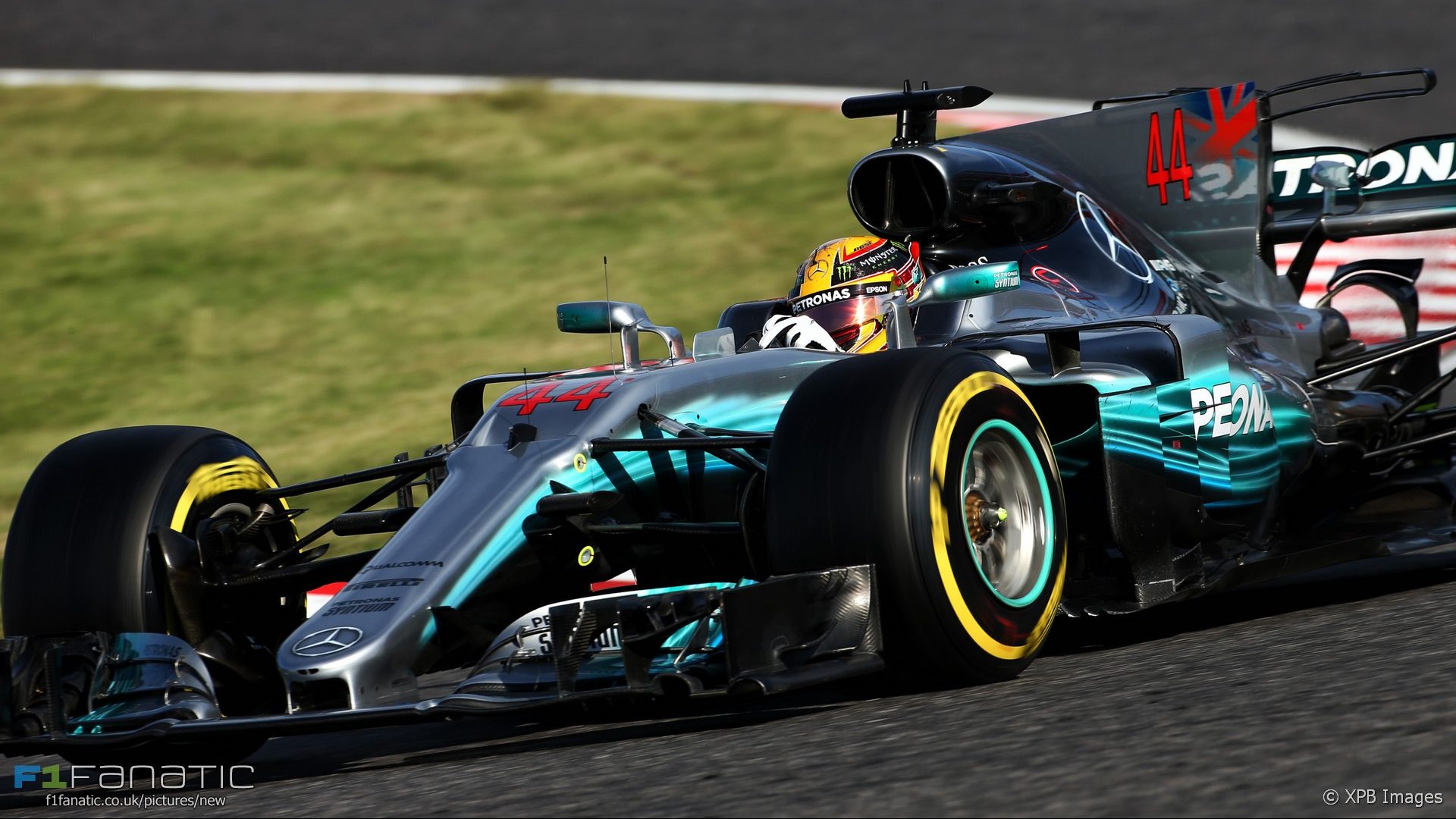 Lewis Hamilton expects there is nothing wrong with his Mercedes power unit despite warning his team of a vibration at the end of the Japanese Grand Prix.

“Lots of vibrations on this in-lap,” Hamilton told his team after the end of the race. “From the PU [power unit], after I shift.”

But speaking to the media afterwards Hamilton downplayed any concerns about his power unit.

“I don’t honestly think there’s any wrong with the engine,” he said. “I just felt a couple of things, you just point out things that you might forget to tell them after this next meeting.”

“You make lots of different switch changes and the turbos make strange noises and different vibrations come in, so I’m hoping there’s nothing.”

“I don’t think there is anything, I think it was just low… shortshifting which the engine doesn’t like so much. I think that was it.”

Hamilton has scored points in every race this year. But his championship rival Sebastian Vettel has been struck by reliability problems in both of the last two weekends.

Hamilton took his fourth new MGU-K at this weekend’s race. He moved onto his fourth engine, turbocharger and MGU-H at the Belgian Grand Prix. If he has to take further new examples of any of those components in the remaining races he will receive at least a ten-place grid penalty.

No Mercedes-powered drivers have taken any grid penalties for power unit component changes so far this year.

10 comments on “Hamilton expects no engine problems despite vibration warning”