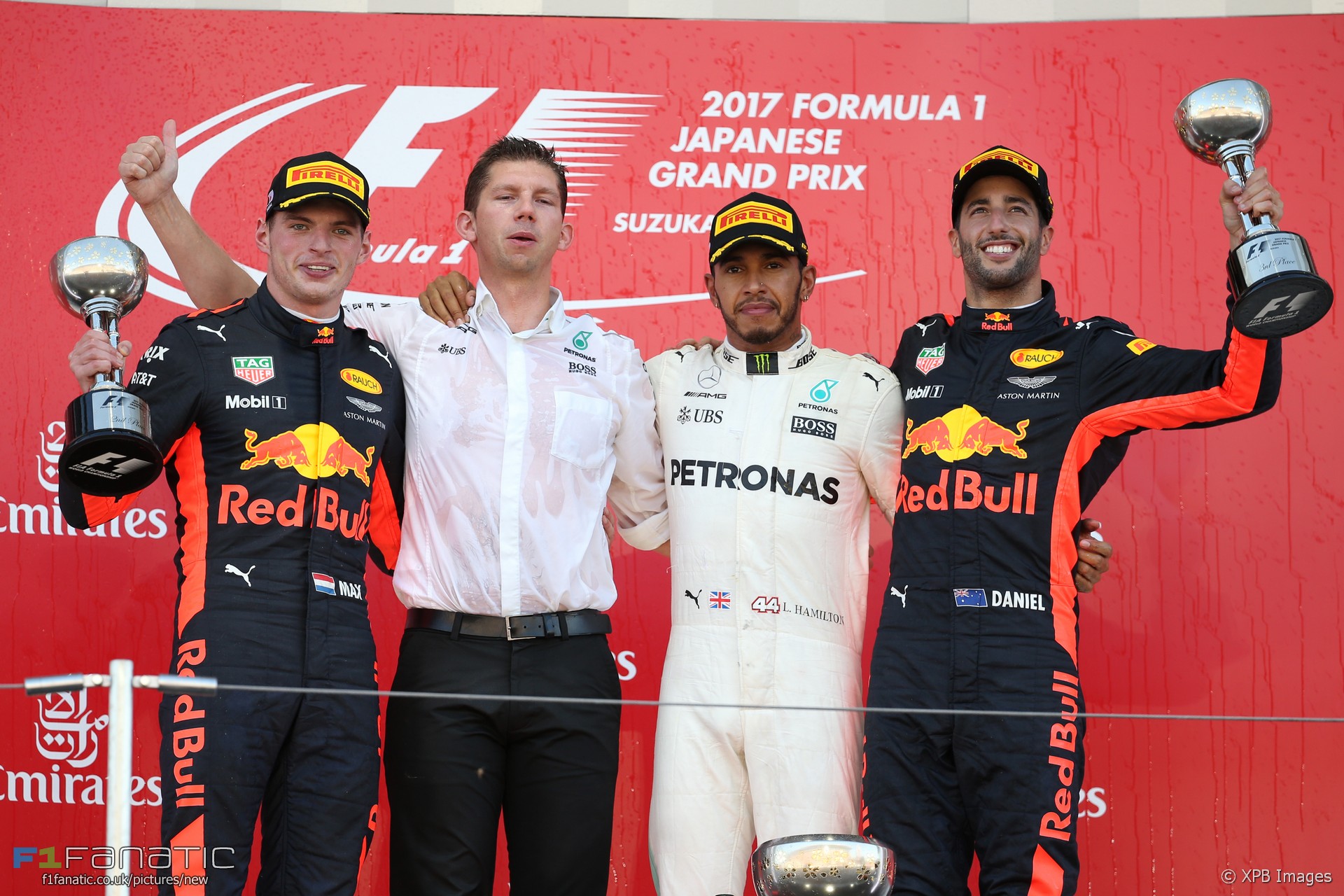 Max Verstappen says it’s unlikely he would have been able to make a pass for the win had he not been held up by traffic at Suzuka.

The Red Bull driver finished second behind Lewis Hamilton and closed within striking distance of the Mercedes in the closing laps.

“The traffic gave me a bit of a chance to close up and potentially have a chance to take him,” said Verstappen. “It was a bit of a shame the backmarkers came into play but I don’t think it made a big difference, once Lewis had clean air I would have struggled to pass him. It just seems that the Mercedes struggle when following other cars closely.”

Verstappen closed on Hamilton when the pair caught Felipe Massa and Fernando Alonso, who were fighting over the last points place. Alonso was later penalised for taking too long to let Hamilton by.

“Our car was very competitive in the corners but it meant we lost a bit on the straights and weren’t ever really able to have a proper go at it,” said Verstappen.

“The degradation on the soft was really good and the balance felt good throughout the race, which is really positive in terms of finishing the season strongly. Lewis had some difficulties when he had traffic in front but at the end of the day he was controlling it.”

Having only finished on the podium once in the first 14 races, Verstappen has now reached the rostrum in both of the last rounds, a trend he hopes to continue in the next race.

“In the race it seems we are always more competitive than qualifying, so I’m looking ahead to Austin and hoping we can carry this form on and get another podium,” he said.

7 comments on “Verstappen doubts he could have passed Hamilton”