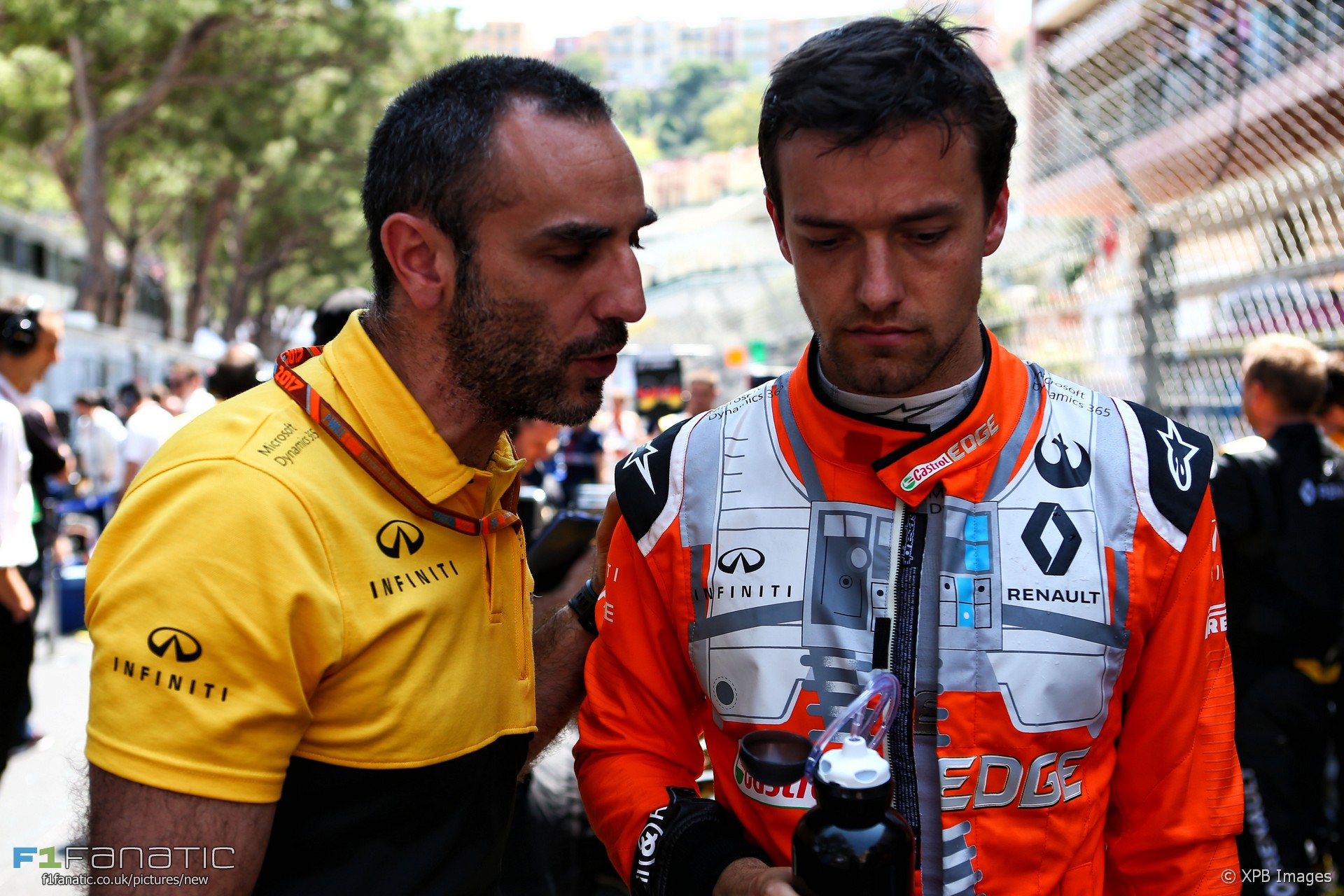 In the round-up: Jolyon Palmer explains how his sudden departure from Renault came about.

"Carlos is signed for next year and Cyril (Abiteboul) made it clear he wanted to put him in the car this year as well."

Palmer looks to new horizons after Formula One exit (Reuters)

"When I‘m sat on the plane on the way back home, probably it will sink in that certainly I won’t be driving for Renault again and maybe not in Formula One again."

"Before the Sainz move, we said we wanted Gasly to race for us in Super Formula. But now it's a fact that Gasly has to drive in the US instead of Sainz. We think the priority is Formula 1, obviously. It's the top category."

Why Ferrari may make Hamilton wait for title (BBC)

"He hasn't put a foot wrong since a lot of races. He has out-performed the car at times and the combination of Lewis and Mercedes is a really strong package."

"If I told you Seb was going to DNF twice you would have said it was impossible. This is motor racing, you have a DNF or two and suddenly things swing around."

"I remember when Nico Rosberg broke down in Singapore in 2014 which meant a big blow for his championship so we can relate to the Ferrari guys who will feel awful at the moment."

"(Second place) is definitely a good target. It’s not like fighting for the championship win, things are looking pretty good for Lewis, but I’ll do everything I can to get second."

🎥 "Thanks to the whole team, here and at the factory, we've been through a lot together."@JolyonPalmer's message after his #JapaneseGP. pic.twitter.com/g9Xv84Wd71

Ever wondered about how much weight running on the marbles after Qualifying adds? This one 90’s Goodyear slick is 1.5KGs heavier than usual pic.twitter.com/qTeJL7nxpW

Nice one, Twitter. Massive F1 spoiler in the trends bar. Although I guess any social media is pretty dangerous if you're worried about that.

Do I care the championship is over? Not while I can watch F1 cars charge round Suzuka in the sunshine.

Marko told us Gaslys start at Austin is not sure yet. "Winning Japanese Super Formula is important for Honda." No info on replacement. #AMuS

I want to cry over the #FuerzaMexico message. I wasn't expecting it, thank you @F1, teams and drivers, it warms my heart in many ways!! ❤🇲🇽❤

For some reason Ferrari decided to hold VET media time behind garage. Only a few Networks were told. Then Seb left leaving most with nothing

F1’s dumbest rule isn’t grid penalties for power unit or forcing half the grid to start the race on Q2 tyres, it’s reprimanding drivers for missing the national anthem:

Give them a fine or some other kind of sanction that doesn’t have an impact on any sporting results by all means. But this is a silly punishment.
Philip (@Philipgb)

Happy birthday to Toby and Jean!

44 comments on “Palmer: Abiteboul ‘made it clear he wanted Sainz’”