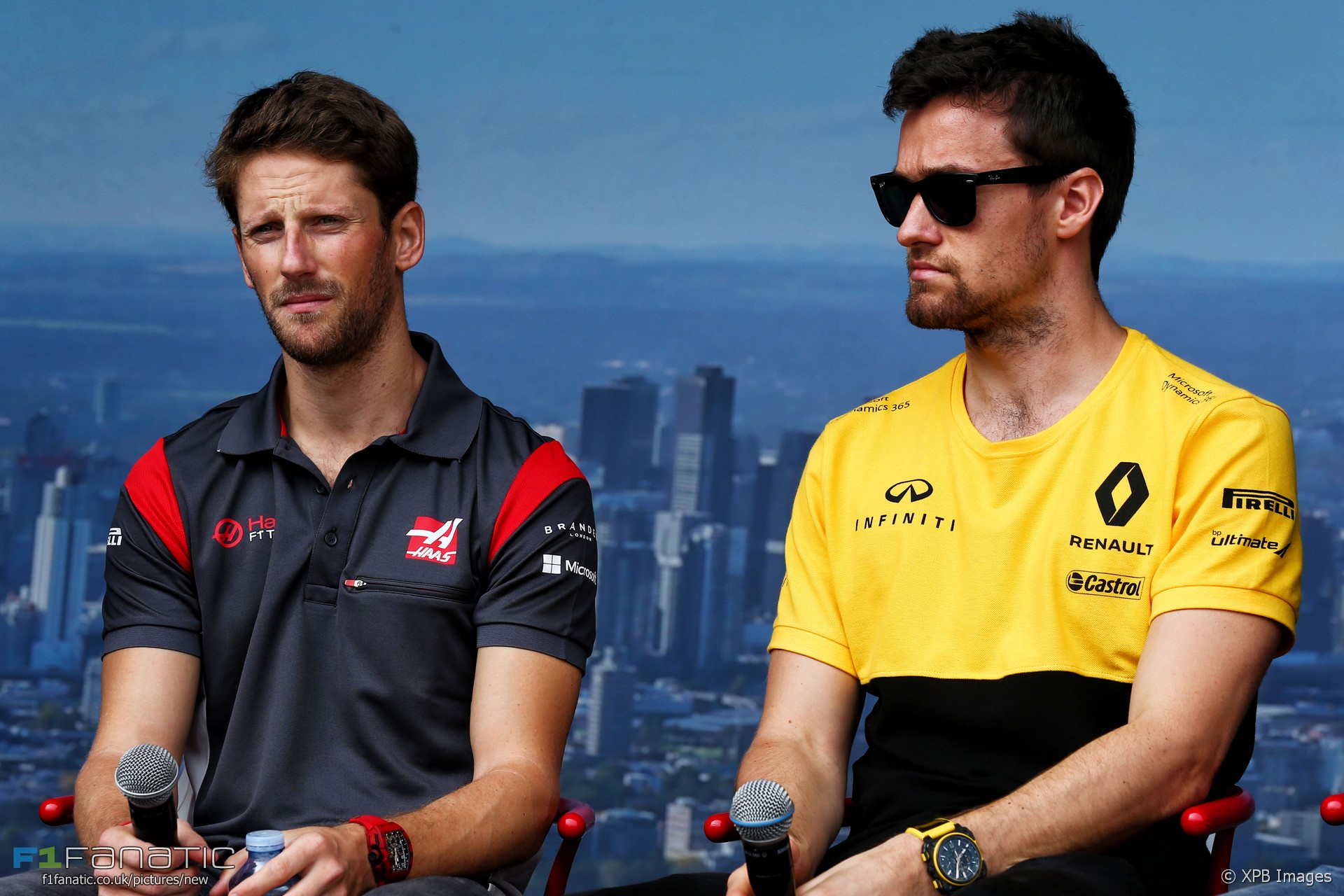 Romain Grosjean says his career shows Jolyon Palmer could return to F1 eventually despite his mid-season departure from Renault.

Palmer revealed following qualifying at Suzuka that he had decided to step down from Renault before the end of the season. The team had already announced Carlos Sainz Jnr has his replacement for next season and the Toro Rosso driver will now make an early move to the team this year.

Grosjean made his F1 debut with Renault in 2009 as a replacement for Nelson Piquet Jnr. However he was not retained by the team for 2010 and spent two years out of Formula One before coming back.

“At the end of 2009 I wasn’t any more in Formula One,” said Grosjean in an interview with Ziggosport. “I did some GT World Championship, I did some Auto GP, GP2, I tested Pirelli tyres and I came back to Formula One. So that was the first part of my career.”

“I’ve been through a tough time when I wasn’t in Formula One any more. I believed in my dream and I made it by coming back in GP2 and so on. We all have different careers and we’re all in different places but it’s not impossible to come back.”

However Grosjean admitted it would be “tough” for Palmer to make his way back into F1 with so few seats available.

“There is only 20 seats in the world,” he said. “It’s a tough one. Every seat is taken, we all have long careers so it just makes it harder to come in.”

17 comments on “Grosjean: F1 return not impossible for Palmer”