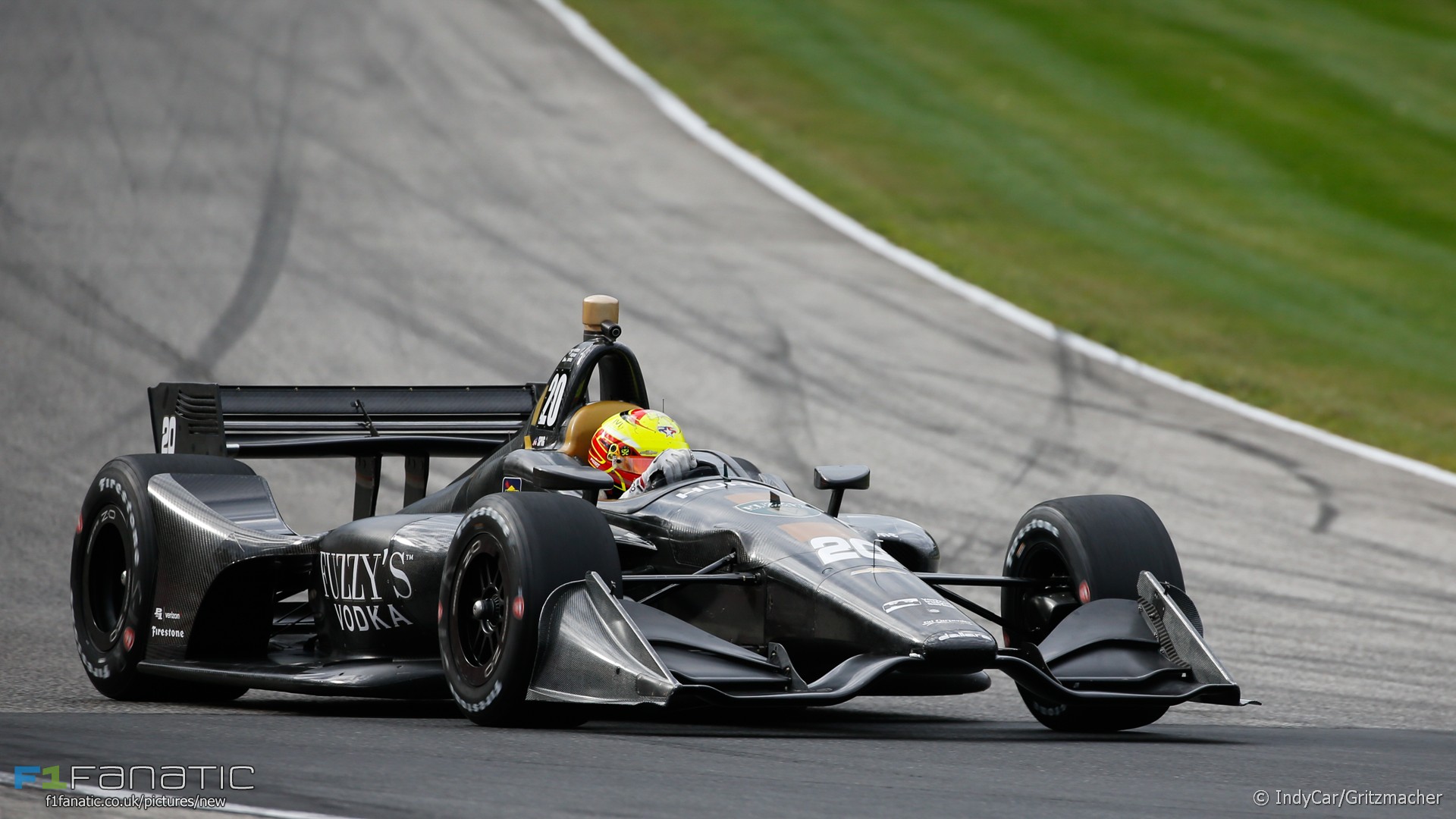 The Halo head protection system devised in Formula One which is already spreading to other championships will not be used in IndyCar.

However the series chief executive Mark Miles said the series plans to test a windscreen and could introduce one on its redesigned chassis during the 2018 season.

In August the FIA said its simulations showed the Halo would have had a beneficial effect in crashes such as that which claimed the life of IndyCar driver Justin Wilson at Pocono in 2015. However Miles said there practice reasons why Halo would not work in IndyCar.

“Forget what each of us may think about it aesthetically or otherwise,” he told the New York Times, “it’s pretty clear that since we’re on ovals and they’re banked, the driver couldn’t see up through it. You’ve got to be able to see up.”

“We think greater head protection is important,” Miles added. “We’re working on it. It won’t be a halo, it will be some form of a windscreen.”

Formula One has evaluated two different kinds of screen, including Red Bull’s ‘Aeroscreen’ and the ‘Shield’ which was evaluated by Sebastian Vettel at this year’s British Grand Prix. Both were rejected in favour of the Halo. The Aeroscreen did not perform as well as Halo in tests and Vettel said the Shield caused problems with his vision:

Miles is open to introducing additional head protection at some point during IndyCar’s 2018 season, which begins in March and runs until September. “It’s not going to be in March but it could be during the season,” he said.

IndyCar is already introducing a new shape chassis for its 2018 season, based on the same Dallara the series introduced in 2012.

Other championships have followed F1’s lead in introducing the Halo, which will appear on cars in 2018. Formula Two’s new car for 2018 uses the Halo and so does the Americas F3 championship car, which was launched at the United States Grand Prix weekend.