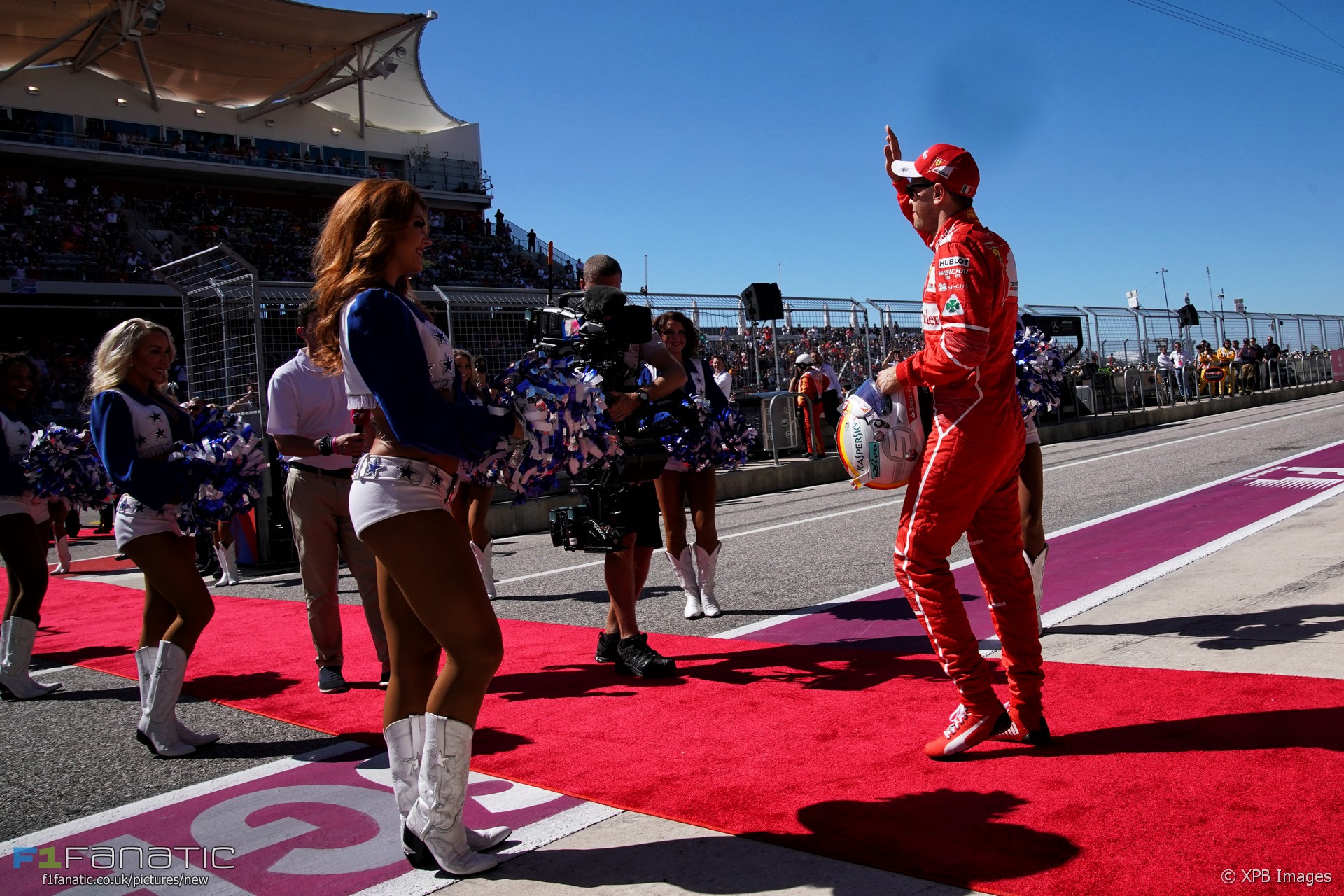 Sebastian Vettel doubts a pre-race show of the kind seen at last weekend’s United States Grand Prix would be successful at his home race.

The Ferrari driver dismissed the idea of trying a similar stunt when F1 returns to Germany at the Hockenheimring next year. “I don’t think so,” he said. “I think Germans are very difficult to get excited.”

Vettel gave a lukewarm verdict on the spectacle, which included having the drivers introduced by name as they appeared on the grid.

“I think for the people it might be nice if they like it and obviously it’s a nice idea,” he said. “For me, yeah, I don’t really care to be honest. I like jumping in the car and racing. I’m not a big showman.”

Lewis Hamilton gave a more positive verdict. “I think it was amazing,” he said.

“There was a little bit of waiting in the hallway, waiting for everyone to go out. That part felt a little bit long.”

“But I think they just made the SuperBowl here, they made the race, I think the entertainment was the best I think we’ve seen, with the drum line, the whole band. Yeah, I think the whole set-up. It was great to see something different.”

“For many many years, the whole ten years, it’s been the same old boring thing on the grid except for now you have the national anthem but not really too exciting. I think this one was just much more like an NFL game which is exciting, with the fireworks and everything.”

Fernando Alonso added to the mixed verdict on the pre-race fanfare, saying it felt like a “bad copy” of the Indianapolis 500.