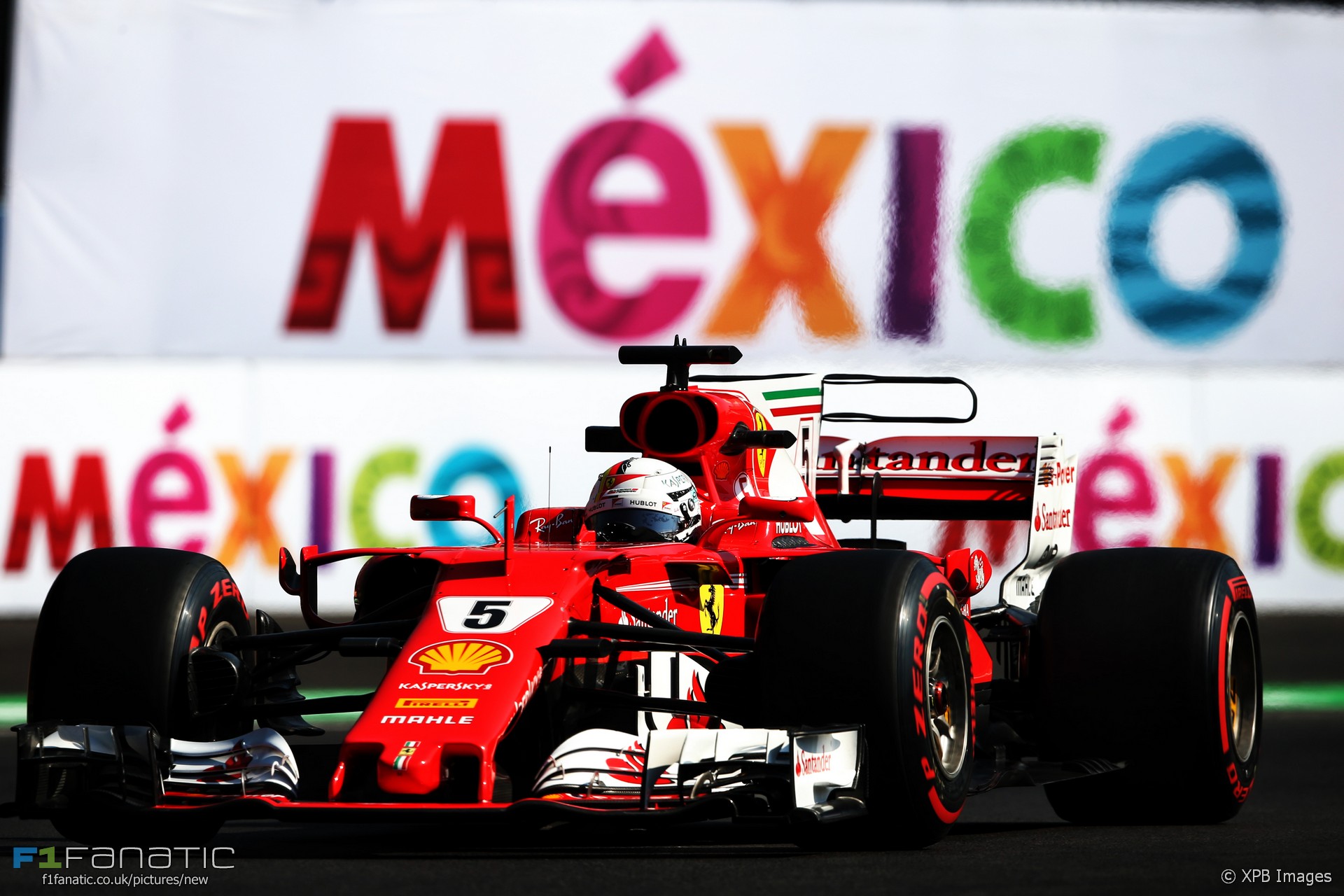 Sebastian Vettel had an unusual problem in second practice when a fire extinguisher failed in his Ferrari.

Here’s the best of the team radio messages from practice.

Hartley: “Throttle map’s still very poor.”
“We see the problem. We will fix it for the next run.”

Magnussen: “Have I got a puncture?”
“No looks OK. Pressure at five. Slow down and box. We are losing water so this is your feeling.”

Leclerc: “It’s a huge mess on track. They’re all slowing down in the last sector.”
“Yeah there’s a lot of traffic there.”

Gelael: “Is there something wrong with the reacharge?”
“Recharge is on. Never mind, recharge off”

To Gelael: “You had a little bit too much front lock, then when the front lock recovered it caused the spun. So careful there.”

Sainz: “A lot of traffic at the moment.”
“Just try and find some space.”

Raikkonen: “I will do one extra lap.”
“OK understood. Just go charge, bring the battery up. Eight seconds to Ricciardo.”

To Vettel: “Watch the white line. Diff in, diff mid minus one test. And FW one available. FW test. Constant speed, 200kph.”

Stroll: “What the hell is this guy doing? He just literally come out of the pit lane.”
“Yeah we saw that.”
Stroll: “And just does the line.”

Stroll: “The tyres are really finito.”
“OK we want to stay out.”

To Vandoorne: “Front brakes are new, good warm-up on brakes.”

Ocon: “The car is pulling left to right in the straight.”
“OK copy that. We’ll just see how it goes when it warms up.”

Vandoorne: “Is everything OK? Something feels a bit… car is going sideways.”
“OK Stoffel suggest to pull over in the slow lane.”
Vandoorne: “What should I do?”
“Engine off.”
Vandoorne: “Engine is off.”

To Hamilton: “Just keep the speed down coming in to avoid any damage.”

Vettel was alarmed at first about an unfamiliar sensation in the lower part of his race suit.

Hamilton: “Had some strange drop-outs in power.”
“OK copy.”

To Hamilton: “Remember on slow laps we need full throttle or low throttle. Somewhere in the middle puts exhaust temps up, causes drop-outs.”

Stroll: “Tyres not good. I have no rear. Nothing.”

“If you feel like we’ve got the best out of the tyres, box.”
Ricciardo: “Yeah I’ve not put it all together yet.”

Verstappen: “The engine is doing weird things on pick-up.”

Esteban we want to check the anti-stall so when you pull into the box do not engage clutch. Stay in first gear.”
Ocon: “Copy”

Ricciardo: “With the power unit, is that why I didn’t have the power at the start?”
“Yeah just engine temperature.”
Ricciardo: “OK.”

To Vettel: “Tailwind at turn four.”

Max Verstappen’s session ended with a power unit failure, though it was on an old engine.

“Box Brendon.”
Hartley: “Copy, sorry about that.”
“Look after the car on the pit entry if we have dirty tyres.”

Hartley: “Feel something strange at the end of the straight line.”