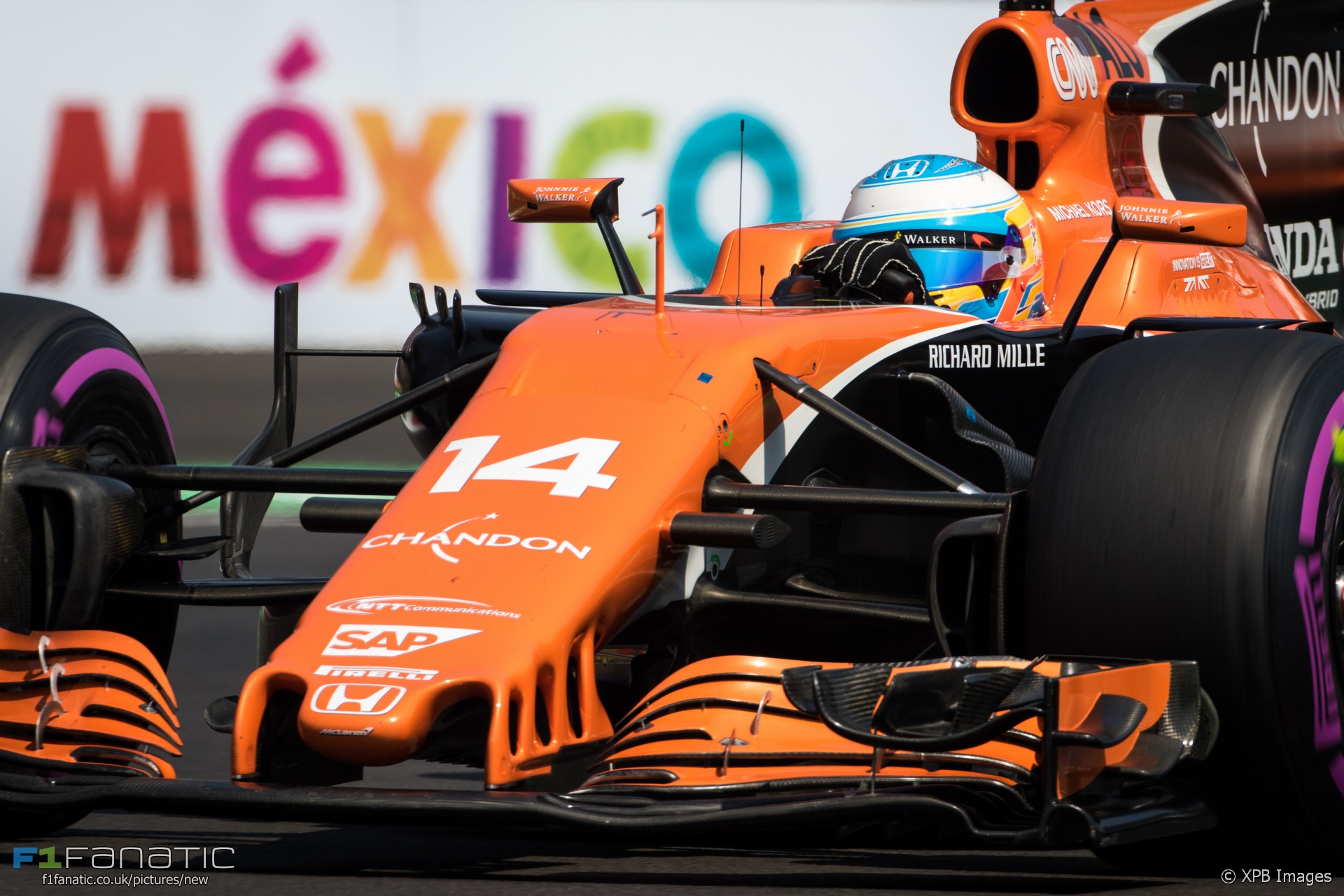 Fernando Alonso believes McLaren have the best handling car of all ten teams at the Mexican Grand Prix this weekend.

After posting the fifth-quickest time in Q1 in qualifying – a time that would have been fast enough to get McLaren into Q3 – Alonso and team mate Stoffel Vandoorne both chose not to run in Q2 due to their grid penalties.

Alonso says he believes McLaren have the potential to be particularly strong around the Mexican Grand Prix circuit.

“We were surprised from yesterday,” says Alonso. “I think we saw very good potential in the car from practice, that was a nice surprise.

“Today we confirmed it in qualifying, being very strong. The car felt great. Great grip in the corners and the high speed sectors especially. For the last three years we’ve struggled a lot, but I think today, at least, we had probably the best car out there.”

Despite the performance, both McLarens will be starting tomorrow’s race from near the back of the grid following their latest round of excessive power unit element grid penalties.

“Obviously it’s frustrating,” admits Alonso. “We have to pay penalties in four or five races in the season. You know, those races it seems that we could be very competitive without penalties, but nothing we can do now. Hopefully we can recover tomorrow. It’s going to be interesting if we can overtake cars, that will be the key point because I think we have the pace.”

20 comments on “Alonso: McLaren have best handling car this weekend”