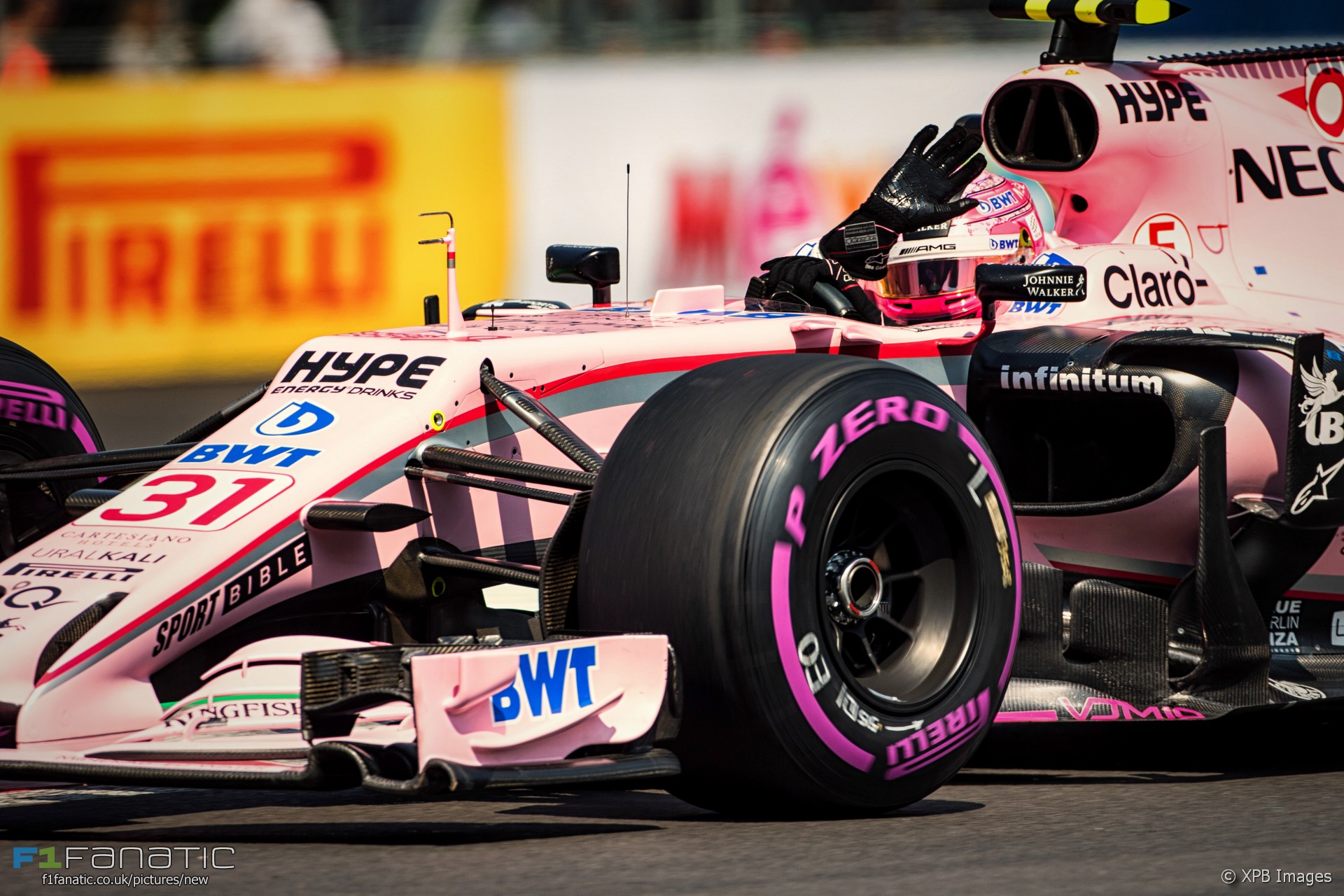 Esteban Ocon says he ‘really believed’ he had an opportunity to take a maiden podium appearance during the Mexican Grand Prix.

Ocon spent the opening 20 laps in third position but ultimately finished fifth after he was passed by both Ferraris of Kimi Raikkonen and Sebastian Vettel at different stages of the race.

“I was there in P3 for so long. I had a good start and managed to stay out of trouble and gain from the others. I was P3 for so long – I really believed in it! But it was the maximum we could do today and luck was not totally with us with the Virtual Safety Car and Raikkonen.”

Asked if he believed he could have held onto third without the Virtual Safety Car intervention mid race, Ocon believes he would have had an opportunity.

“It would’ve been close, but I think so,” says Ocon. “You cannot predict the future. We did the optimal strategy we could today and there was nothing left.”

Ocon now has his mind set on achieving his first podium appearance before the 2017 season has concluded.

“There are two races to go,” says Ocon. “At the moment, we are doing a very strong job from the team. So if we keep going, I’m sure we’ll get it.”

14 comments on “Ocon believed first podium was within reach”