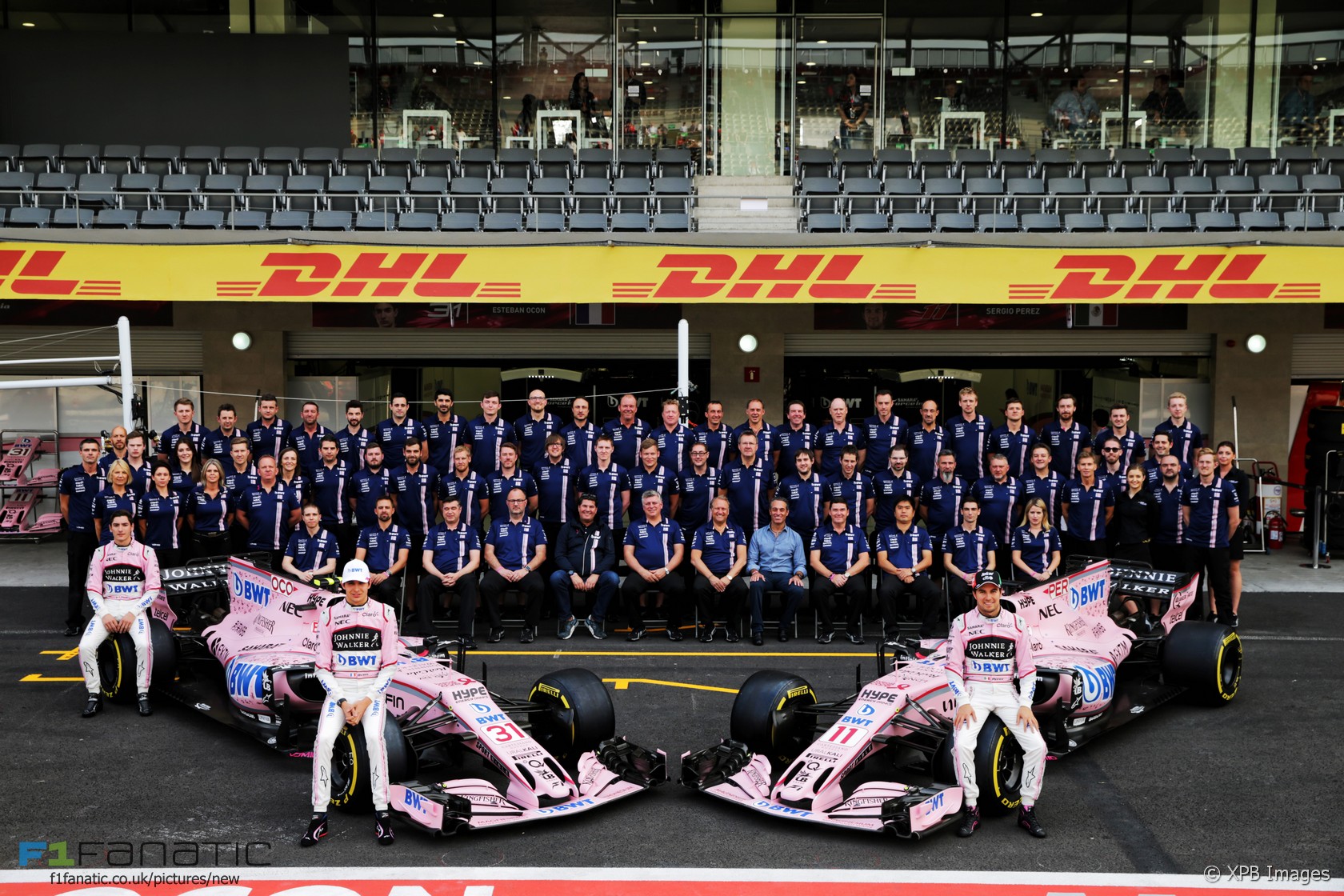 Force India are celebrating securing fourth place in the constructors’ championship for the second consecutive season after a double points finish in Mexico.

A fifth place finish for Esteban Ocon and seventh for Sergio Perez confirmed that Force India would end the season fourth in the standings behind Mercedes, Ferrari and Red Bull for the second year in succession.

The team’s chief operating officer Otmar Szafnauer says his team’s innovation has enabled them to perform at a high level despite their relative lack of financial clout.

“It’s not easy and I think next year will be even more difficult, so I’m grateful to everybody at Silverstone, where most of the work happens. I have to thank the entire team. They’ve done a fabulous job this year, especially to keep on developing the car like we have until the end.”

Asked if the result meant the team would lift the restrictions on racing between Ocon and Perez following high profile collisions involving the two this season, Szafnauer said the two would be free to race.