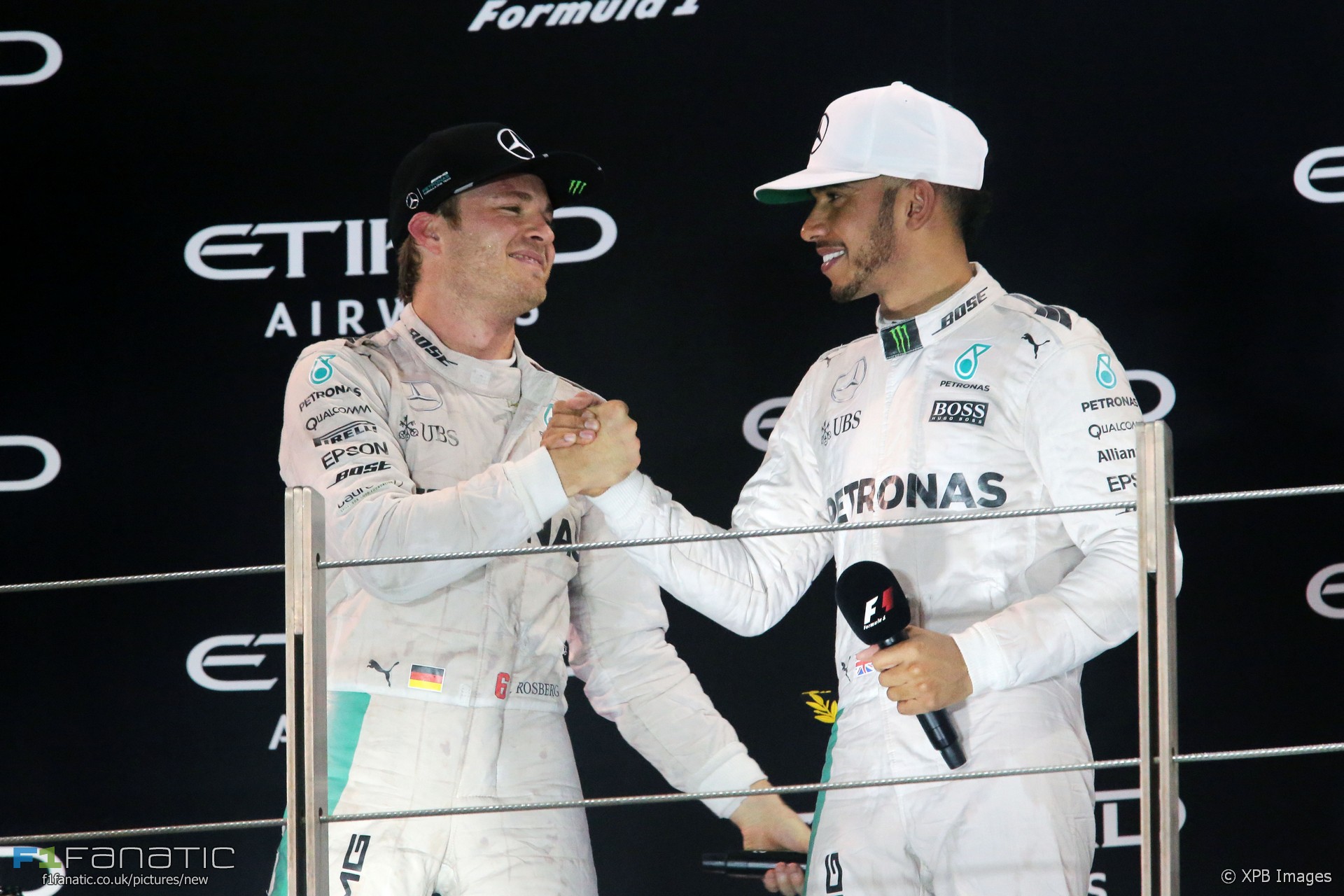 As title-deciders go, the Mexican Grand Prix was somewhat anti-climactic.

Not least because the newly-crowned champion was well out of the action Ninth place for Lewis Hamilton’s is the lowest position a driver has ever finished in while clinching the championship: one below Michael Schumacher’s eighth in the 2003 Japanese Grand Prix in which he won his sixth world title.

Seven drivers posted no-scores in their championship-deciding rounds. Technical problems forced out Jack Brabham in the 1966 Italian Grand Prix and Jackie Stewart in the 1971 Austrian Grand Prix, but both won the title anyway. More controversially Alain Prost in 1989, Ayrton Senna in 1990 and Schumacher in 1994 all won the title after crashing into their championship rivals.

The other non-scorers were more unusual. Nelson Piquet won the championship 30 years ago today when his team mate Nigel Mansell withdrew from the Japanese Grand Prix due to a practice crash. And poor Jochen Rindt died before clinching the 1970 title, which became his at the 1970 United States Grand Prix.

With 50 points left available, Hamilton’s 56-point lead over Vettel means he is un-catchable. That gap is equal to the number of points Vettel lost in those three disastrous races in Singapore, Malaysia and Japan. This year is also the first time Vettel has led the world championship but failed to win it.

However Vettel can still lay claim to being the youngest driver ever to win four world championships. He was 26 years and 116 days old when he won the 2013 title. At 32 years and 303 days, Hamilton is 11 weeks older than Michael Schumacher was when he won his fourth world championship in 2001. The sport’s only other four-times champions were several years older: Alain Prost was 38 (1993) and Juan Manuel Fangio 45 (1956).

Despite his low finishing position Hamilton sustained his 100% points-scoring record for this year and increased his total points-scoring streak to 23 races. This is the third-longest in F1 history, tied with Fernando Alonso’s best scoring streak, and four shy of Kimi Raikkonen’s all-time record.

Esteban Ocon extended his streak of finishes to 27 and his streak of points scores to 12. He also tied his career-best finish with fifth. That helped Force India equal their best-ever result in the world championship as they now cannot be caught for fourth place.

It was a relief for Ocon who had to sit out the first practice session while Alfonso Celis drove his car. Into a wall, as it turned out. Force India’ occasional test drivers have an unfortunate habit of doing this: Daniel Juncadella shunted Sergio Perez’s car in practice at Interlagos in 2013 and Nico Hulkenberg binned Paul di Resta’s car at Valencia in 2011. It’s not a problem unique to this team, however: at the Hungaroring earlier this year Antonio Giovinazzi put Kevin Magnussen’s Haas in the barrier.

Ocon’s Formula Three rival Max Verstappen capitalised on the first-lap clash between Vettel and Hamilton to post his most dominant result to date. For the first time ever he led every lap of a race.

He has now won three races without ever starting from pole position. This is one less than the record jointly held by Eddie Irvine and Bruce McLaren.

His third win means Verstappen has now won as many races as Mike Hawthorn, Peter Collins, Phil Hill, Didier Pironi, Thierry Boutsen, Heinz-Harald Frentzen, Johnny Herbert and Giancarlo Fisichella. In a bizarre coincidence, all three of Verstappen’s wins have come in races immediately after Daniil Kvyat has been demoted.

In a reversal of fortune following his problems earlier this year, Verstappen was among just two of the six-Renault powered cars to reach the chequered flag. The other was Pierre Gasly, who’d had his fill of problems in practice and did only 12 laps of a track he’d never driven on before the race. Daniel Ricciardo dropped out early on meaning he and Verstappen have each had four retirements due to technical problems during the season.

Have you spotted any other interesting stats and facts from the Mexican Grand Prix? Share them in the comments.