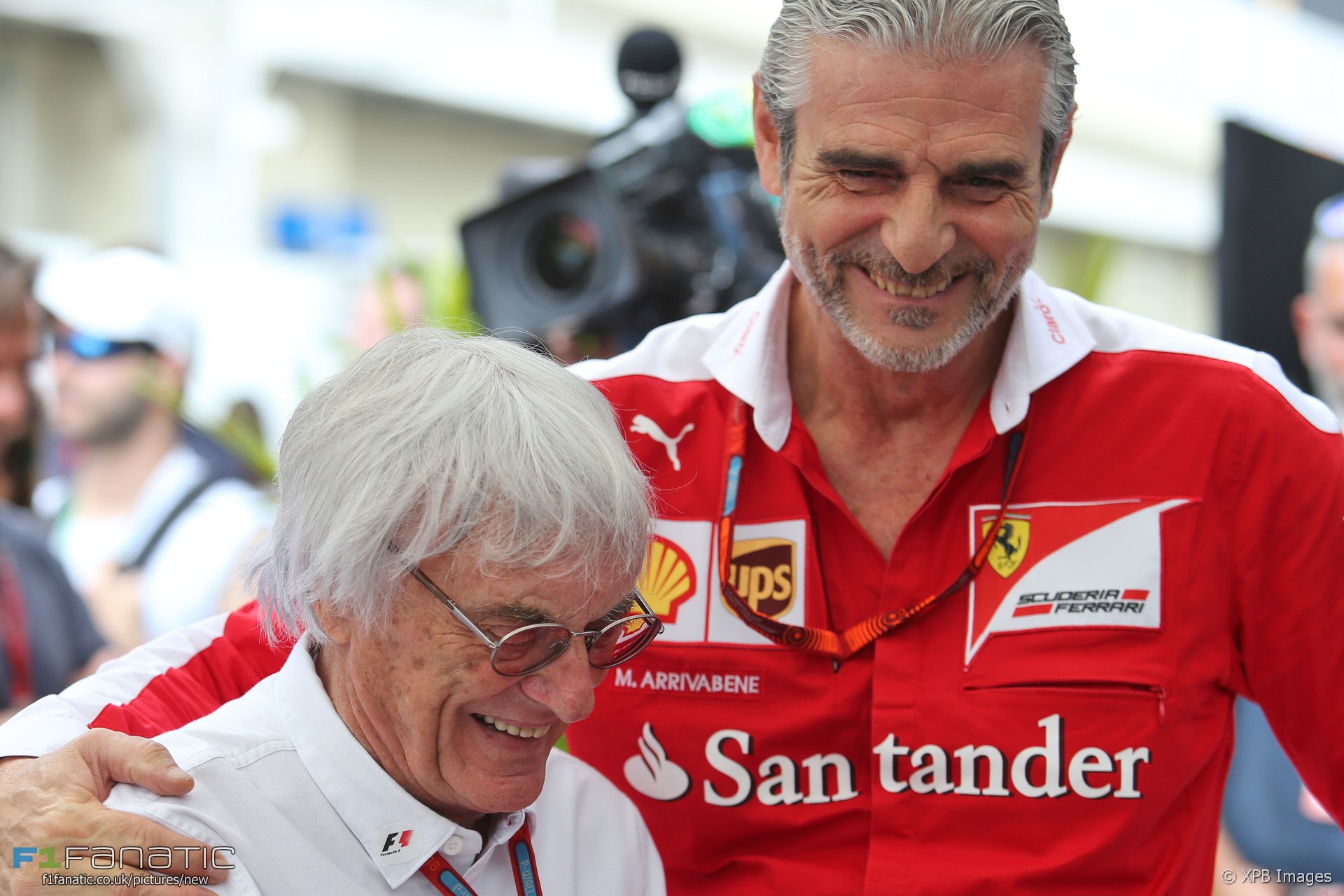 In the round-up: Former Formula One commercial head Bernie Ecclestone warns Ferrari will leave if they believe the rules do not favour them.

"If they can't win, they will put forward new regulations. If the regulations come out where Ferrari think it is going to be a struggle and they can’t support the money then they will leave."

"There is also concern that Ricciardo's broken MGU-H may be unsalvageable, which could mean he has to have yet another engine change penalty for the next race in Brazil."

"I would think that in 10 years, we should have the ability to win a race, and if we can’t, I guess we failed."

"I always knew he was a good driver, but I never knew how much he works."

Will be very difficult any F1 Top Driver will stay more than 2 years in a Team, who has no results as McLaren-Honda, as Alonso did x 4 years

Congratulations dear @MassaFelipe19 for your superb career in @F1 ! I am sure new chapters will open for you soon pic.twitter.com/C395zsdIXb

With Felipe Massa on his way out of F1 again, are Williams going to replace him with the one driver many fans would like to see in his place?

My guess is that doubts over Kubica are to do with how he would hold up over the course of a season rather his outright pace. And as much as I would love to see him back, I think that any team making rational decisions has to consider that. Of course what we hear is only the tip of the iceberg of what gets said and done behind the scenes, but I am starting to get a feeling that if they were going to sign him they would have done it by now.
@Maciek