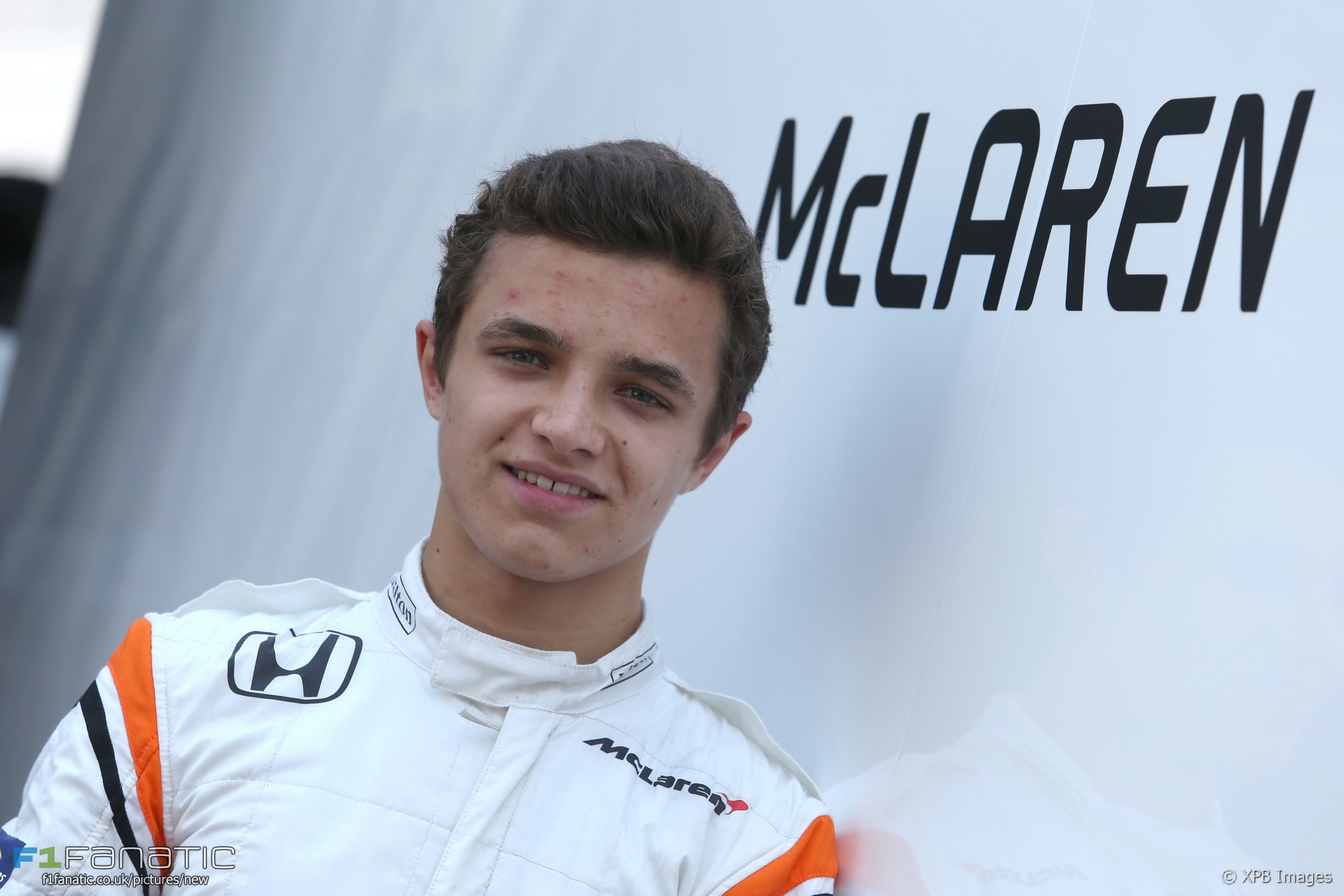 Lando Norris will be the official test and reserve driver for McLaren in 2018, the team has confirmed.

The European Formula Three champion impressed the team at his test for them at the Hungaroring earlier this year.

“The last 12 months have been an incredible journey for me,” said Norris. “I’ve enjoyed every single minute and this is just an amazing way to bring the year to an end.”

“I’m really looking forward to helping the team, starting next week with the tyre test at Interlagos, and I will work harder than ever to learn and develop across the next year. I have two excellent teachers in Fernando and Stoffel, and I will do my best to help with the team’s efforts to get back to the front.”

Norris is expected to move into Formula Two next year. “I’m still working hard to finalise my own racing programme for 2018,” he said. “We’re close on a number of different fronts, but not quite there yet. I hope to be able to announce something shortly.”

“Today’s announcement is thoroughly deserved, and underlines the incredible high regard in which we hold his abilities. By winning last year in Formula Renault, triumphing in the McLaren Autosport BRDC Young Driver Award, and then showing the speed and consistency needed to win the European F3 championship, he is undoubtedly carving himself a reputation as one of the very best up-and-coming single-seater drivers in the world.”

“His summer test for McLaren was also remarkably impressive, and was further proof that he is ready to step up and take on a role of this size, scope and responsibility.”

“At McLaren, we are all extremely keen to help him achieve his goal of racing in Formula 1.”