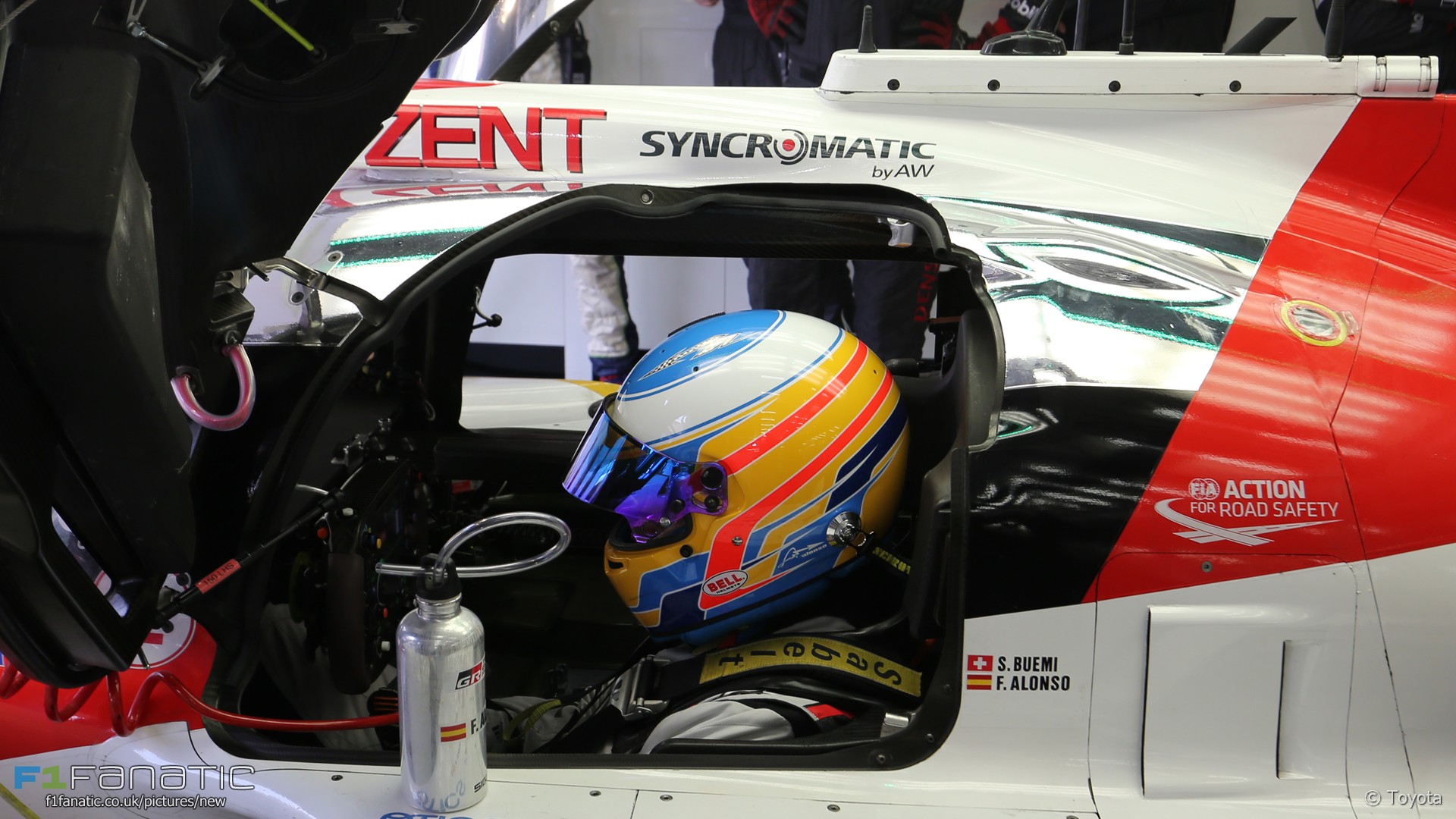 Fernando Alonso said he was very impressed with Toyota’s World Endurance Championship car after testing it for the first time in Bahrain today.

The McLaren driver, who is tipped to enter next year’s Le Mans 24 Hours with the Japanese manufacturer, said he was particularly impressed with the car’s performance over a long run.

“It was a great day,” said Alonso. “Testing an LMP1 car is always a nice thing for any racing driver because these cars are amazing to drive.”

“They are very consistent throughout a stint which is a positive thing. I have wanted to test a car like this for a long time now and today I could achieve that so I am happy.”

Alonso completed 113 laps of the Bahrain International Circuit in the TS050, covering more than 600 kilometres. His best lap time was 1’43.013. The quickest time set by the team during this weekend’s World Endurance Championship round at the track was Mike Conway’s 1’39.517 set during qualifying.

Conway was also among those driving for Toyota today, covering 64 laps. Sebastien Buemi, another of the team’s regular drivers, did a 10-lap run and 19-year-old rookie Thomas Laurent was given 31 laps in the car.

37 comments on “Alonso raves about WEC Toyota after first test”