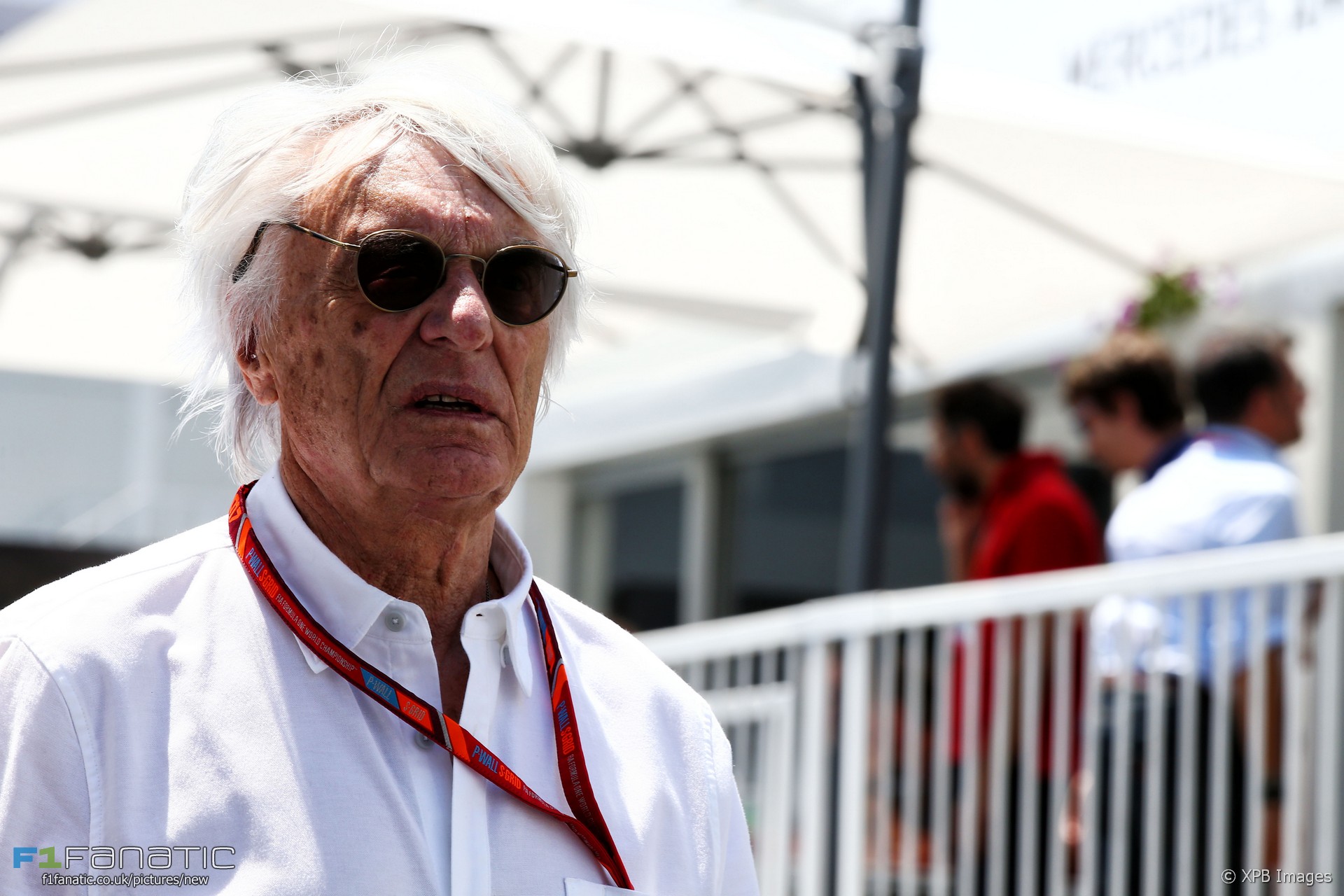 In the round-up: Former Formula One chief Bernie Ecclestone has continued his criticism of the management of the sport by his successors at Liberty Media.

"It isn't proper to treat F1 like a fast-food restaurant. That's the US standard. It's far below F1's. Everyone who has been involved in F1 for the last 40 years expects a higher standard."

"When I spoke to him later, I was like 'that's a sign of disrespect, so don't ever disrespect me like that again otherwise then we will have problems'"

"Ferrari made clear it would not back such a move on the grounds that it had already devoted time and resources to ensuring its engines were reliable enough to last the extra mileage."

"I think without this moment, I’m sure also Formula 1 might not have happened."

It seems few of you are won over by the proposed new F1 logos:

I like the current F1 logo simply for its clever use of negative space for the ‘1’. To me, it’s the kind of logo that rewards you for studying it.

The first thing that caught my eye is that the trademark applications are all monochrome – this makes it immensely easy to theme and colour based on need, unlike the current logo which is red and black.

Of the three logos that were trademarked, I like the right-most one the least – it looks clunky and inelegant, and I cannot understand why the middle of the ‘1’ is offset to the right (I understand its offset similar to the horizontal stroke of the ‘F’, but why?).

The first one is probably the easiest to recognize, as it contains a clear ‘F1’ lettering. But beyond that, its boring and feels old school.

The second one is an attempt to design a clever logo – a track layout, with a 1 in it. However, the execution falls flat, since a ‘1’ does not lend itself to such a design. That said, if they ever redo the Formula 2 logo, then a ‘2’ could inspire a neat chicane (but don’t do it, the current F2 logo is a very tidy one).

I’d just ask Liberty to go back to the drawing board, or better still, fan-source the logo.
@Phylyp