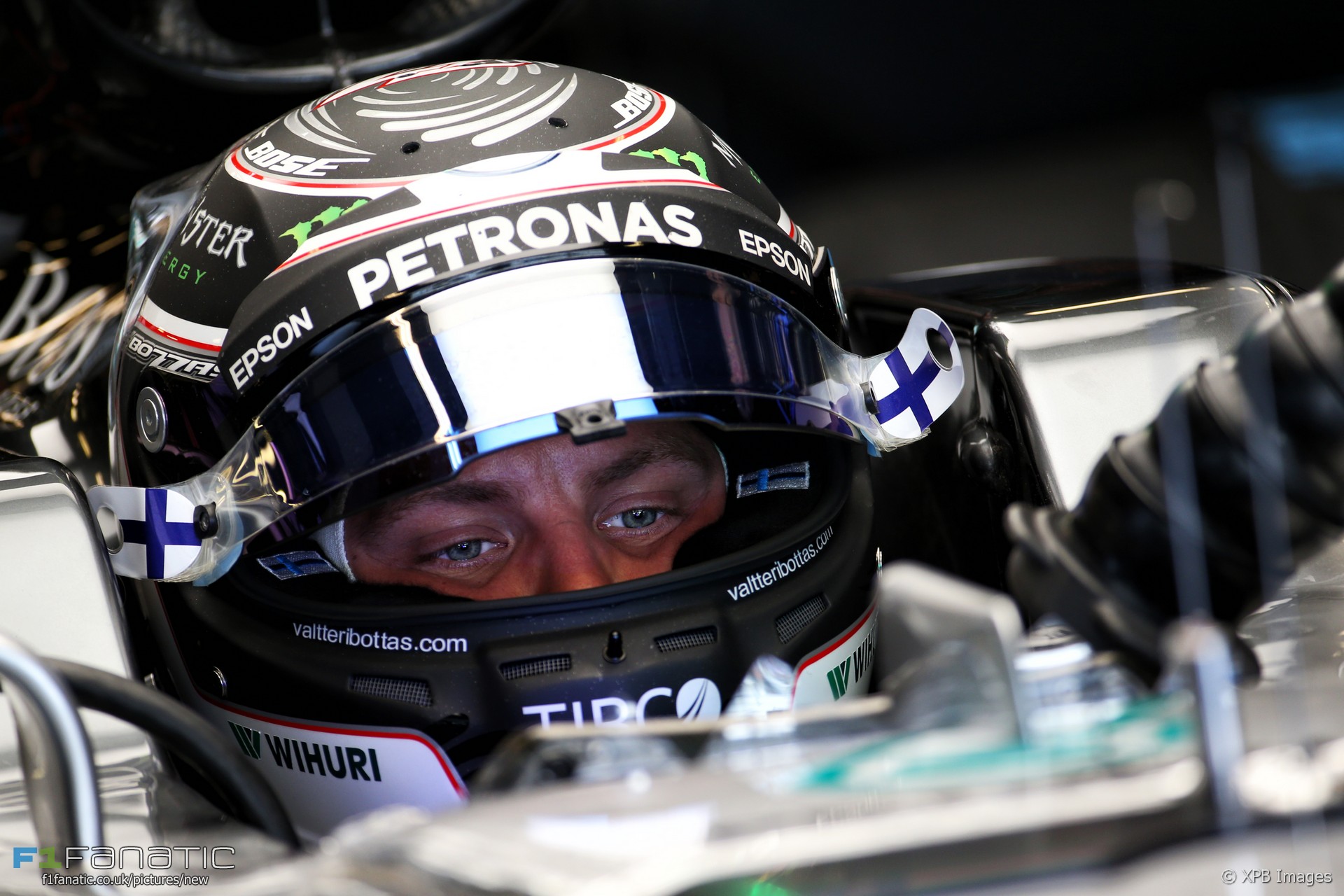 The stakes are high for Valtteri Bottas. He’s had a difficult second half of the season with Mercedes but victory in the final race could see him end the year on a high.

He’s on pole position, as he was in Brazil two weeks ago. But on that occasion he was too timid at the first corner, allowing Sebastian Vettel through into a lead he was never going to relinquish.

In Abu Dhabi he will have to face down his team mate as they head into the first corner together. If he can manage that much he should be well-placed to claim the win, particularly as he’ll be in a position to have first call on strategy from Mercedes and be protected from the ‘undercut’.

Hamilton’s chances of passing him on track are not great, as he hinted at after qualifying. However Hamilton does have the advantage of having a fresher engine in his Mercedes having been able to fit one in Brazil following his crash in Q1.

Mercedes were comfortably ahead in qualifying as expected. But much of that can be put down to their usual one-lap advantage on Sunday, as their superior second sector times hint at.

Vettel and Daniel Ricciardo on row two will be counting on splitting the two Mercedes drivers at the start if they are to have any chance of threatening them for victory. Their race stint pace looks good enough for this to be a possibility, though as this is expected to be a straight one-stopper they won’t have much room to manoeuvre unless the Safety Car comes out.

There’s a tremendous battle brewing behind the ‘big six’. Renault are back on form after a rough few races, though question marks remain over their reliability in the hot conditions, and only Nico Hulkenberg was able to qualify where the car belonged. The Force Indias are poised for another fraternal battle and have Felipe Massa close behind.

Fernando Alonso is one ‘new tyre pole’ in 11th which he’s not dissatisfied with. “It’s not worth making it into Q3 to be ninth or 10th and then start on a scrubbed set when the guy just behind you can start on fresh tyres,” he said. “Tomorrow we’ll be that guy, and we’ll take advantage of the situation.”

Given their straight-line speed disadvantage of up to 15kph McLaren’s best hope is to head for the pits early if they can and stretch that second stint. They won’t have to worry as much about tyre life at the start of the race and will have a slight grip advantage over those one worn rubber. Expect the usual combative first lap from Alonso.

Who’s going to win the final race of the year? Can Bottas end his difficult second half of the season on a high?

Share your views on the Abu Dhabi Grand Prix in the comments.