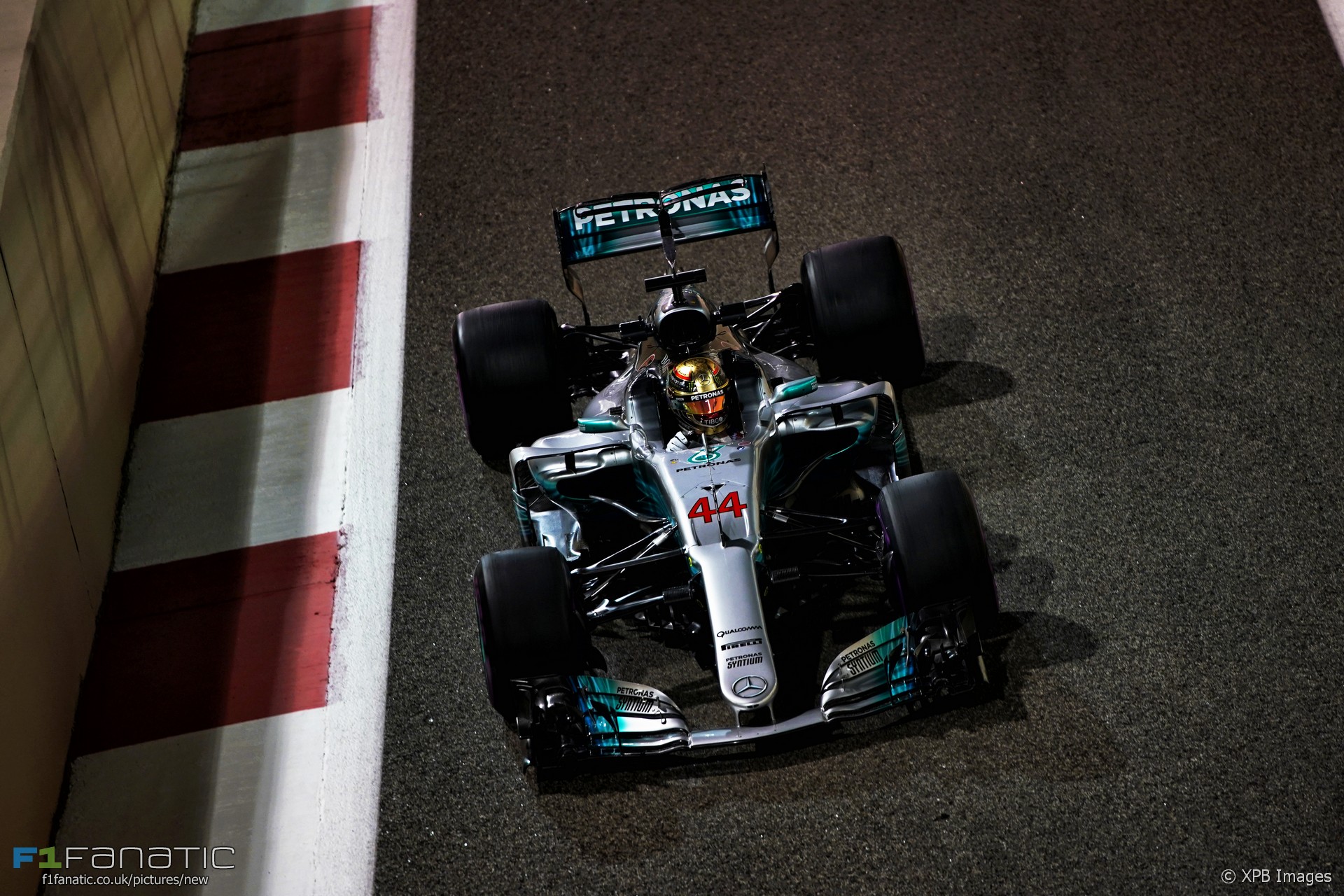 Lewis Hamilton says he hopes the final race of 2017 won’t be a procession after being beaten to pole position by his team mate.

The Yas Marina circuit has a reputation for producing processional races. But Hamilton is hoping for a lively Abu Dhabi Grand Prix, which he will start alongside Valtteri Bottas.

“I just hope it’s not like a train tomorrow,” he told the media after qualifying. “That there’s some sort of battle. Whether it’s degradation or pit stops or whatever.”

Hamilton admitted he had made too great a compensation for falling track temperatures when choosing his set-up for qualifying.

“Practice had gone good this morning,” he said. “I was really comfortable with the car.” Hamilton had been over a quarter of a second faster than Bottas in final practice.

“This track gets cooler in the afternoon so you make some changes to counteract it,” Hamilton explained. “I may have gone too far, I have gone too far. I was fighting the car the whole time.”

The closest Ferrari was half-a-second slower than the quickest Mercedes in qualifying which Hamilton said he “wasn’t expecting” before the session began. “But generally when it gets cooler that bodes well for us,” he admitted.

Bottas took his fourth pole position of the year and set a new track record for the Yas Marina circuit with his lap of 1’36.231. “Valtteri did an exceptional job today,” Hamilton added. “He deserved to have pole.”