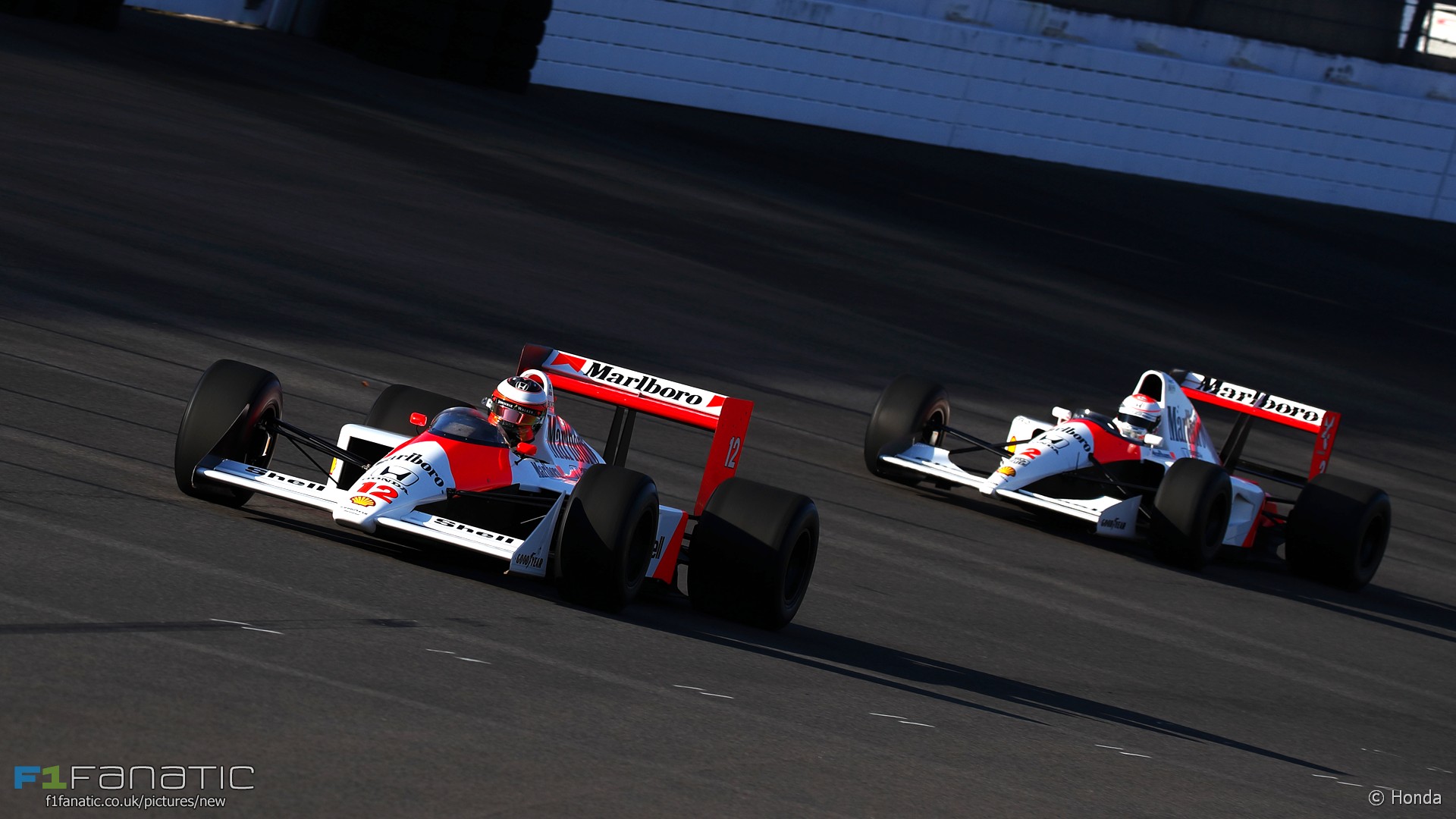 McLaren and Honda’s public farewell continued at the Japanese manufacturer’s annual ‘thanks day’, which featured appearances from McLaren drivers and classic McLaren-Honda F1 cars at the Motegi circuit..

Also present was former F1 driver Takuma Sato who showed off the Borg-Warner trophy he won at this year’s Indianapolis 500 in a Dallara-Honda. Fernando Alonso, who also drove at Indianapolis this year, did not attend.

Pierre Gasly, who drove for Honda in the Japanese Super Formula championship this year, also attended the event.

20 comments on “Pictures: McLaren say farewell to Honda at Thanks Day 2017”