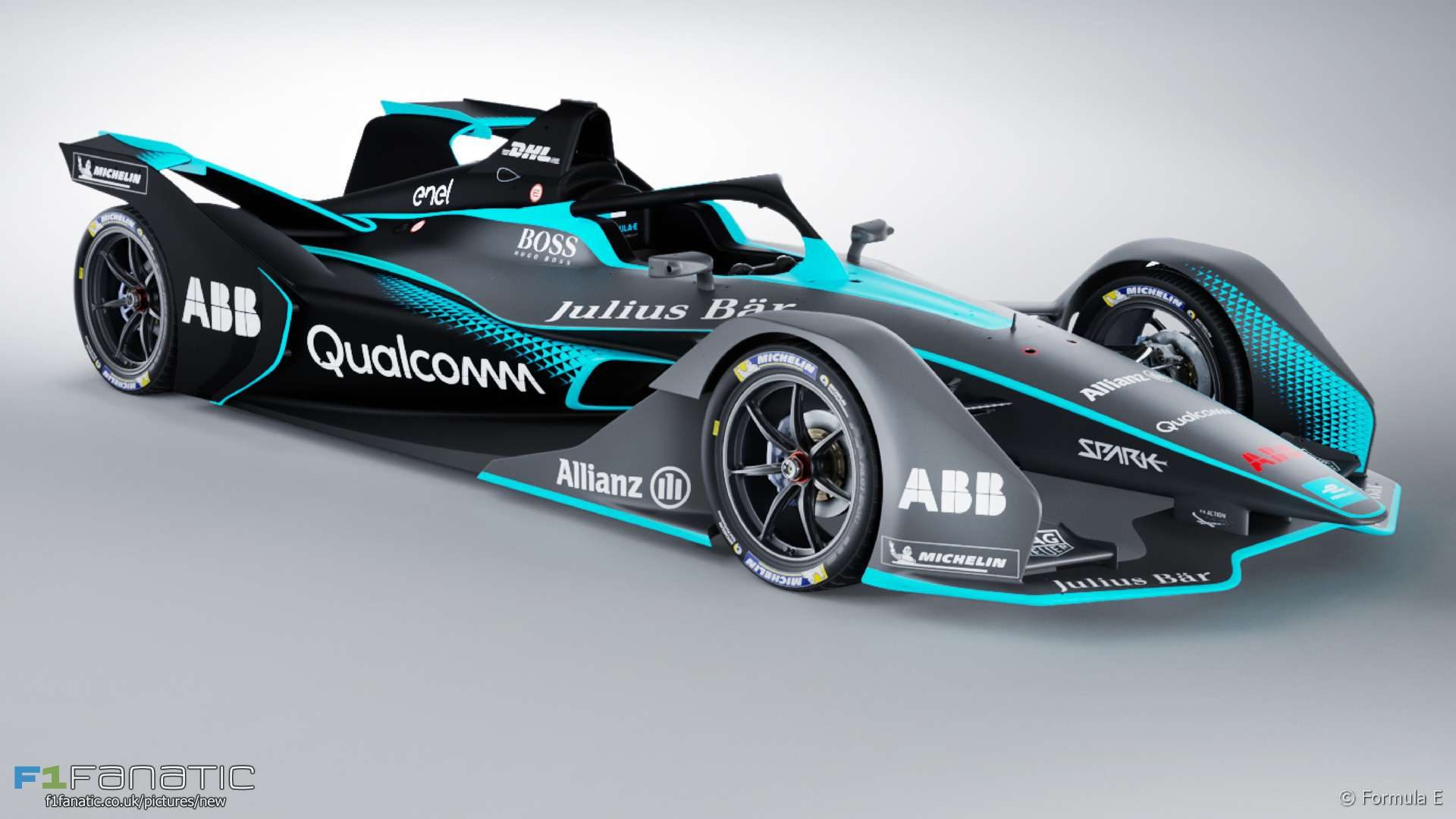 Formula E has revealed the new car teams will use from the fifth running of the championship which begins later this year.

Like its predecessor, which has been in use since the championship began in 2014, the new car is built by Spark Racing Technologies. The car follows the lead set by Formula One and Formula Two by adding the Halo head protection system.

Among the key changes for the championship’s fifth season is a move to more powerful batteries. This will mean drivers will be able to complete a full race distance using a single car. The batteries, produced by McLaren Applied Technologies, will increase in capacity from 28kWh to 54kWh.

“When we started Formula E, our goal was to break the mould and challenge the status quo – bringing a revolution to motorsport. This next generation car represents that revolution.”

“The cars will be faster and will have almost double the amount of energy storage capacity and double the range, demonstrating the continuous evolution of battery technology. Together with the FIA, we’ve achieved a great milestone with the introduction of this car and I can’t wait to see it on track.”

A physical model of the new car will be displayed on the FIA stand at the Geneva Motor Show.

The fourth round of this 2017-18 Formula E season will take place in Santiago, Chile this weekend. The championship concludes in New York on July 15th.

#FormulaE – The #Gen2 FIA Formula E car is coming – here’s a taste of how the fully-electric championship will look in season five. pic.twitter.com/kAihINjN20