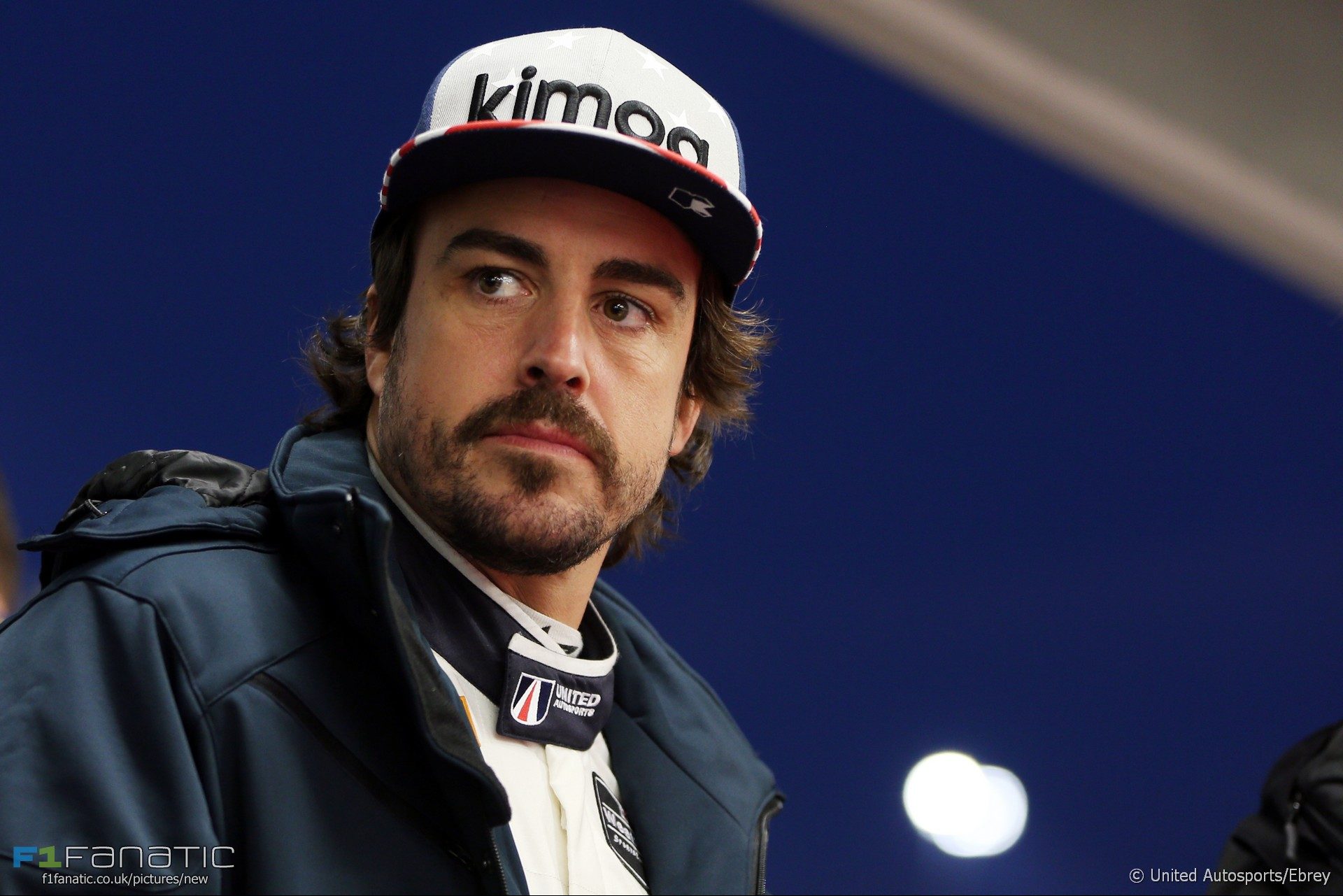 Fernando Alonso will compete in the world endurance championship for Toyota this year, McLaren has announced.

The team announced Alonso will participate in “upcoming” rounds of the championship but not the October race in Fuji, which clashes with the United States Grand Prix. That leaves four other races this year Alonso is expected to participate in: the Six Hours of Spa in May, Le Mans 24 Hours in June, Six Hours of Silverstone in August and Six Hours of Shanghai in November.

The World Endurance Championship is running a ‘super season’ through this year and next which includes races in Sebring, Spa and Le Mans in 2019.

The two-times world champion has set himself the target of winning the ‘Triple Crown’ of motorsport – the Monaco Grand Prix, Le Mans 24 Hours and Indianapolis 500. He took part in the latter race last year.

“I’ve never been shy about my aim of winning motorsport’s ‘Triple Crown’,” said Alonso. “We tried for Indy last year, came close, but just missed out.”

“This year, I have the chance thanks to McLaren to race for the win at Le Mans. It is a big challenge – much can go wrong – but I am ready, prepared and looking forward to the fight.”

“My deal to race in WEC was only made possible through the good understanding and strong relationship I have with McLaren, and I’m very happy that they listened and understood what this means to me.”

Alonso denied the plan might be a distraction from his F1 duties.

“In no way will this challenge take away from my main target of Formula 1 with McLaren,” he said. “In 2018, my aim is to be competitive at every grand prix, and I feel sure that we are closer to achieving that.”

“We’ve always said that we would consider each opportunity on a case-by-case basis, and we both know that, in 2018, our core priority is success in Formula 1.”

“Like Fernando, at McLaren we’re racers at heart, and our team is built on a brave heritage of competing and succeeding in different forms of the sport. Equally important is the confidence that nothing detracts from our number one goal of Formula 1. After proper evaluation, we are satisfied that this campaign does not do that, and that McLaren’s best interests prevail.”