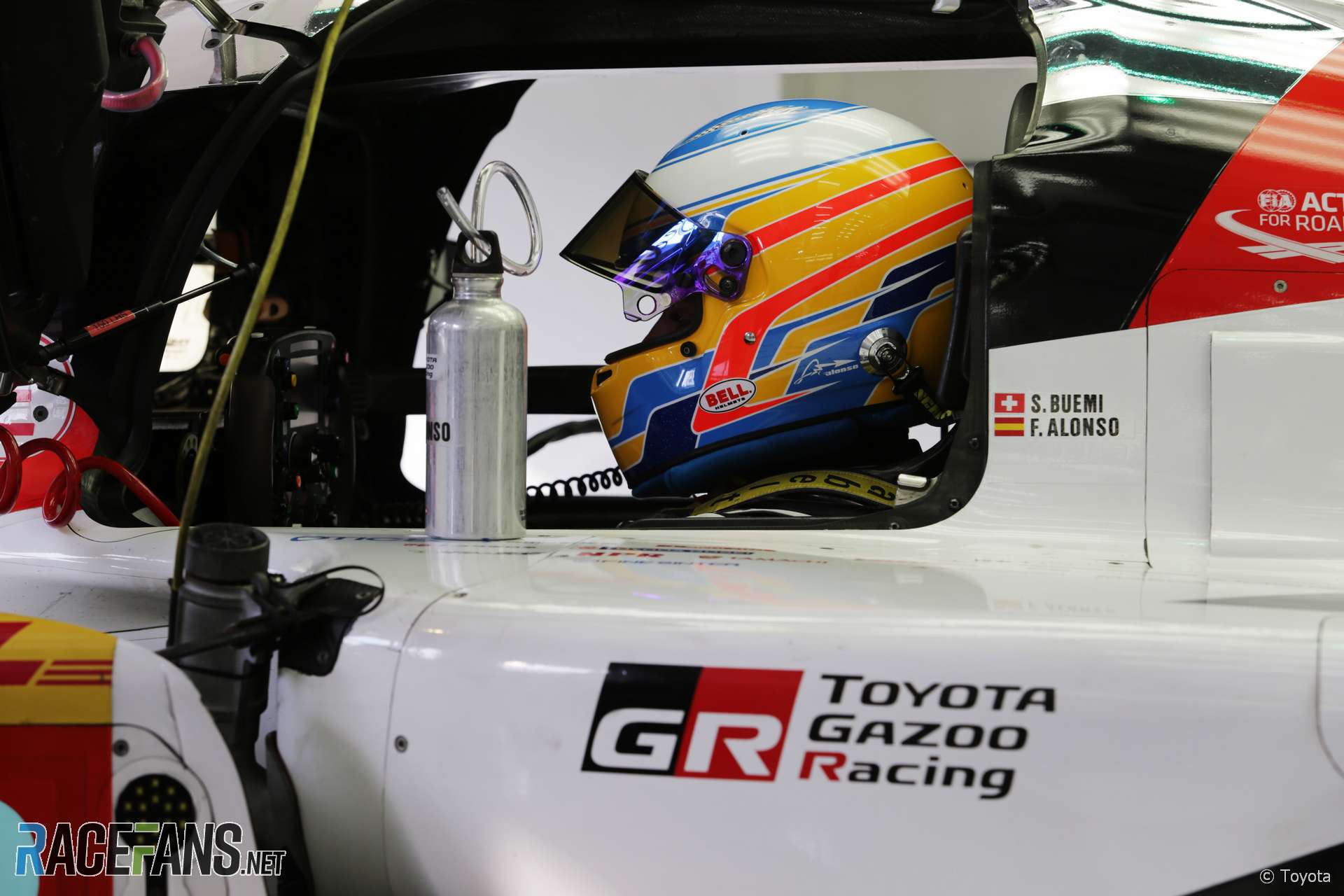 Fernando Alonso remains a McLaren driver “first and foremost” and his Toyota commitments will involve little besides driving the car, according to group executive director Zak Brown.

“He’s on loan from us, we came to an arrangement with Toyota, [he] is to allow him to race the car but not travel the globe having commercial commitments.”

Alonso could do as many as 27 racing weekends this year which meant McLaren wanted to minimise his travel as far as possible. However there were other reasons for limiting his involvement with Toyota as Brown explained.

“Toyota don’t have many sponsors on there so there aren’t any sitting there today that conflict with McLaren but if they do find any partner that’s conflicting with McLaren we couldn’t have Fernando walking around in competing sponsors attire,” said Brown.

Alonso’s packed scheduled has prompted concern he could ‘burn out’ during 2018, but Brown isn’t concerned. “I think ‘what would he be doing those weekends otherwise’?”

“He wouldn’t be testing in a Formula One car, he wouldn’t be here on a simulator, there’s only so much he can do. We’ve got everything we need out of him on a Formula One front so these are weekends that he’d be in a go-kart or golfing or whatever he wants to do. So he’s just going to be in a Toyota WEC car.”

Brown added he isn’t concerned Alonso’s WEC campaign signals he is preparing to turn his back on F1, saying it shows his eagerness to race as much as possible.

“I’ve never seen anything like it,” said Brown. “He races or drives every weekend. Half the time under a different name when he’s karting. So he just wants to be in race cars.”

Allowing Alonso to race outside of F1 weekends is important to keep him motivated, says Brown. “I think drivers lose motivation before age catches them.”

“I’m not one that subscribes to ‘you have to be 18 to be in Formula One and 20 now is old’. I also don’t think 36 is old. I think it’s all about motivation. If you look at [Michael] Schumacher, even after taking a few years off, [he was] pretty close to Nico [Rosberg] who goes on to be a world champion, and he was in his forties. And that’s because Schumacher had a level of determination and passion for driving that lots of other drivers just lose interest.”

“Mika [Hakkinen] is a great example: Unbelievable driver but said ‘I’m done’. I think Fernando is very well prepared, knows what it takes to be successful, and wouldn’t have taken the additional commitment if he didn’t think he could do both at the highest level. And I definitely don’t think it’s any other agenda than he just wants to race and win Le Mans.”