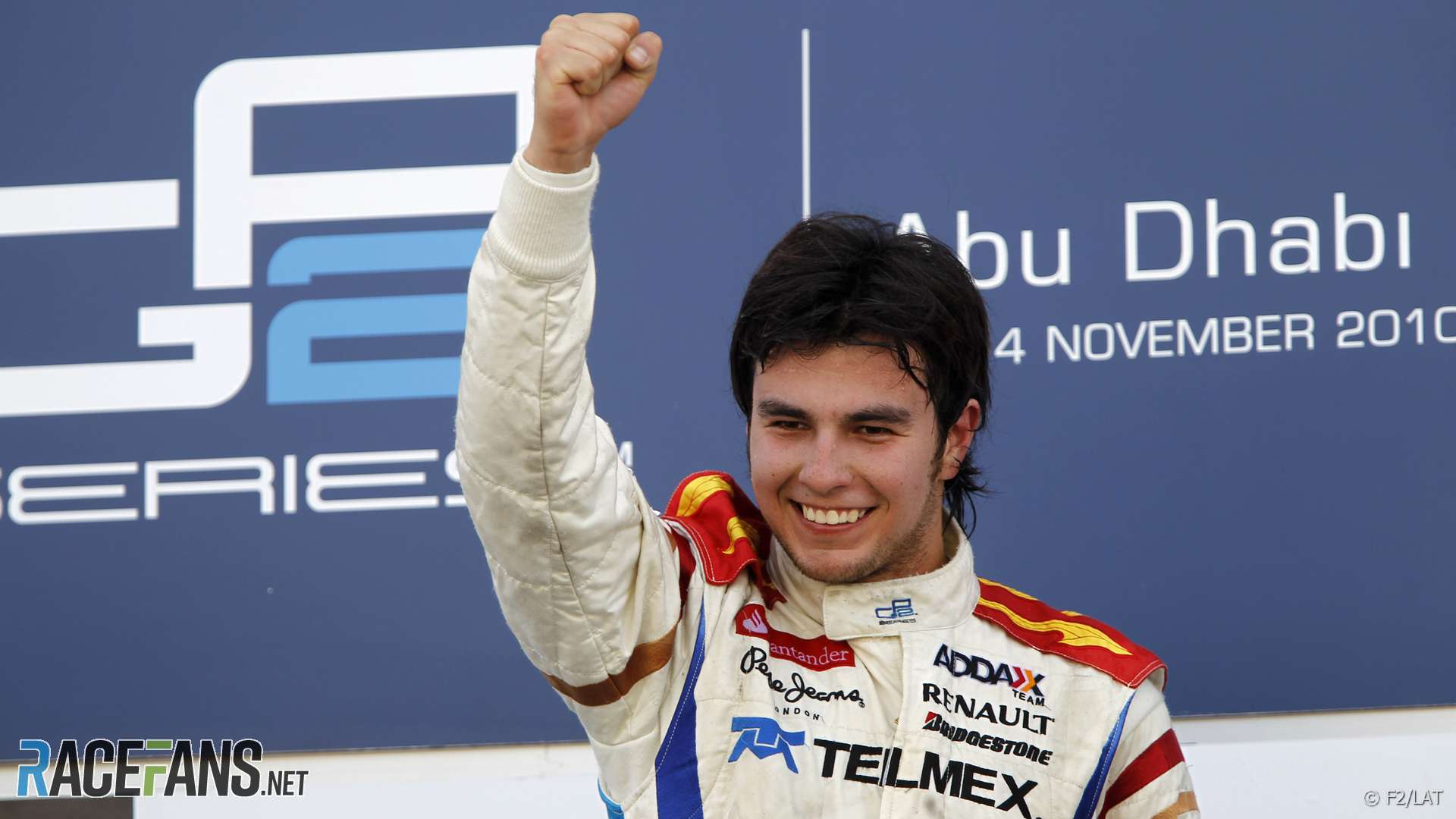 Most Formula One drivers pile up trophies early in their careers but when they reach the top of the sport their chances of victories shrink unless they’re in a competitive car.

Valtteri Bottas is a great example. After moving from Williams to Mercedes last year he ended a victory drought which lasted almost six years.

Now he is F1’s most recent race-winner, having won the 2017 season finale at Yas Marina. He shared that accolade with new Sauber driver Charles Leclerc, who signed off a dominant Formula Two campaign by elbowing Alexander Albon aside for victory earlier the same day.

Last year Felipe Massa went into the season as the driver who’d spent the longest waiting for a win. Had luck been on his side he might have won at Baku, which would have been his first victory since the 2008 Brazilian Grand Prix, but it wasn’t to be.

Now Massa has retired, Sergio Perez takes his place as the currently active driver who has waited the longest for a win. He last stood on top of the podium at Yas Marina, shortly before making his F1 debut with Sauber.

Here’s how long he – and the rest – have been waiting for another win.

Meanwhile a victory-starved Alonso is embarking on am ambitious programme of racing this year. His desire to win motor racing’s ‘triple crown’, by adding the Indianapolis 500 and Le Mans 24 Hours to his previous Monaco Grand Prix success, has led him to enter the World Endurance Championship this year. Regardless of how competitive his McLaren-Renault is, his chances of scoring at least one win in his five WEC outings for Toyota are very strong.

Will we see any new winners in F1 this year? Will Alonso or Raikkonen end their waits for a victory – and if so, when?

NB. Grosjean won the 2012 Race of Champions but as this isn’t a ‘race’ in the traditional sense it hasn’t been included.

30 comments on “Which F1 driver has the longest win drought: 2018 edition”