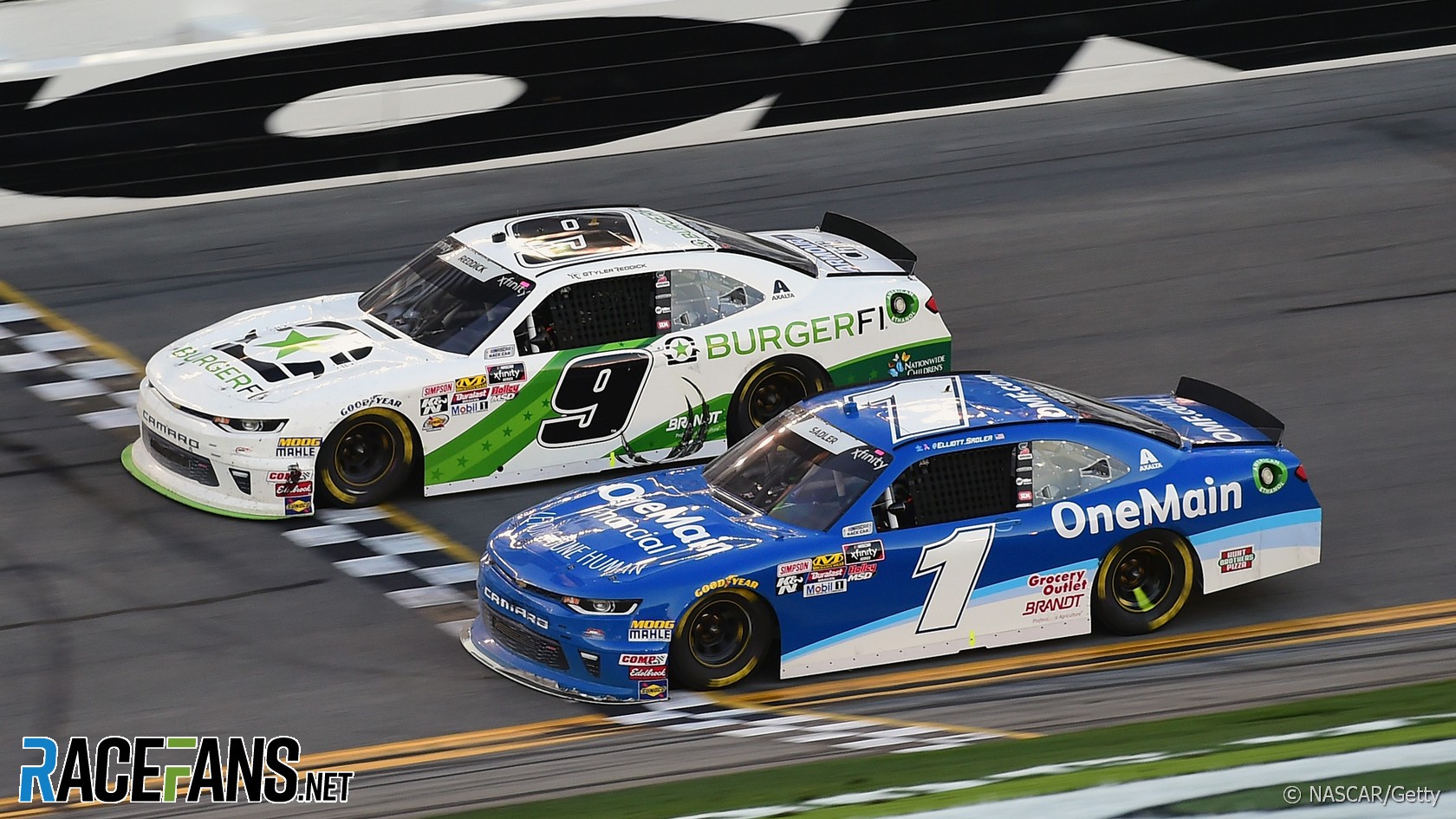 A dramatic opening NASCAR weekend at Daytona saw the 500-mile race decided by a final lap crash and the series’ closest-ever finish during Saturday’s Xfinity race.

Austin Dillon dedicated his dramatic victory in the Daytona 500 to “Dale Earnhardt Snr and all the Snr fans” after taking Earndhardt’s number three to victory 17 years since ‘The Intimidator’ was killed in on the final lap of the same race.

Dillon took victory from Aric Almirola after pushing his rival out on the final lap of the race. Rookie Darrell Wallace Jnr, who Lewis Hamilton declared his support for on social media before the race began, edged Denny Hamlin for second place as the pair made contact at the line and hit the wall.

In her final NASCAR appearance Danica Patrick was eliminated in a mid-race crash, one of three major shunts during the race. The third crash led to an overtime period in which Dillon produced his controversial race-winning move.

We have an early contender for closest finish of the year – Tyler Reddick beat Elliott Sadler to the line in the season-opening NASCAR Xfinity race by a mere 0.0004 seconds. It took five ‘overtime’ attempts to produce the result which was the closest ever finish in NASCAR history.

Thierry Neuville overcame a gearbox problem and a spin in his Hyundai to win after round one winner Sebastien Ogier lost time hitting a snow bank on Friday. The latter recovered to collect four useful points by finishing second to Esapekka Lappi in the power stage. Craig Breen took a career-best second overall in the rally for Citroen ahead of Andreas Hikkelsen’s Hyundai.