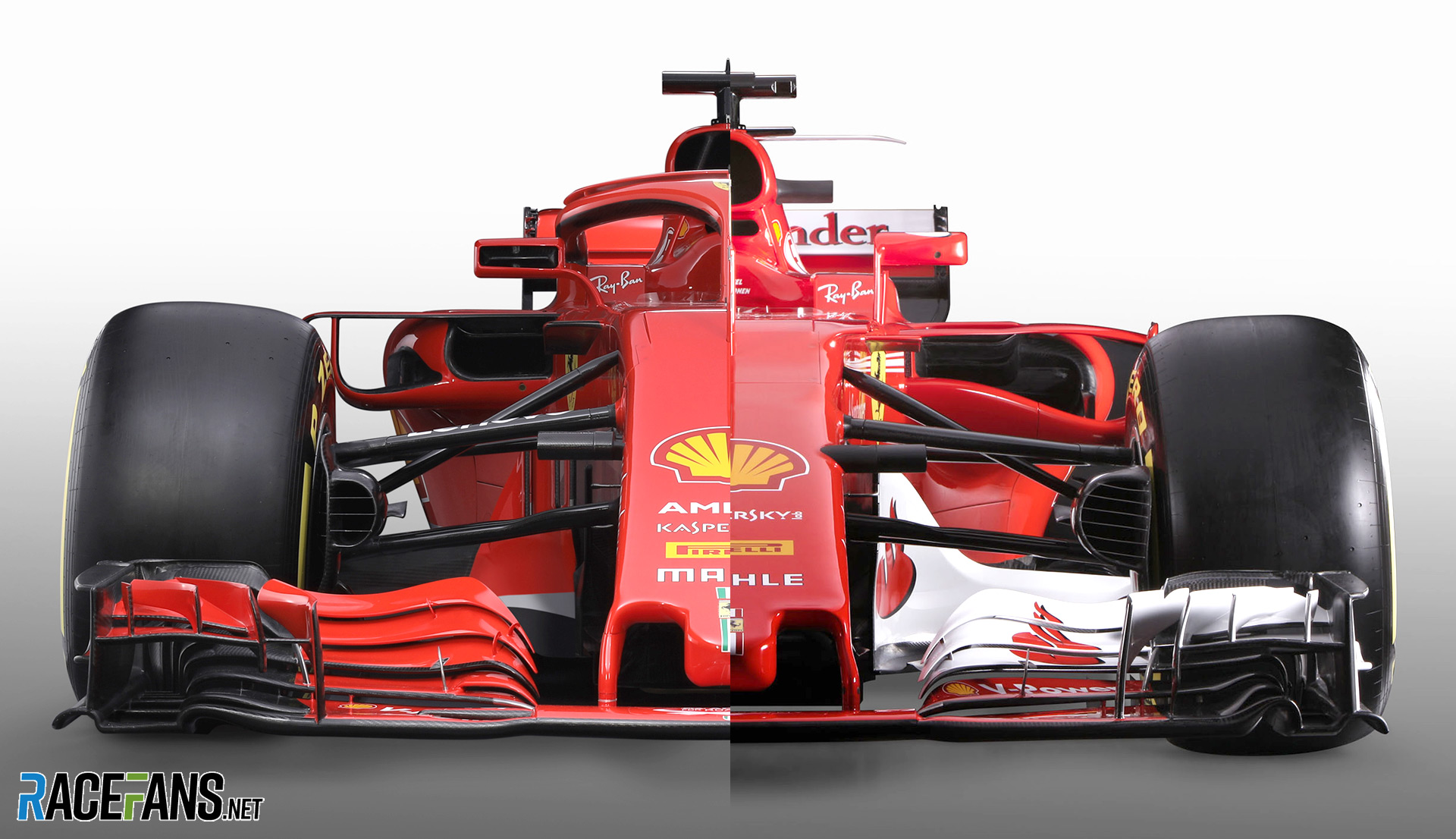 While the changes to its livery are the most obvious differences on Ferrari’s new F1 car for 2018, the alterations to its design are of greater importance. Take a closer look at what’s changed with these interactive images.

Use the slider below to transition between images of Ferrari’s new SF71H and last year’s SF70H. Note some images may have been altered for ease of comparison and should not be used as a reference for measurements.

Based on the first images of the SF71H it seems Ferrari intends to stick with its tried-and-tested thumb-tip nose design for 2018. We will watch with interest to see if a new design appears during testing or at round one.

The team led the way with its sidepod and radiator inlet design last year and this part of the car is clearly a refinement of the previous style. The packaging has shrunk and the arrangement bears similarities to Red Bull’s layout.

A minor but eye-catching detail can be seen on the mirrors, which appear to have been vented in some way, but more detailed images are needed to see exactly what has been done.

Ferrari admitted it has “slightly changed” the wheelbase on its new car compared to last year. Its SF70H was shorter than several of its rivals including, significantly, championship rival Mercedes, which had one of the longest cars. While Mercedes says its wheelbase is unchanged it appears as though the new Ferrari is longer than last year’s car.

The engine cover appears more tapered and the packaging around the gearbox tighter than before. However this is an area where Mercedes also seem to have done a lot of work – the new W09 looks very slender at the back.