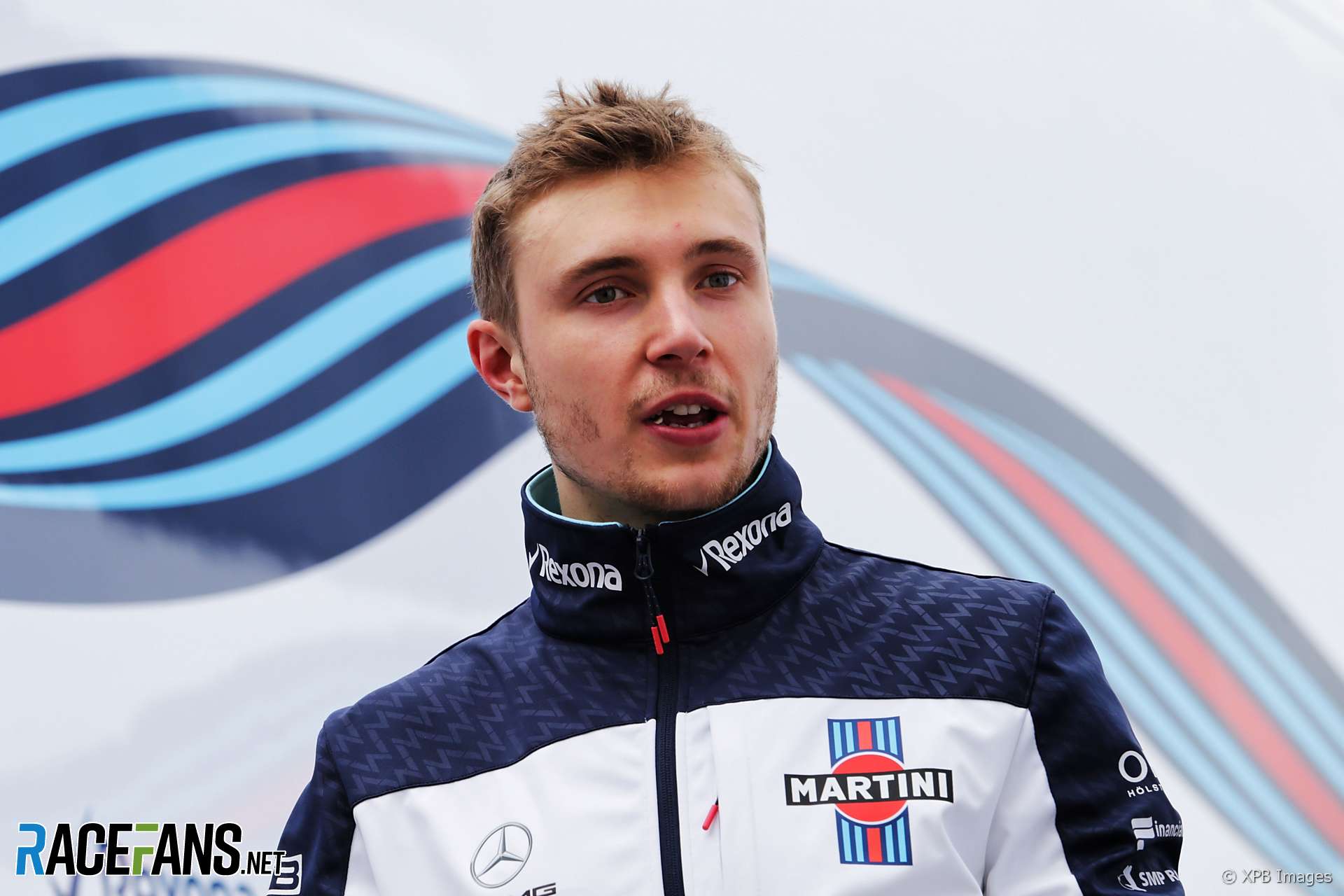 How hard is Sergey Sirotkin preparing for his F1 debut? Speaking exclusively to RaceFans this week he gave us insight into just how busy he’s been.

“I think probably I spent, over the last two months, more days in the factory than other drivers over the year,” the 22-year-old says. “You probably can’t even imagine how much. I spent five consecutive weeks, five days in a row in the factory.”

Ahead of his first full season in F1 with Williams, Sirotkin has moved to a flat in Abingdon on Thames to be closer to the team’s base. “I don’t really have a chance to see the city because I’m there for eight hours just to sleep,” he explains.

His time at the factory has been taken up with meeting the various groups which are developing the FW41 plus a rigorous simulator and training programme.

Sirotkin surprised many by pipping Robert Kubica to the final place on the grid for the 2018 F1 season. Kubica will continue to work for the team as a reserve driver and make three practice outings during the season, all in Sirotkin’s car.

“It’s not ideal for sure,” Sirotkin says when RaceFans asks if missing out on this running will disadvantage him as a rookie.

“But again also for Robert it’s important. He’s doing quite a lot of simulator – not as much as I do but he’s doing quite a lot. It’s good for him to give the team good feedback between the simulator and the real car. So I understand the point and again it’s not much I can do about it so I just need to play the best we can from where we are.”

Sirotkin is unusual among racing drivers in that he is formally qualified for the technical aspects of his job. He completed a five-year degree in racing car engineering at university in Moscow. He is enthusiastic about the technical side of the job and already has an eye on moving into race team management later in his career.

But after near-misses with Sauber and Renault, Sirotkin has finally landed an F1 race seat. Understandably, he is wary of setting expectations too high.

“First of all I need to do the best I can do,” he says. “I’m sure if I squeeze the best from myself first of all, that’s exactly what I want to do, and I don’t need to jump over my head or do something extraordinary.”

Williams’ driver line-up for 2018 has been the subject of some criticism. Sirotkin and team mate Lance Stroll are young, inexperienced and are associated with financial backers – the latter point being one the team has tackled head-on.

Sirotkin faces added challenges. He had little opportunity to race last year while he worked for Renault. And his benchmark for 2018 will be an inexperienced, younger team mate whose rookie campaign last year featured a couple of highs amid many lows.

Sirotkin wants the focus to be on himself, rather than comparisons with his team mate, when it comes to assessing his performances this year.

“I know where is my level, I know where is my strong side and probably my weak side,” he says. “Any result we’ve done so far you always know where you’ve done really well or where there’s still room to go [better] or a mistake or something which was not super-ideal. So first of all it’s going to be about criticising myself.”

“For sure I’m not trying to cover myself,” he adds. “If I’m doing a shit job I will be the first one who will be out there saying ‘sorry guys, you were right, I didn’t deserve to be here’. But I’m sure I will prove opposite to it.”

41 comments on “‘If I do a s*** job I’ll be the first to say’: Exclusive interview with Sirotkin”