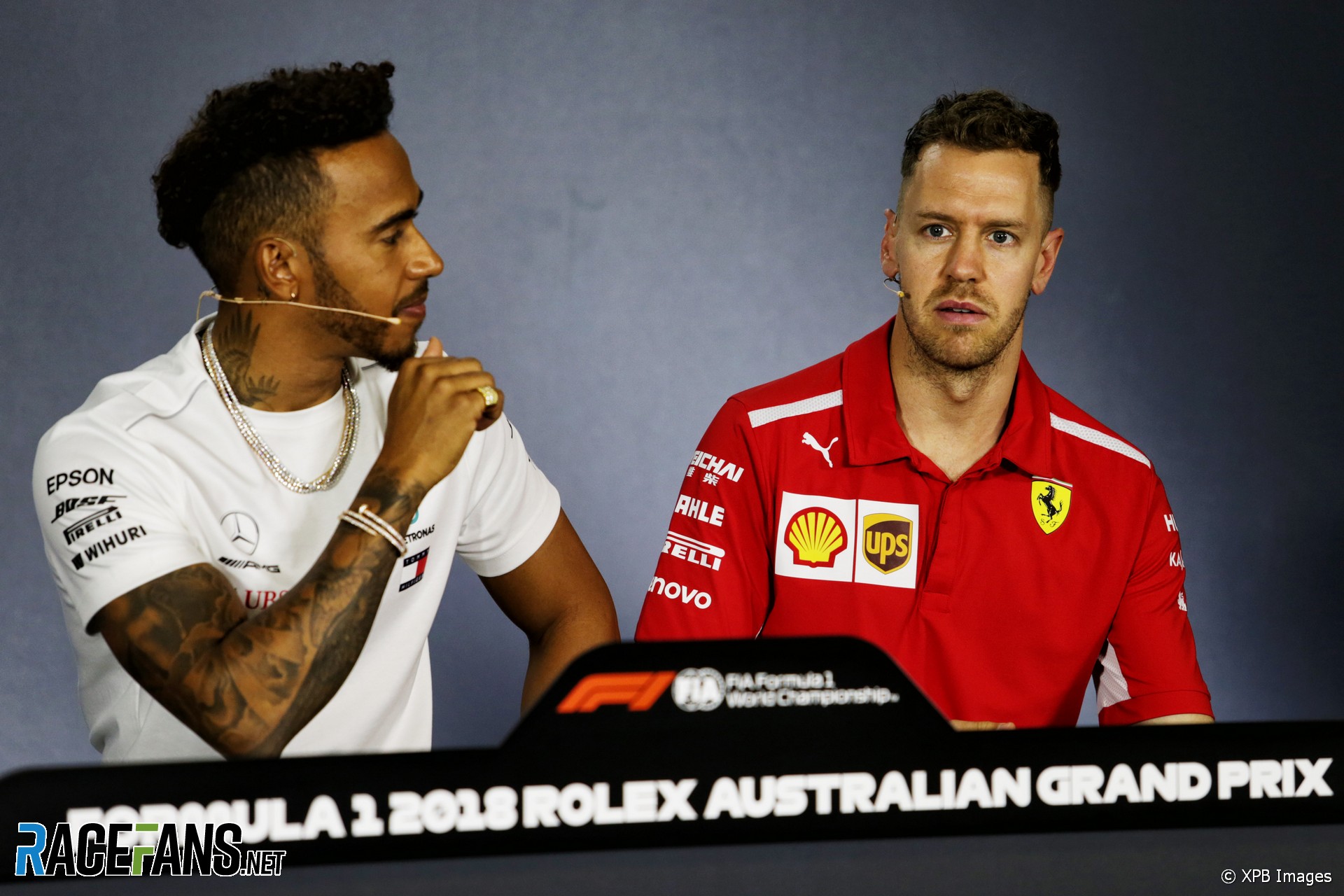 The first serious action of the 2018 F1 season is about to begin. Here are five talking points for the first race of the new championship.

Last year was the most competitive season since the current V6 hybrid turbo rules were introduced, and the first time more than two different manufacturers won races. Will Ferrari and Red Bull be as consistent a threat to Mercedes as they were last year?

Testing, naturally, gave few clues to the pecking order. And not just because the teams have no cause to show their hand: cool conditions made for largely unrepresentative running.

Was Ferrari’s pace-setting performance in testing a reflection of whether they stand? Will Mercedes re-establish their pre-2017 advantage? And have Red Bull sustained the development momentum they’d built up at the end of last year? We will finally begin to get genuine answers to these questions on Friday.

Despite covering fewer laps than any team in testing, McLaren is upbeat about its prospects following its off-season change of engine supplier.

This time last year just one of their cars was running at the end of the race, two laps down. While Fernando Alonso expects the opening weekend of the season will be the low point in terms of their performance this year, there will be disappointment if they don’t improve considerably on their 2017 showing.

The flip-side to McLaren’s situation is what’s going on at Honda. Their power units ran reliably in the back of the Toro Rossos during pre-season testing, though a key unknown here is how many units were used.

Speaking to media in Melbourne on Thursday Brendon Hartley downplayed suggestions they could be contenders for Q3 as they were 12 months ago.

“After Barcelona, all the testing, you start to get a picture of where we’re lining up,” he said. “But that being said everyone’s been working hard in the last two weeks to unlock all the potential of the car. All the other teams will be doing the same.”

“We also don’t know what fuel loads or engine modes all the other teams used. Honestly it’s hard to give an answer on exactly where we want to be. Obviously top 10 would be the dream but we know that’s going to be a very tough ask.”

Will an extra DRS zone improve the action?

Melbourne has always been one of the more challenging circuits for overtaking. Drivers estimate they need a performance advantage of around two seconds per laps to stand a chance of passing.

In an attempt to improve the situation the FIA has added a new DRS zone to the track this year. It’s the first time a track has had three DRS zones, but drivers are divided over whether it will make a difference. Sergio Perez believes it won’t help at all, but Daniel Ricciardo thinks it could.

“I don’t think it hurts,” he said. “It’s typically been a pretty hard track to overtake.”

“I think, as well, with the cars, we’re going faster and faster and following a car is getting harder and harder at some circuits, so I think they’ve been proactive and tried to help out a cause here. I don’t know if it will necessarily create overtaking into that corner but it may at least put you into the zone to then have a chance somewhere else.”

Can Melbourne tell us anything about the year ahead?

Albert Park is an unusual circuit: Stop-start in nature, fairly low-grip and with few long straights. It’s not completely unlike anything else on the calendar but it is unusual. That combined with the fact it usually holds the first race of the season means it tends not to be very representative of the rest of the season.

On top of that there’s rain forecast for qualifying and race day. That could create an unpredictable race, as we’ve seen on several past occasions in Melbourne, but we may end up knowing little more about the true pecking order come Sunday evening than we do now.

Are you going to the Australian Grand Prix?

If you’re heading to Australia for this weekend’s race, we want to hear from you:

19 comments on “Will we have a title fight? Five Australian GP talking points”