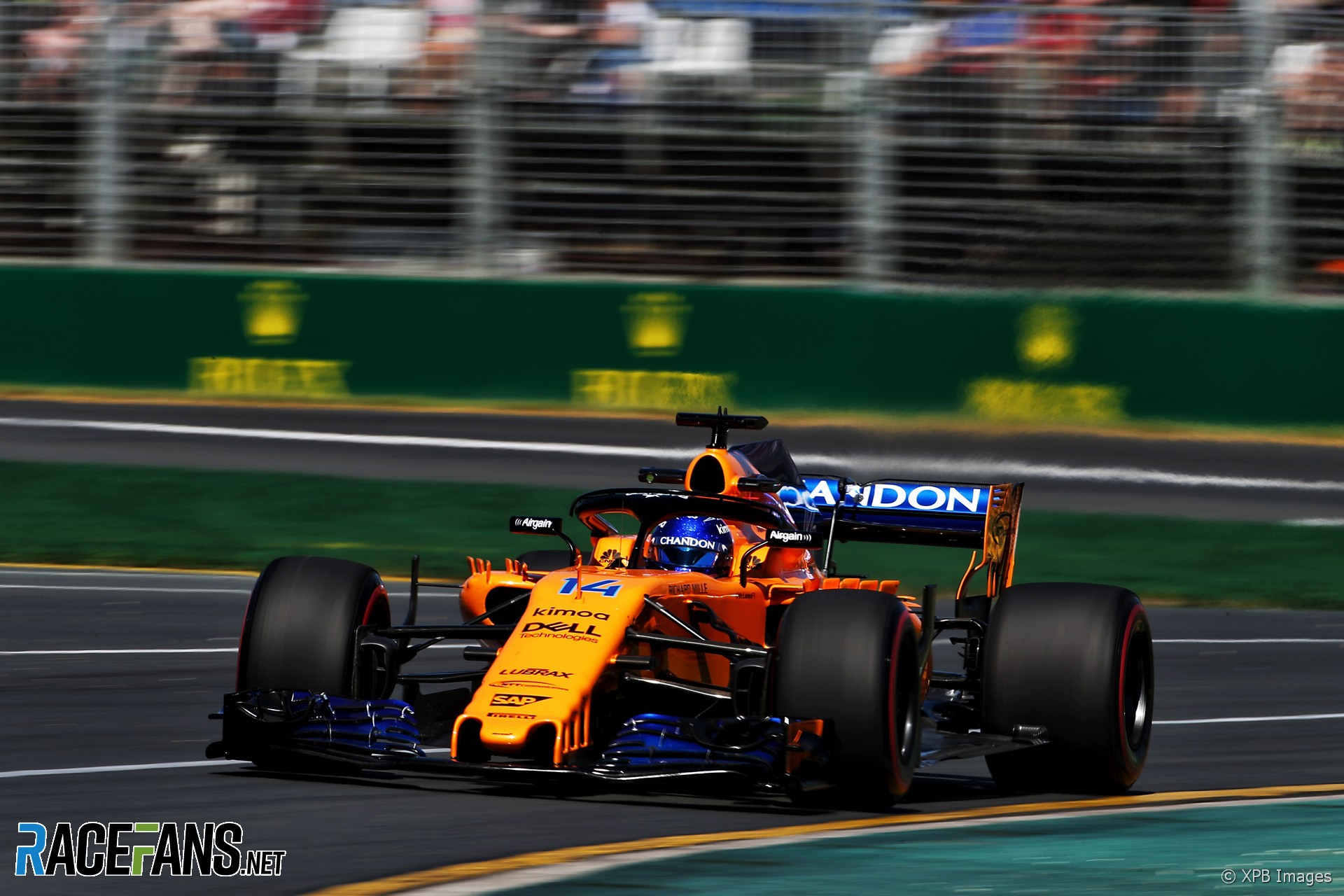 Fernando Alonso says McLaren was able to make up the time it lost due to an exhaust problem on his car during the first practice session.

Neither McLaren driver set a time during the first hour of running at the Albert Park track. “We lost a little bit of time in FP1 with some issues,” Alonso explained. “We managed to recover everything in FP2.” The team also experienced problems with its exhaust during pre-season testing.

“Now we need to analyse everything and hopefully do the best package for tomorrow.”

Yesterday Alonso predicted the Australian Grand Prix weekend would be the team’s weakest showing the year, but he and team mate Stoffel Vandoorne ended both practice sessions inside the top 10.

Alonso expects Pirelli’s softer tyres will offer a range of strategic options for the race if conditions stay dry.

“All three tyres look quite similar in a way,” he said. “So I think it will be definitely some different strategies for different teams.”

“But I think the weather will be the biggest factor. Maybe rain tomorrow, maybe rain on Sunday and we don’t see any of the purple or yellow tyres.”

24 comments on “Exhaust problem in practice was no setback – Alonso”