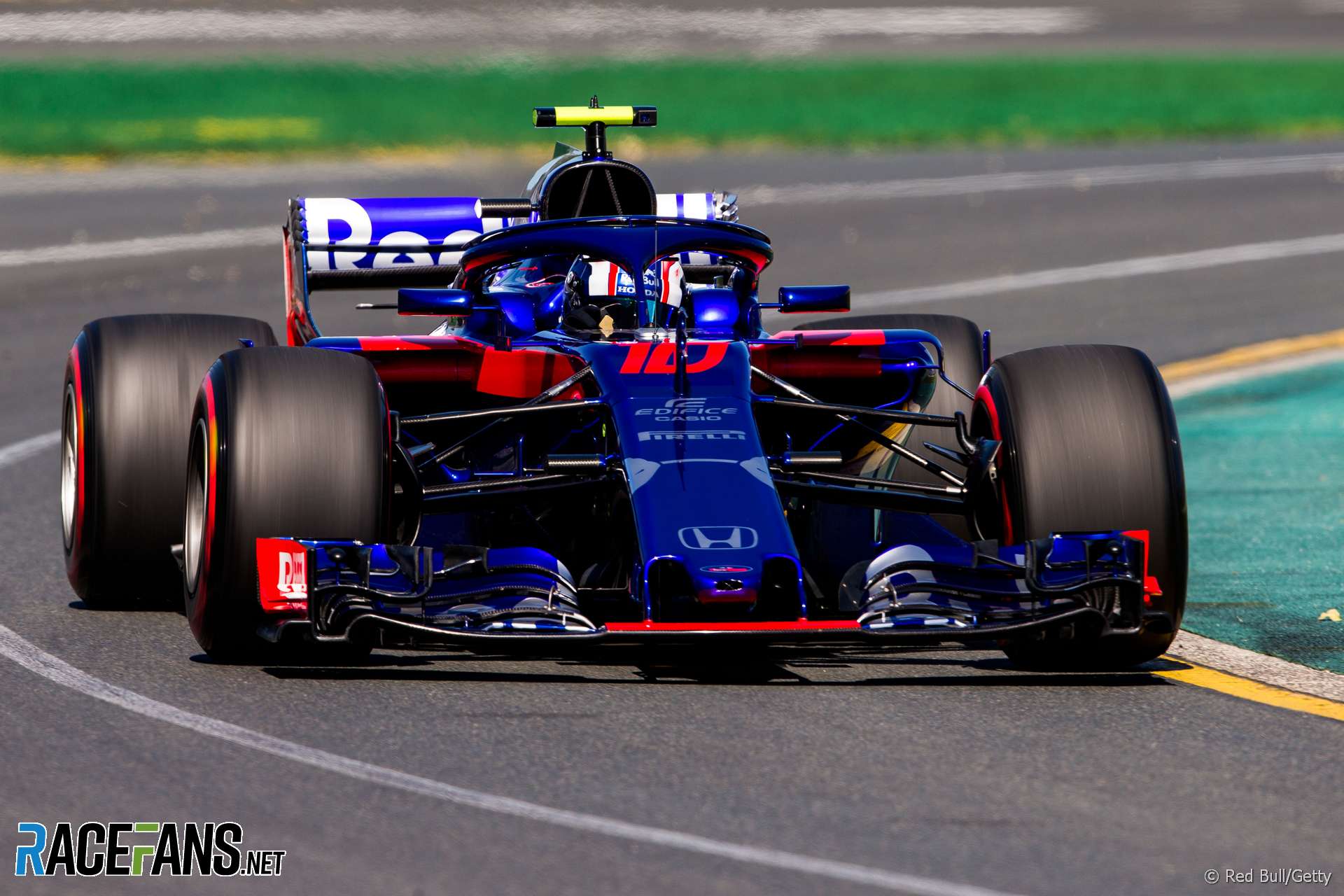 With his pole position time today Lewis Hamilton lopped over a second off the track record for the Albert Park circuit, which he set 12 months ago.

But while Mercedes have gained a second in performance compared to last year’s visit to the same track, half of the field has made a bigger step year-on-year.

They are led by Renault. The team which made the biggest step on average over the course of last year showed it intends to lead the way again. It has turned up with a car which is 1.9 seconds faster than they managed last year.

However that gain isn’t entirely reflected in their grid position. Carlos Sainz Jnr set their best time in Q2 but was almost half a second slower in Q3.

“We were reasonably encouraged because I think if you look at Carlos’ Q2 lap, he knew he had a poor Q3 lap, then he would have been in front of the Haases,” explained Renault’s technical director Nick Chester. “We’re quicker than McLaren so it wasn’t bad.”

Haas occupies the ‘best of the rest’ position but the team has tended to go well at Melbourne in the past. Most of their rivals have actually made a bigger step year-on-year.

Only one team failed to lap quicker at Albert Park this year than it did last season, and its identity won’t come as a great shock. Toro Rosso’s off-season switch from Renault to Honda power has brought a performance hit.

However both drivers owned up to mistakes in their qualifying laps without which they might have done better.

“We knew the midfield was really tight so we had to put everything together,” said Pierre Gasly, who said he was “too greedy” on his lap and made a mistake.

“[My] first run wasn’t that clean but second run was coming good. [At] turn three I was two-tenths up on Brendon [Hartley’s] lap. I think it would have put us in the mix for Q2 and that’s where I think we should have been.

“The potential was there to be in Q2. I’m really disappointed because I’ve been too greedy and in the end it costs us a lot of places. Big shame.”

Hamilton’s pole position time means this year’s cars are more than 10 seconds quicker than when F1 first raced at the Melbourne circuit in 1996. The track has not changed in any significant way during that time.