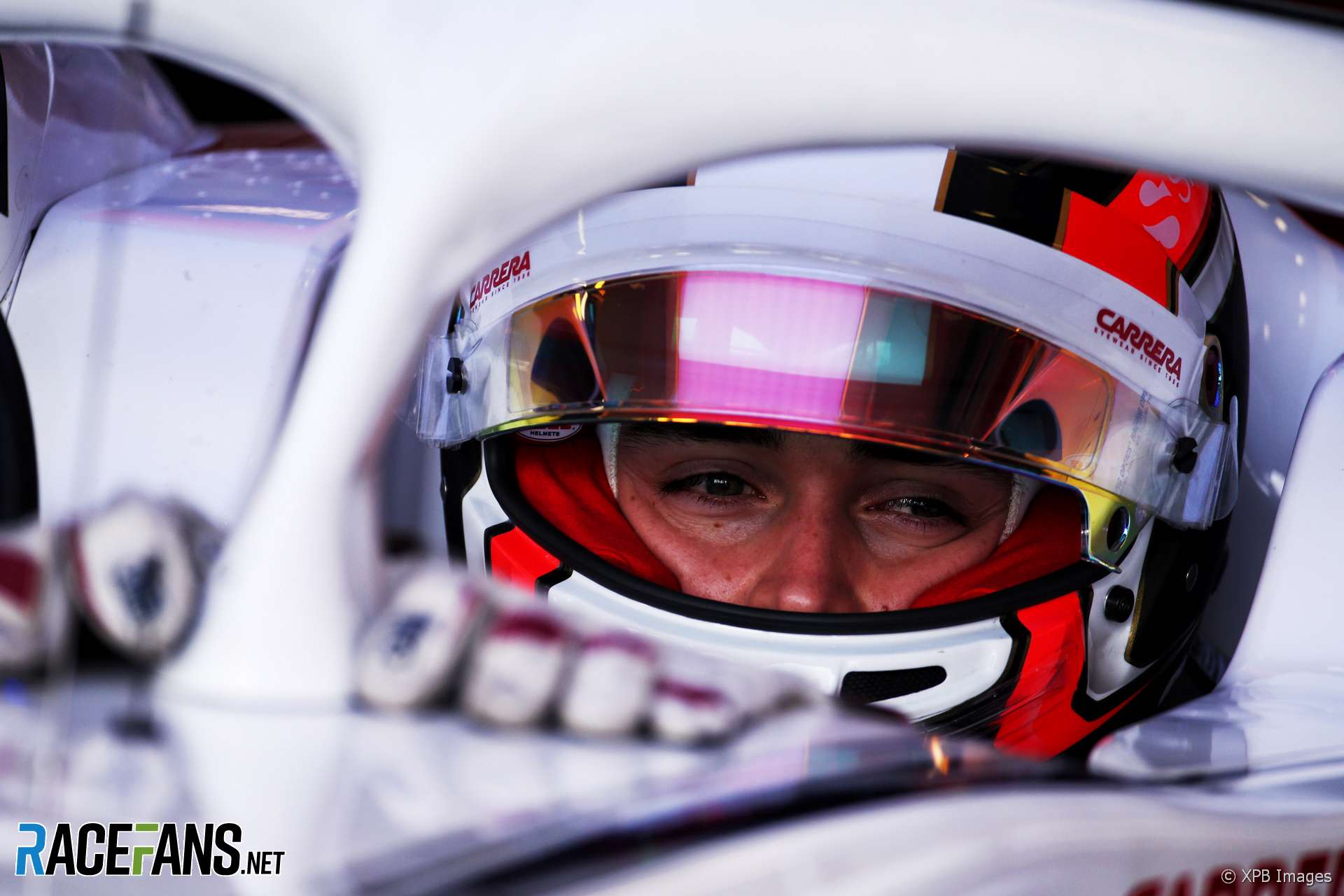 Charles Leclerc discovered Formula One is a “big step up” from Formula Two in his first race weekend but said he found one aspect of grand prix racing which is not as challenging.

The Sauber driver, who is the reigning F2 champion, described his maiden event as “probably one of the most challenging weekends overall” in his career.

“In the junior formulas, OK, you step up, you have more power and more downforce,” said Leclerc. “This I managed to get to speed [with] quite quickly.

“But to be honest in Formula One there are so many other things that are new, so many people around and especially so many buttons, it’s crazy. And this helps also when you know what you can do with these buttons, it’s so powerful. The potential of improvement on that is huge and this will come with experience.”

Leclerc said he was “satisfied” with his first qualfying effort but has room to improve, including compared to his team mate Marcus Ericsson.

“The gap is not truly representative because I did a mistake,” he said. “But at the end it happens, he probably had some things to improve also so it’s just the way it is at the moment.”

He has also noticed much greater demands on his time now he is an F1 driver.

“I think it’s also a question of just getting used to it because obviously in Formula Two you go out of quali and if it went well you sleep on the sofa and 10 minutes before the race you wake up and you go to the track. It’s a little bit more complex than that but just to sum it up quickly now the days are a lot more busy. But it’s part of the job.”

According to Leclerc race starts are one of few areas which are easier to deal with now he’s in F1.

“In Formula Two it’s actually probably a bit harder the start. You don’t have any help in Formula One but the systems are so developed that it’s a little bit easier to have a good start, and if you get a bad start you don’t lose as much as you do in Formula Two.”