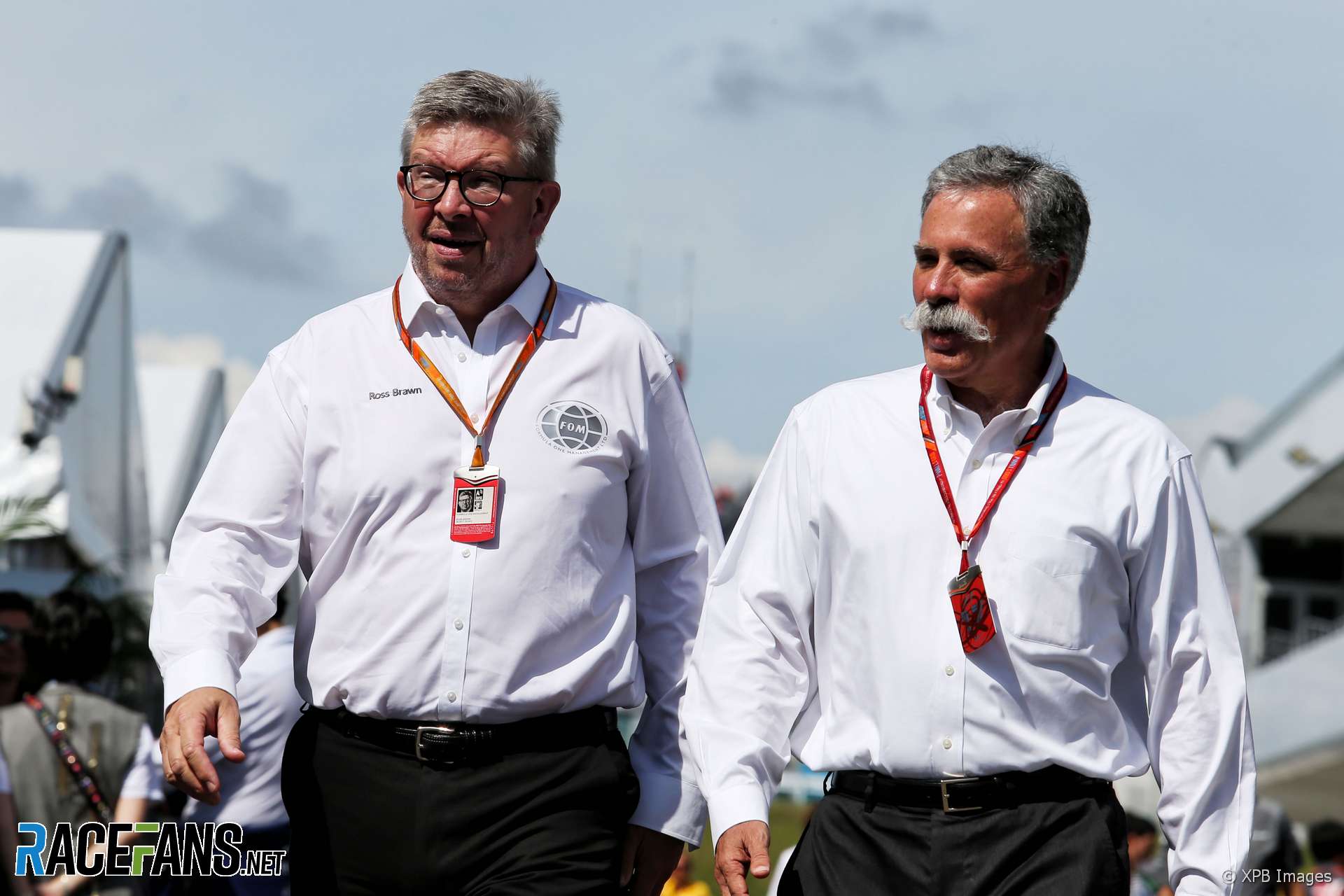 Formula One’s managing director of motorsport Ross Brawn said he took offence at suggestions Liberty Media was trying to ‘dumb down’ Formula One.

Last year Ferrari president Sergio Marchionne threatened to pull his team out of the sport if the commercial rights holders turn it into something he likened to a ‘global NASCAR’.

Brawn, who will present his vision for F1’s future regulations to teams in Bahrain on Friday, rejected the idea Liberty intends to dilute the technological side of F1.

“I think it’s critical we have a vision of where we see Formula One,” he told Radio Sport New Zealand.

“I find it very frustrating that people accuse us of spoiling the DNA of this, that and the other. Formula One has a long history of incredible competition and it’s the pinnacle of motor sport. Why would we choose to damage that?

However Brawn said F1’s top teams must understand the cost of competing in the sport has become excessive.

“We have to help the teams at the top recognise and realise that to have a sport for the future we’ve got to re-base the commercial revenues of teams, re-base amount of scope the teams are allowed to explore technical in order to give a more exciting competition.”

Brawn said the work being down to improve the quality of racing in F1 is an example of how F1 is approaching decisions differently under its new management.

“We’re looking at a total solution, a holistic solution of all the parts. We know the percentage drop in performance that comes as a car approaches another car and already we’ve found ways of improving that in reducing the disturbed flor from the car from the front and reducing the sensitivity of the following car to that disturbed flow.

“We’re trying to do it in a properly structured way. That will be the solution we’ll apply for 2021. And anything we can learn in the meantime which we feel is safe and fair and correct to apply will be done.