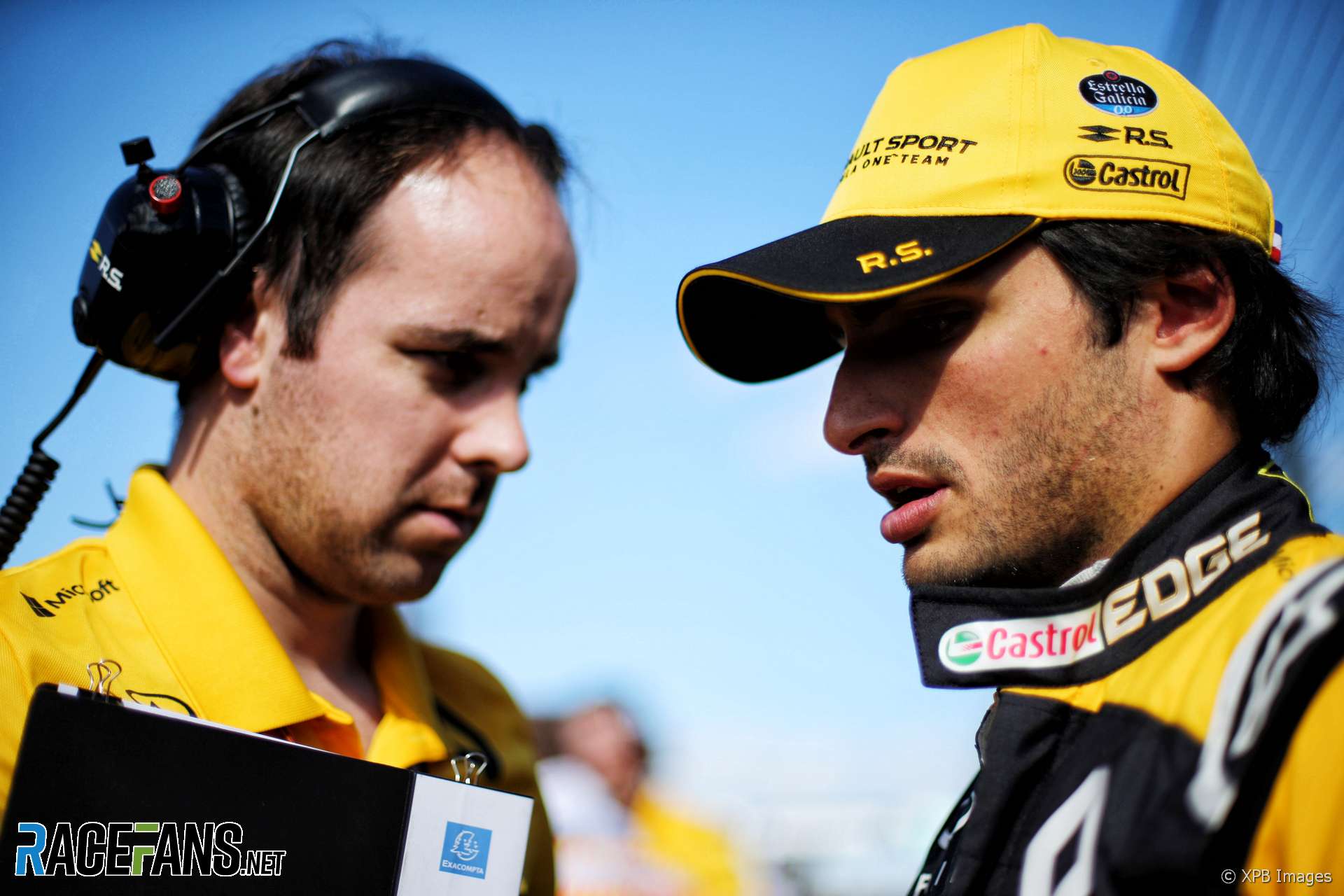 Carlos Sainz Jnr blamed a banana he ate before the Australian Grand Prix for making him ill during the race.

The Renault driver previously revealed how a problem with his drinks bottle meant he had to drink a lot of fluid during the season-opening grand prix.

Speaking to media in Bahrain, Sainz gave more details on the problems he suffered in Melbourne.

Sainz suspects this caused the nausea he reported on the radio in Melbourne as well as “a banana I had before the race that tasted really, really bad” .

“I had a couple of bites and I think it gave me a bit of a digestion problem and together with too much water in the stomach, nothing was coming down, it was all stuck in the stomach and I was struggling to digest,” he explained.

Sainz said he couldn’t stop drinking because “then the microphone of my helmet would get wet and then I’d lose communication on the radio.”

“And all my suit was getting wet so at one point I decided, because I was feeling bad, to just take the tube out of my mouth and just let it be. I think that was part of the cause but mainly also the digestion problem I had half an hour before the race.”

Sainz joked he would “not [eat] more poison bananas because it was a shit one, definitely.”

“Believe me I’m not the happiest man because it’s a small detail that can really change the outcome of a weekend. When you are unlucky in that regard it’s a bit of a pain but I’m looking forward to this one.”