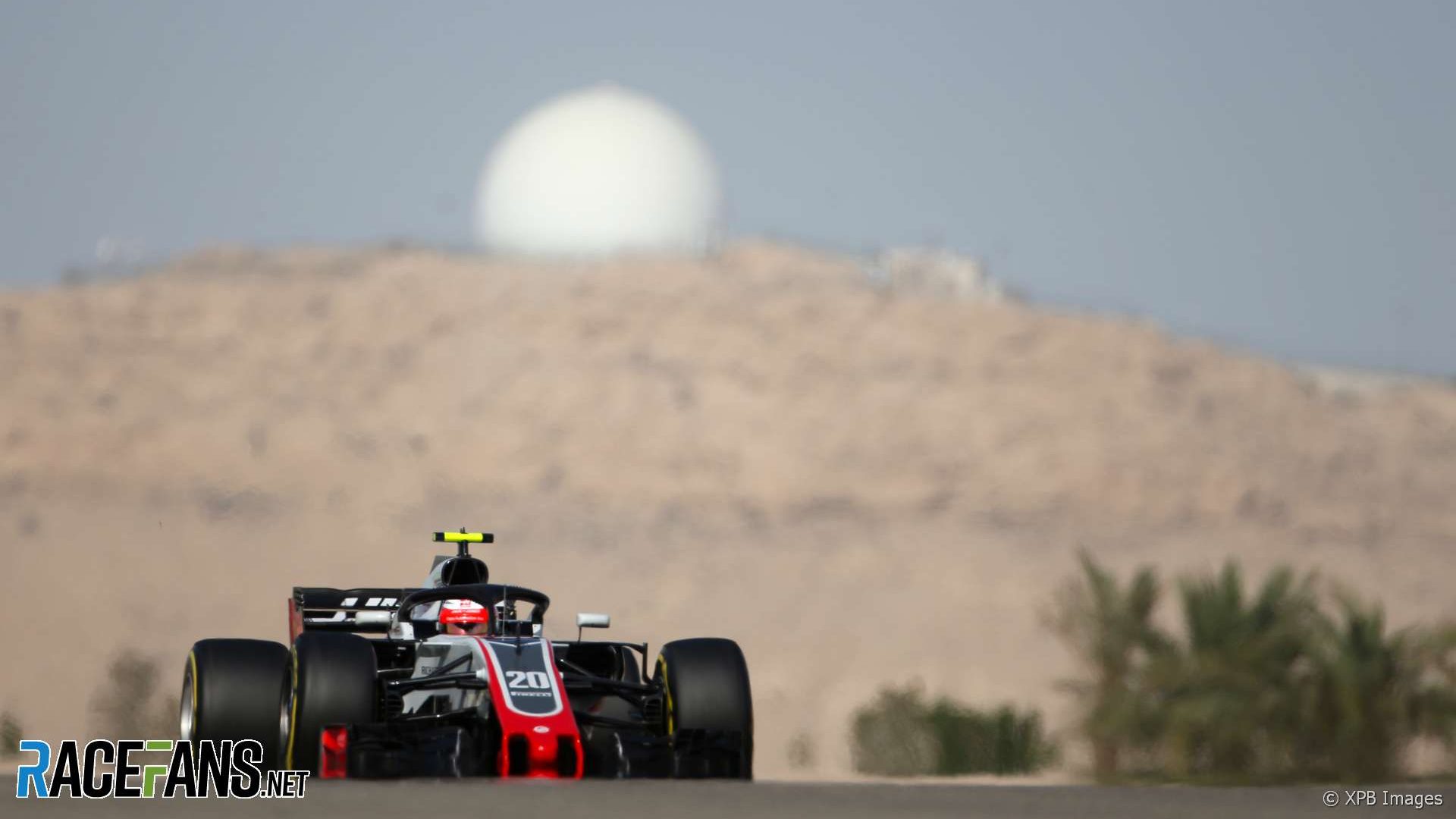 Extending the DRS zone at the Bahrain International Circuit could make overtaking too easy, Kevin Magnussen has warned.

The DRS zone on the main straight has been extended by 100 metres this year. Several drivers reported overtaking had become more difficult during the first race of the year in Australia, despite an extra DRS zone being added at that track.

But Magnussen believes it wasn’t necessary to increase the length of the DRS zone in Bahrain.

“I think it was pretty good before coming here, before extending the DRS,” said the Haas driver. “I think it’s typical thing that F1 tends to do, over-react. You have one bad race, make a big change and then you go too much the other way. And the race becomes boring because it’s easy to pass everyone.

The longer DRS zone ” might be too much”, Magnussen believes. “If you have too much DRS it’s just a drive-by. You don’t get racing, you just get overtakes, swapping of positions. Which isn’t necessarily what everyone wants to see.”

Magnussen gave a vote of confidence in his pit crew following the wheel change problems which put both Haas cars out of the first race.

“Those things happen and we move on,” he said. “We all make mistakes, no one’s perfect.

“The mechanics work so hard on the car, we’re not a big team so we don’t have too many people to take over and they haven’t actually had time to practice very much. So they didn’t go into the race as confident as they should.

“So I feel bad for them. No one could have done a better job anyway, it’s just a tough situation, Now they’ve had a bit more time to rest and do a bit more practice and hopefully they feel more confident. Mistakes happen and it’s going to happen again sometime, it’s part of life.”