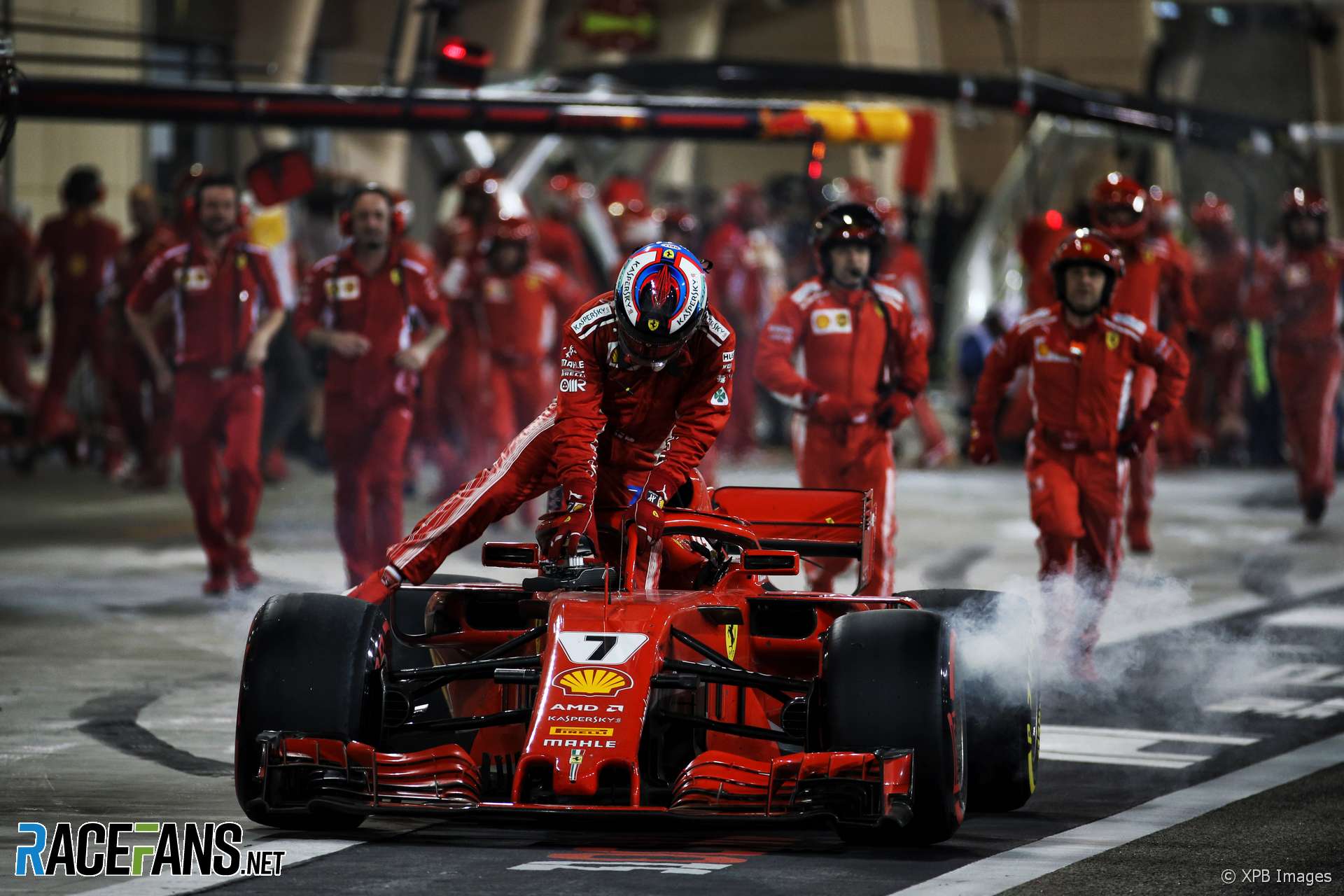 Ferrari team principal Maurizio Arrivabene explained how a problem with an electronic sensor led to the pit stop error which injured one of the team’s mechanics in Bahrain.

Francesco Cigarini suffered a broken leg when he was knocked down by Kimi Raikkonen’s car which was sent from its pit box before the left-rear wheel had been replaced.

Arrivabene explained why the car had been released too soon during today’s FIA press conference.

“Just to make it clear once, forever, we have first of all we the team was hurt that a person was injured,” he said. “So it was in our interest to review the overall procedure.”

“What’s happened there we had a mis-handling of the rear-left, [it] was not perfectly read by the electronic device, which gave the green light. Again we want through the procedure together with FIA, making sure this thing doesn’t happen again. And it’s in our interest because we care about our people before anything else.”

Arrivabene also expressed his gratitude to the medical staff involved in Cigarini’s care.

“I would like to thank our doctor, the medical staff of FIA and also the authorities of Bahrain, they granted to us immediately the best doctor in Bahrain to do the surgery and they were assisting us 24 hours a day, so thanks to them.”