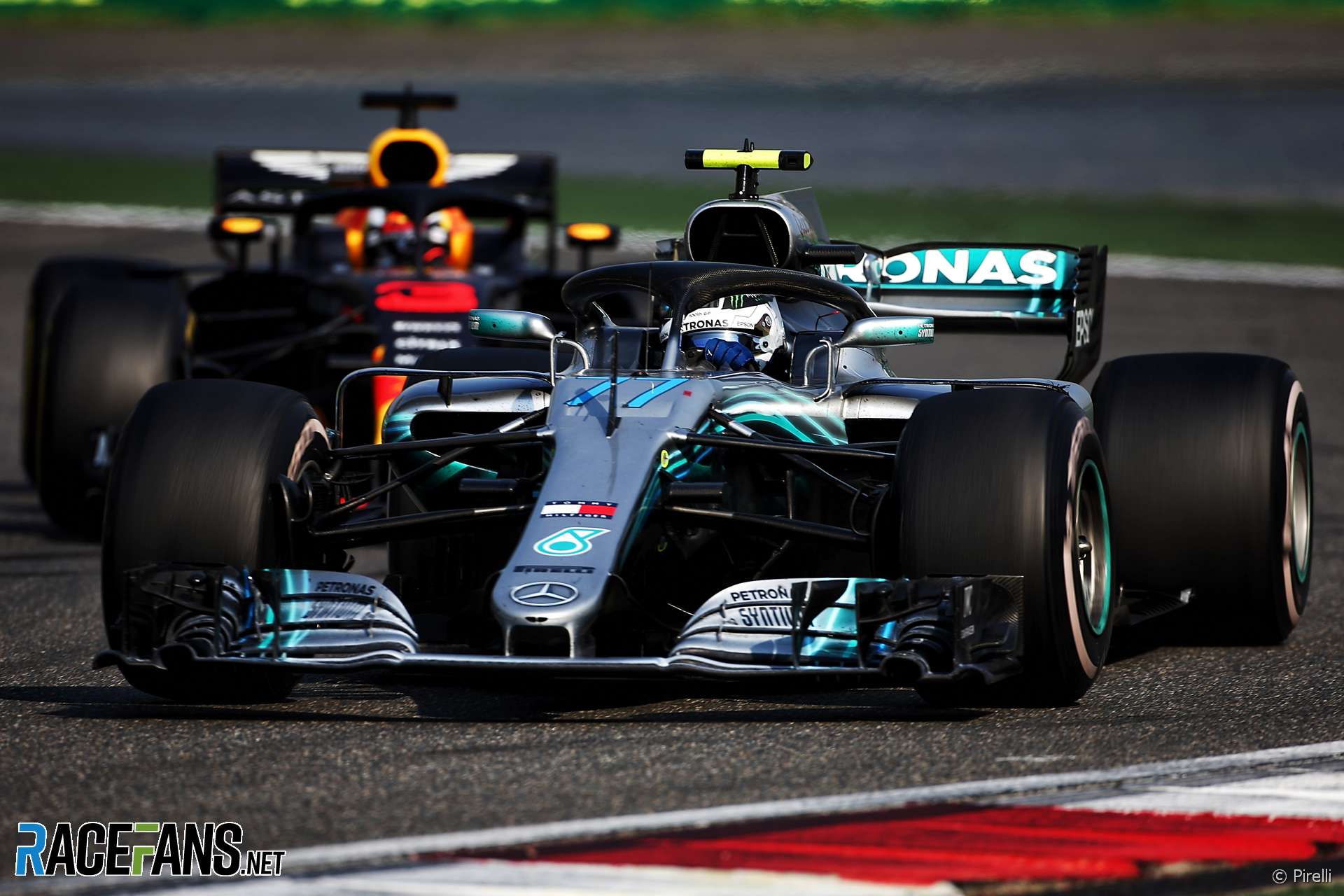 Mercedes appears to be in the same situation it found itself 12 months ago: they haven’t quite got on top of their car yet and it’s Bottas, rather than Lewis Hamilton, who is getting the most from it. For the second weekend in a row Bottas out-qualified his team mate and was a genuine contender for victory.

This time it seemed he’d got it bought and paid for after a superb out-lap got him ahead of Sebastian Vettel’s Ferrari. The Safety Car which compromised his strategy was a piece of luck there was no answer for, and it’s doubtful he could have kept Daniel Ricciardo from victory.

The star of the race, Ricciardo used the fresh tyres he took on during the Safety Car period to attack his rivals with daring yet clinical moves which stood in contrast to his team mate’s ragged approach.

The only blemish on his weekend was Max Verstappen being quicker on Saturday. But given his compromised build-up to the session following a power unit failure, this was no great failing.

Starting on used ultra-soft tyres looked like a tough ask for those who qualified in the lower half of Q3. Sure enough those who missed the cut for the final 10 but got to start on fresh tyres, such as Kevin Magnussen and Fernando Alonso, were handed an advantage by the rules.

But Nico Hulkenberg made his two-stop work, thanks in part to the Safety Car, and came out on top of the midfield fight. He took advantage of a rare chance to beat a Ferrari and was only six-tenths of a second away from gaining another position from the penalised Max Verstappen.

After a couple of borderline incidents in the opening races, Verstappen was way over the line in China, making two mistakes which compromised his race, one of which also earned him a penalty for spoiling a rivals’ afternoon.

He made a battling start, picking off Hamilton and Raikkonen. After celebrating his progress Verstappen’s engineer told him to “settle down”, words which evidently weren’t heeded. He tried to go wheel-to-wheel with Hamilton though the fast turn seven, but the Mercedes driver gave him edged him wide and Verstappen skidded off.

That allowed Ricciardo through. It has seemed in the past that the threat of losing to his team mate brings out the worst in Verstappen – remember the Hungaroring last year – and in his haste to pass Vettel he botched the move completely. Vettel said afterwards he wasn’t even planning to fight the Red Bull driver hard, making the contact all the more unnecessary. Verstappen at least had the sense to apologise for it.

Vettel took the pole and kept the lead at the start yet contrived to lose his advantage to Bottas, which was a surprise. Raikkonen lingered on his first set of tyres, temporarily serving as a useful roadblock delay Bottas for Vettel, but having lost out on that strategy benefited from the Vettel/Verstappen clash to reach the podium. Hamilton had an uncharacteristically indifferent weekend but collected useful points for fourth.

Alonso was the last driver to take a place from Vettel, dealing very firmly with his rival at turn two. Carlos Sainz Jnr and Kevin Magnussen took the remaining points.

Sergio Perez failed to score after a fine qualifying effort. It didn’t help matters that after making an average start it was if he decided the only car he badly needed to keep behind was his team mate’s. Esteban Ocon owned up to an error at the final corner on his Q3 lap and Stoffel Vandoorne spent his afternoon making up for a poor start.

The Williams pair came next, led by Lance Stroll who profited from the Force India fight at the start before slipping back. Marcus Ericsson made amends for a poor Saturday, where he collected a penalty and was much slower than his team mate, by being the first Sauber home. Charles Leclerc spoiled his race with a spin.

Romain Grosjean’s strategy proved optimistic and he sank out of the top 10, unimpressed at having to let his team mate by. Brendon Hartley had to do the same for Pierre Gasly, who he out-qualified, but the second time of asking the pair made contact.

Vote for the driver who impressed you most last weekend and find out whether other RaceFanss share your view here: