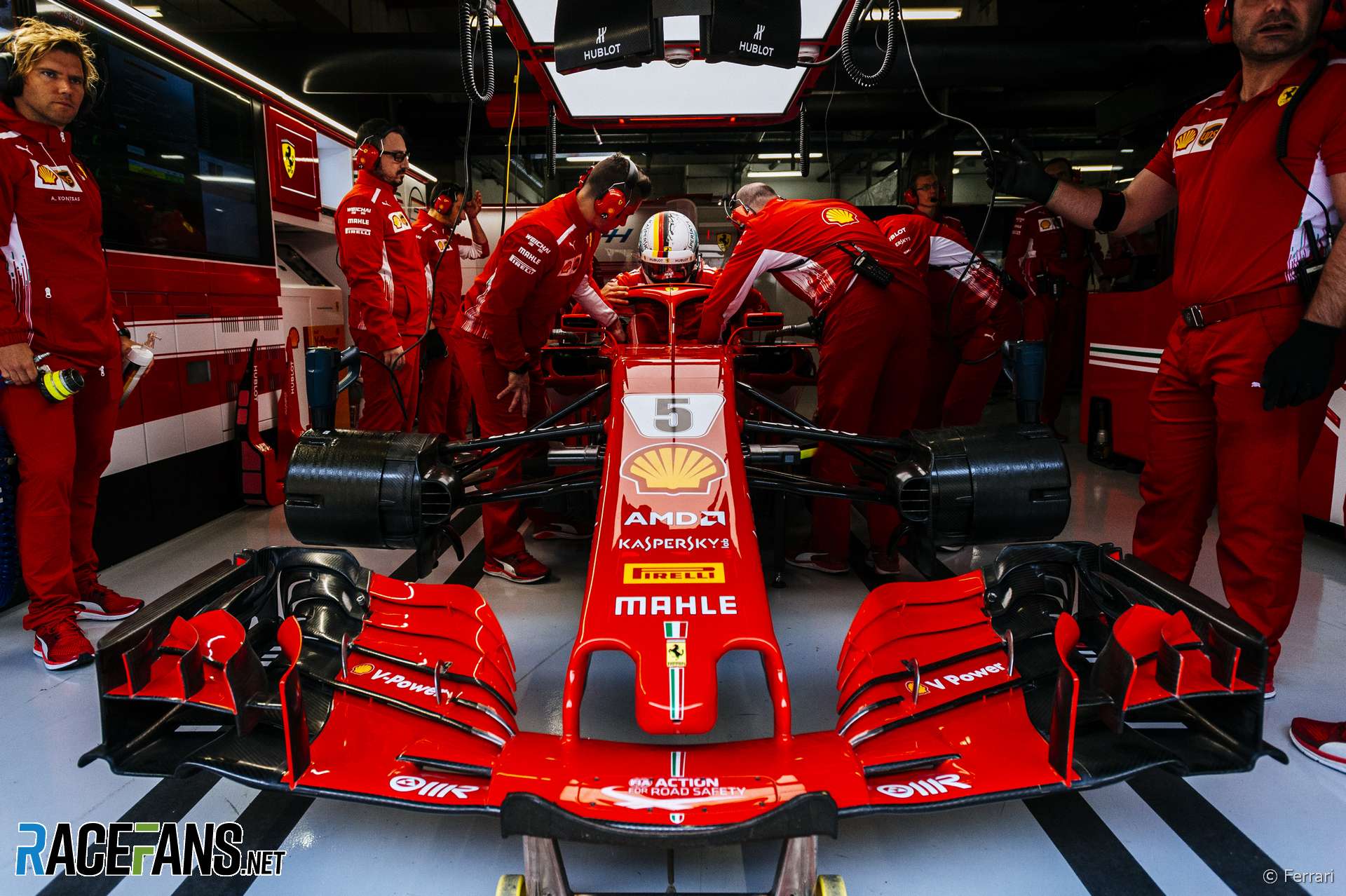 Teams may have to replace their ‘outwashing’ front wing designs under plans to improve overtaking from the 2019 F1 season.

The designs, which have been in use since 2009, are believed to play a significant role in the difficulties drivers experience in following each other closely.

Outwashing front wings were created in response to changes in car design which followed a study by the Overtaking Working Group. The OWG recommended reshaping front and rear wings along with other measures intended to reduce total downforce.

However within a few races teams discovered the outwashing front wing design. This allowed them to better manage the air flow around the front wheel and recover much of the lost downforce.

The OWG ceased after one season. Williams chief technical officer Paddy Lowe, who participated in the project, said it would have addressed the outwashing designs had it continued and he is pleased the sport is doing so now.

“I think it is fantastic the new owners of F1 are invested in central research to properly study and develop regulations based on science,” said Lowe.

“If you look back, had it existed back then, having created the OWG cars in 2009, what would have been perfect in retrospect would have been to have a follow-up programme a year later looking at the cars that had actually been produced. Because one of the most interesting things [is] immediately those cars came out the teams invested outwashing front wing endplates which were never studied in the OWG programme.

“What they’re finding now, the hypothesis is, that those outwashing effects are highly detrimental to the process and the structures that had been identified by the OWG.”

FOM has now asked the teams to use their resources to investigate whether replacing the outwashing design would help drivers follow each other more closely.

To stand a realistic chance of being approved any rules changes for 2019 need to be before the end of April, after which unanimous agreement between the teams is needed. Lowe said the proposals met with “a range of views” when they were presented.

However Renault’s chief technical director Bob Bell said in China there is “still time” to reach an agreement. Meetings of the Formula One Strategy Group and F1 Commission being held today and FIA race director Charlie Whiting said they are “acutely aware” the they are running out of time to agree the changes.

“It’s something we think we should continue discussing,” he said. “We’ve had two good races of late but I think it was fairly clear that it wasn’t easy to overtake.”