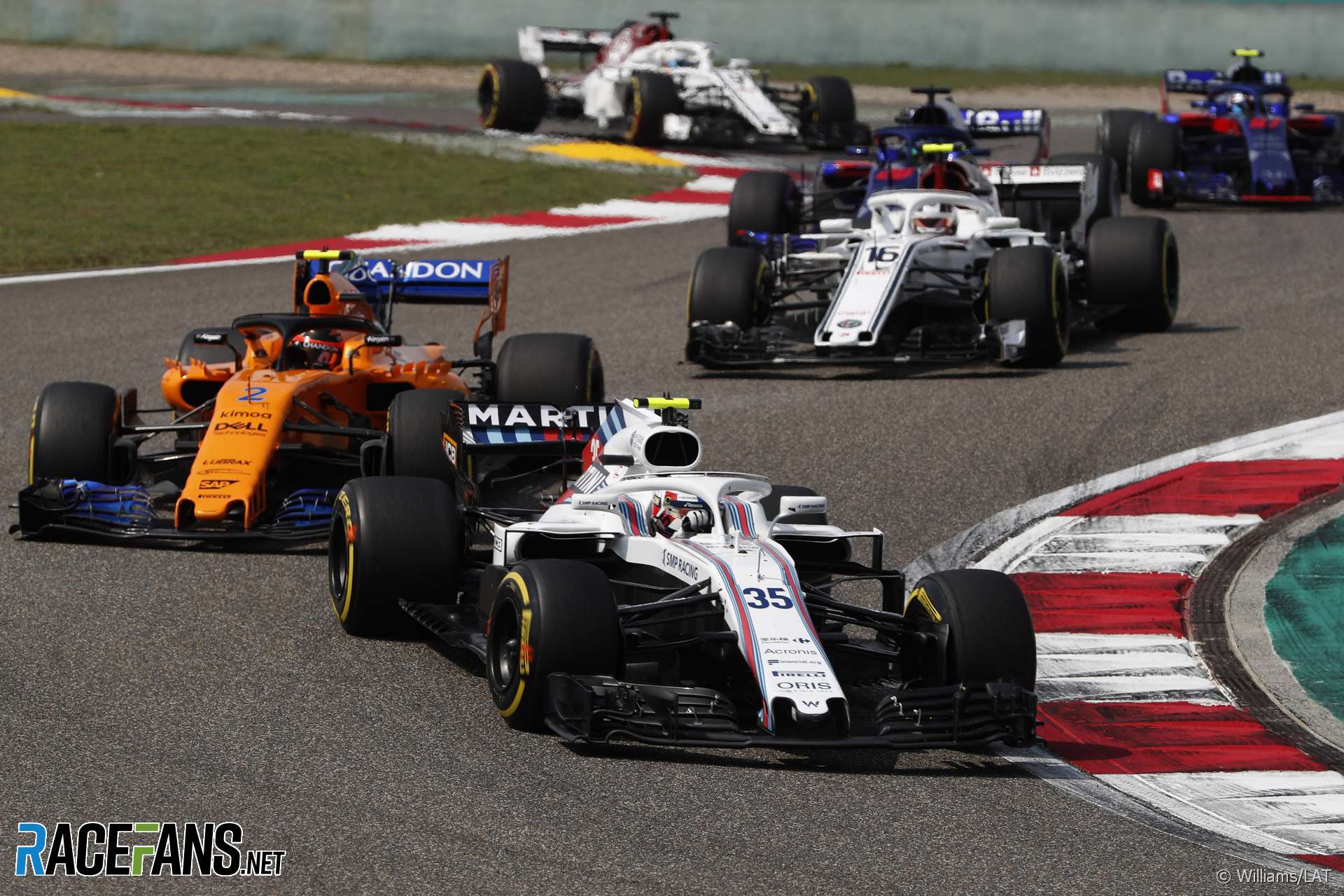 In the round-up: Formula One’s official tyre supplier Pirelli is considering more non-consecutive tyre selections having been pleased with their choice for the Chinese Grand Prix.

Pirelli sporting director Mario Isola explained why they chose the medium, soft and ultra-soft tyres in China, skipping the super-soft:

When we selected the tyres for China we had the information coming mainly from [the] Abu Dhabi [test] because it was in January. Based on that number we saw that soft, super-[soft] and ultra-[soft] were very close. We had 0.3 [seconds] and 0.4, something like that.

So we said we can make a selection where we don’t choose one level and we jump. In that case if they’re really close we should have a delta lap time between soft and ultra that is in the range of 0.7, that is the same range we saw with medium [to] soft, obviously with higher degradation. So we should create the right crossover to have different strategies, that was the approach

If we look at what happened in Bahrain, soft and super-soft were not so close. This is part of the experience we are collecting. All these numbers we are collecting from races we put into our system to make even better selections for the next events. That could mean jumping one level or not.

"We should not dumb Formula 1 down like IndyCar, because then you have got 'GP1' and we know where that one is going."

"Plenty of Finnish publishers have wanted to do a book about Räikkönen, says Touko, but until now, the driver hasn’t been interested. But the author of the book, Kari Hotakainen, was persistent enough to make it happen."

"The Formula E race series has allowed the company to amass a large amount of technological expertise rapidly and Mr Wilson says WAE is now “oversubscribed” with demands from other companies to develop battery technology for them."

"The silly thing was that he was an absolute bundle of nerves. Just before the start of a race if you went up and gave him a push, it frightened the hell out of him. And, of course, I didn’t help. When I was on the front row with him, just before the start, I’d point at his rear tyre! Eventually he ignored that."

“If there was nothing to be frightened of, any silly bugger could get in the motor car” – Jim Clark

@Phylyp offers some thoughts on whether F1 should get rid of ‘mission control’ in a bid to improve racing:

On the one hand, I can understand the argument around getting “back office” support and not letting the racers race. Particularly since it implies that teams that are able to staff a larger mission control, with more telemetry, more expensive computers, are better positioned to leverage that.

On the other hand – and partly as a technical geek and IT professional, the idea of harnessing telemetry in real-time is impressive. It is somewhat easy to sling gigabytes of telemetry around the world once it is off the car, but to sift through it and make it useful in near real-time is in itself an achievement. And this is something that is not done often (the exceptions would be spacecraft and possibly defence applications). Even aeronautics doesn’t use such telemetry in real-time (the loss of MH370 served to illustrate just how little telemetry is transmitted outside a plane).

So, in its own way, mission control is a demonstration of information technology, just as the MGU-H/K demonstrate engine technology.

F1 has always been a team effort, with the drivers as the most visible members of that team, and in some ways mission control is just an extension of that, and an illustration of the pervasiveness of IT in numerous walks of life.
@Phylyp