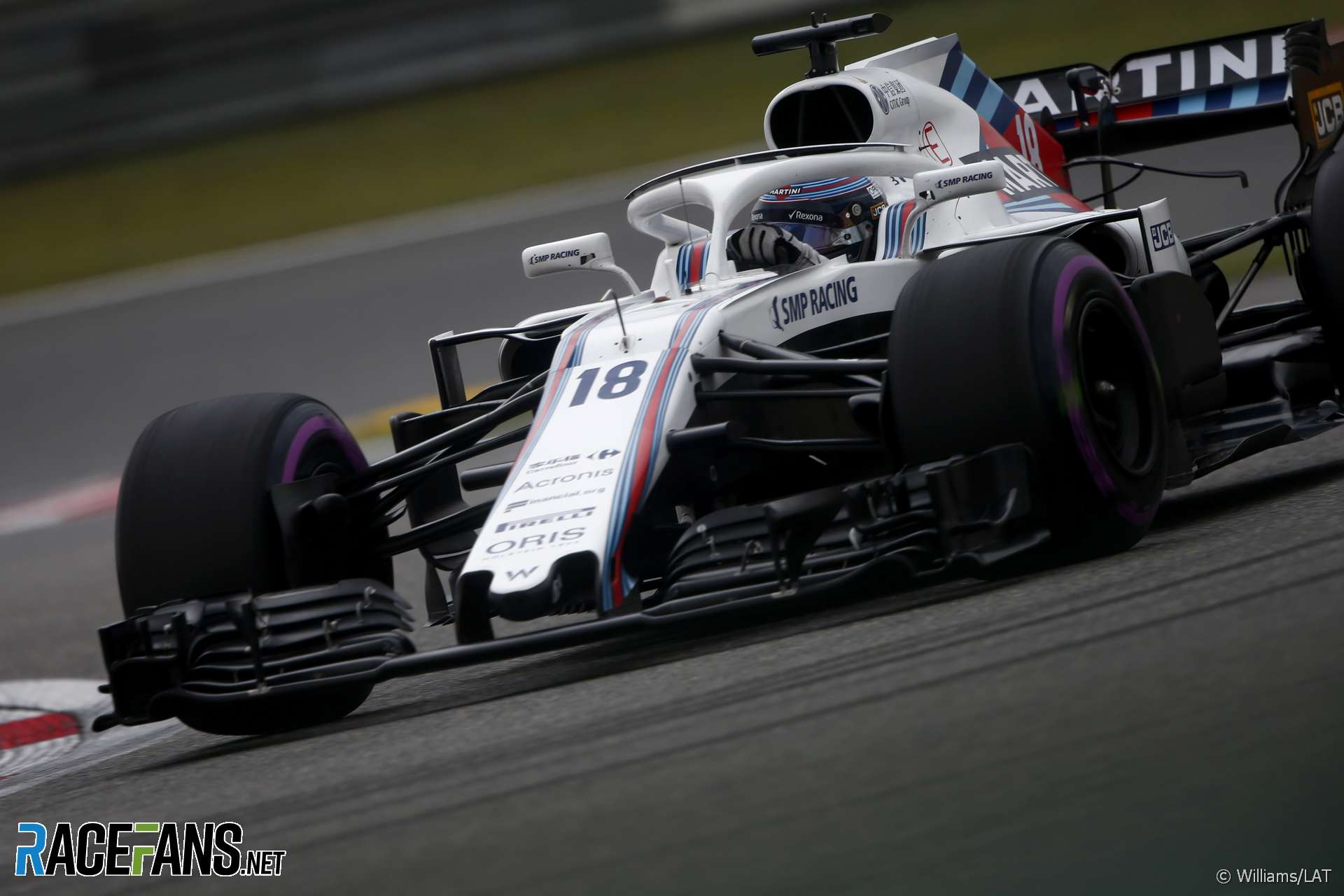 Lance Stroll doubts next week’s F1 race in Baku will be as positive for Williams as his podium finish last year.

Last year’s Azerbaijan Grand Prix saw Stroll become the only driver outside of the top three teams to stand on the podium all year.

The track’s long straights played to the strength of previous Williams cars due to their powerful Mercedes power units and low-drag designs. However the two FW41s were slowest through the speed trap during qualifying in Shanghai.

“With our current package and the nature of the track I don’t think we’re going to be nearly as competitive as we were last year,” said Stroll.

“I’d like to think we will be if we think of a few tricks before the weekend. But a lot of long straights which suited our car last year, this year we’re struggling in that area. But anything can happen, it’s racing.”

The team intends to bring a substantial upgrade in time for next month’s Spanish Grand Prix. Chief technical officer Paddy Lowe said it has already made some small gains with the car and is not getting ‘depressed’ about its situation.

“It’s about going away and analysing, understanding where you are and what you’ve got to do and focusing the organisation around that, which is exactly what we’re doing because we’re not where we hoped to be and intend to be in terms of competition.

“But it’s of our own making: clearly what we’ve done has not been good enough. We’ve made some small parts of this plan already deployed [in China] in terms of testing and evaluations we did which gave us a lot of information and data and including some improvements. It’s maybe not all that noticeable but there is some progress in the car that we ran in qualifying.

“Based on P3 performance there was some hope we might get at least one car in Q2. We narrowly missed that. I think there’s a sense of optimism already that we can make solid progress and we’ve already started down that road.”