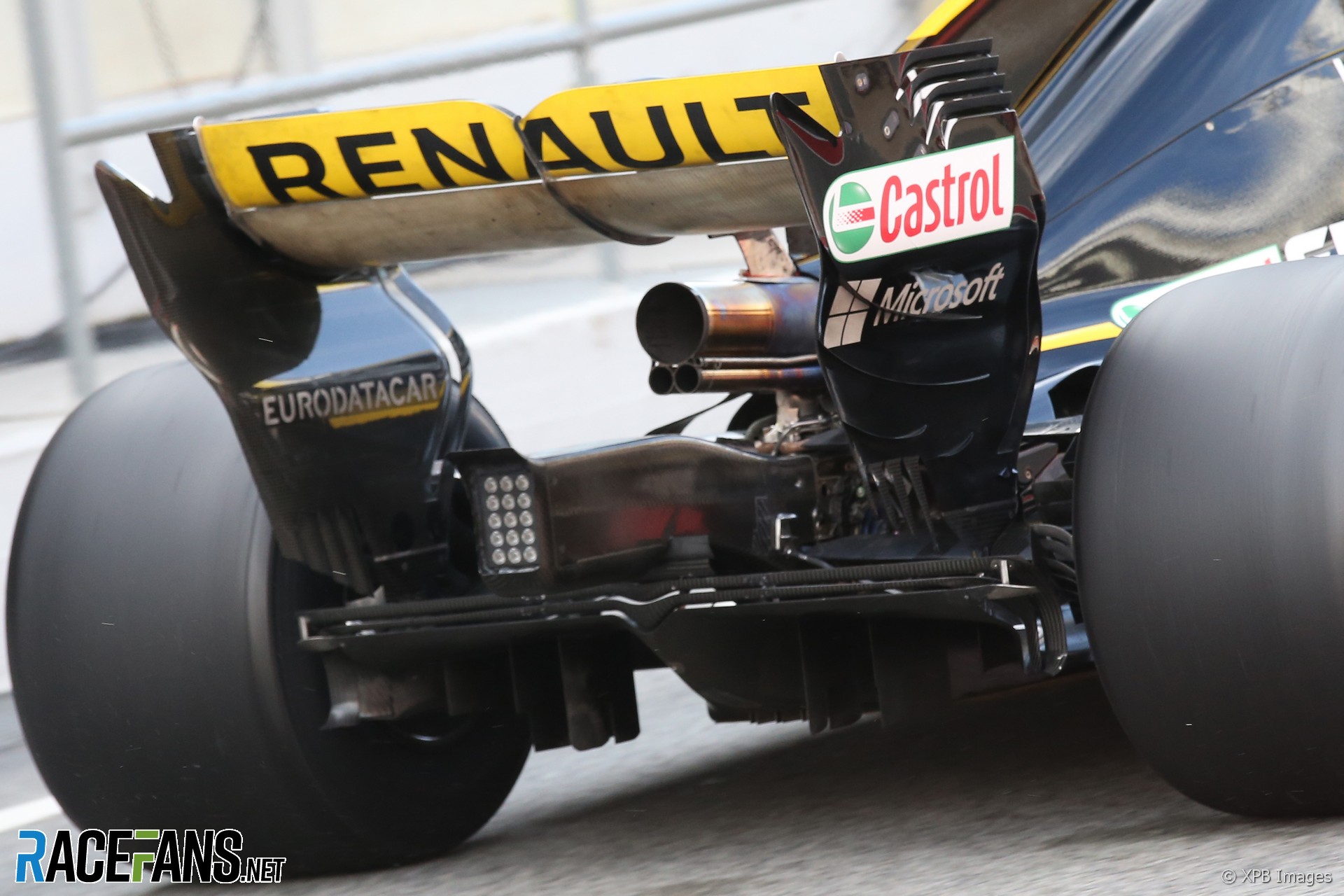 The FIA will not clamp down on teams using their exhausts to increase aerodynamic performance until the 2019 F1 season.

RaceFans understands a technical directive on the subject issued this week did not state any new restrictions on exhaust blowing will come into force this year.

Instead teams have been advised the FIA intends to make changes to the rules for next season to further restrict the design of exhausts.

The matter arose during pre-season testing when it emerged Renault has positioned the exhaust on its RS18 in order to direct exhaust gases to the underside of the rear wing, enhancing its performance.

The effect is similar to that exploited by many teams between 2011 and 2013 when exhaust gases were widely used to increase the power of car’s diffusers. Since 2014 the FIA has restricted the position of exhausts more tightly to prevent them being used in this way.

However the changes to the aerodynamic rules last year has created an opportunity for teams to enhance the power of their rear wings using exhaust gases. Renault say their exhaust arrangement does provide a small benefit.

The FIA previously advised teams they would consider any engine modes designed to enhance the power of the exhaust-blowing to be illegal. The directive issued last week also restated that point.

13 comments on “No clamp down on exhaust blowing until 2019”