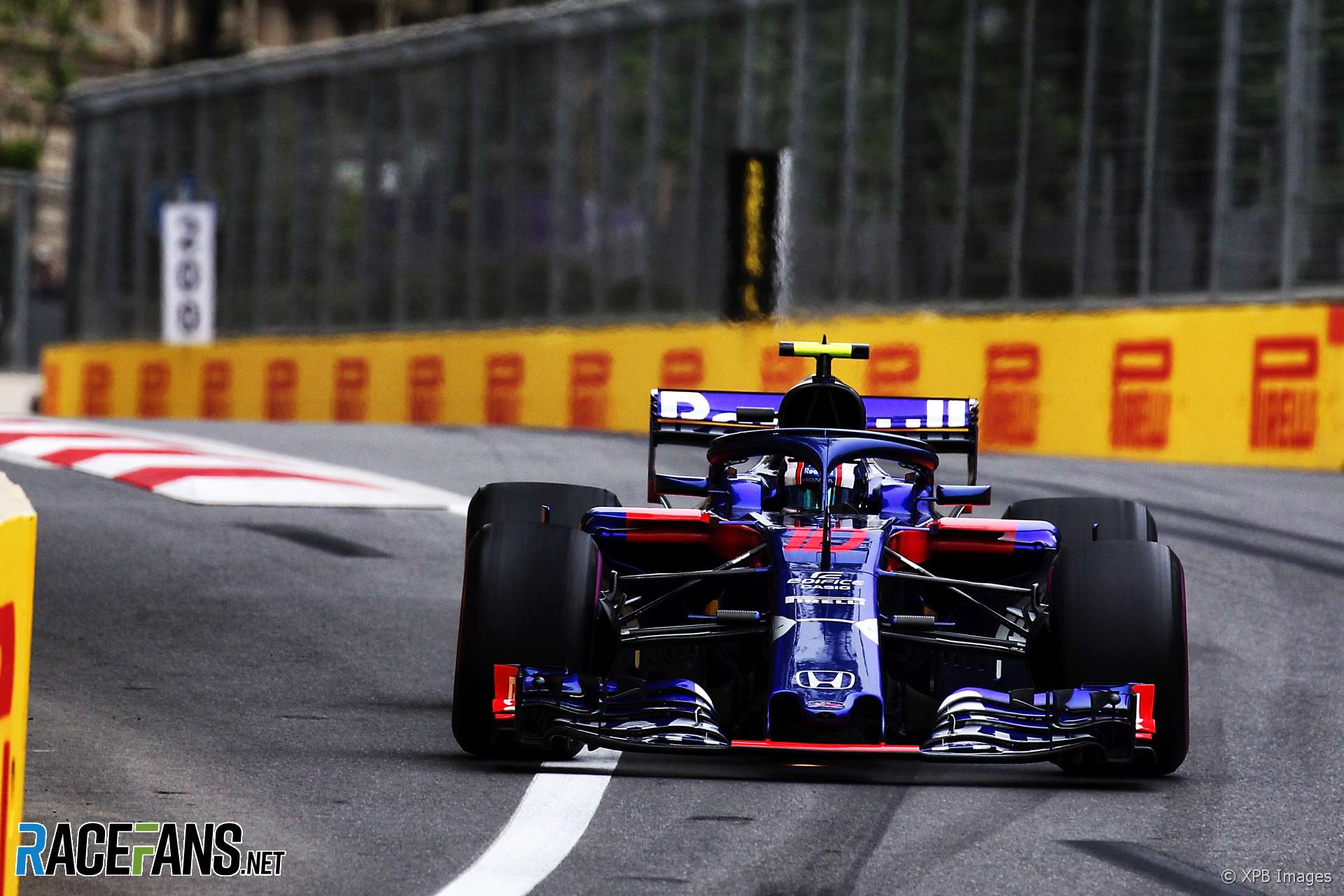 Pierre Gasly said he was convinced he was going to crash in his near-miss with team mate Brendon Hartley during qualifying.

Gasly narrowly avoided hitting his team mate, who had slowed with a puncture approaching turn 15, at around 300kph. “It was really, really scary,” said Gasly.

“For me I was 100% for sure I was going to crash into him. We arrived so fast on that part of the track, massive delta of speed. I went left, right, left, right so I didn’t really know which way to go and then last moment I turned to the right. But from the inside everything was so fast, I was sure it was too late and I was going to take off on his rear wheel.”

Hartley had slowed abruptly after discovering he’d punctured a tyre after clipping the wall a few corners earlier. Gasly, who was on a flying lap, didn’t see his team mate until the last moment.

“Turn 14 is sort of a blind corner, I could not really see him until I did this last left kink before turn 15,” he said.

“I managed to avoid him but then I went on the kerb so when I braked I had both wheels in the air, could not slow down the car, it was scary. And I was upset because I could not improve and it ruined my lap. Just a shame it happened.”

Hartley explained Gasly arrived behind him very soon after he picked up his puncture.

“On my first actual attempt I clipped the wall very lightly but it punctured the tyre,” he said. “I only realised this as I went through the high-speed left.

“I braked very abruptly, I realised I had a problem, I was trying to understand. And then through the blind corner Pierre came very quickly and I completely got in the way.