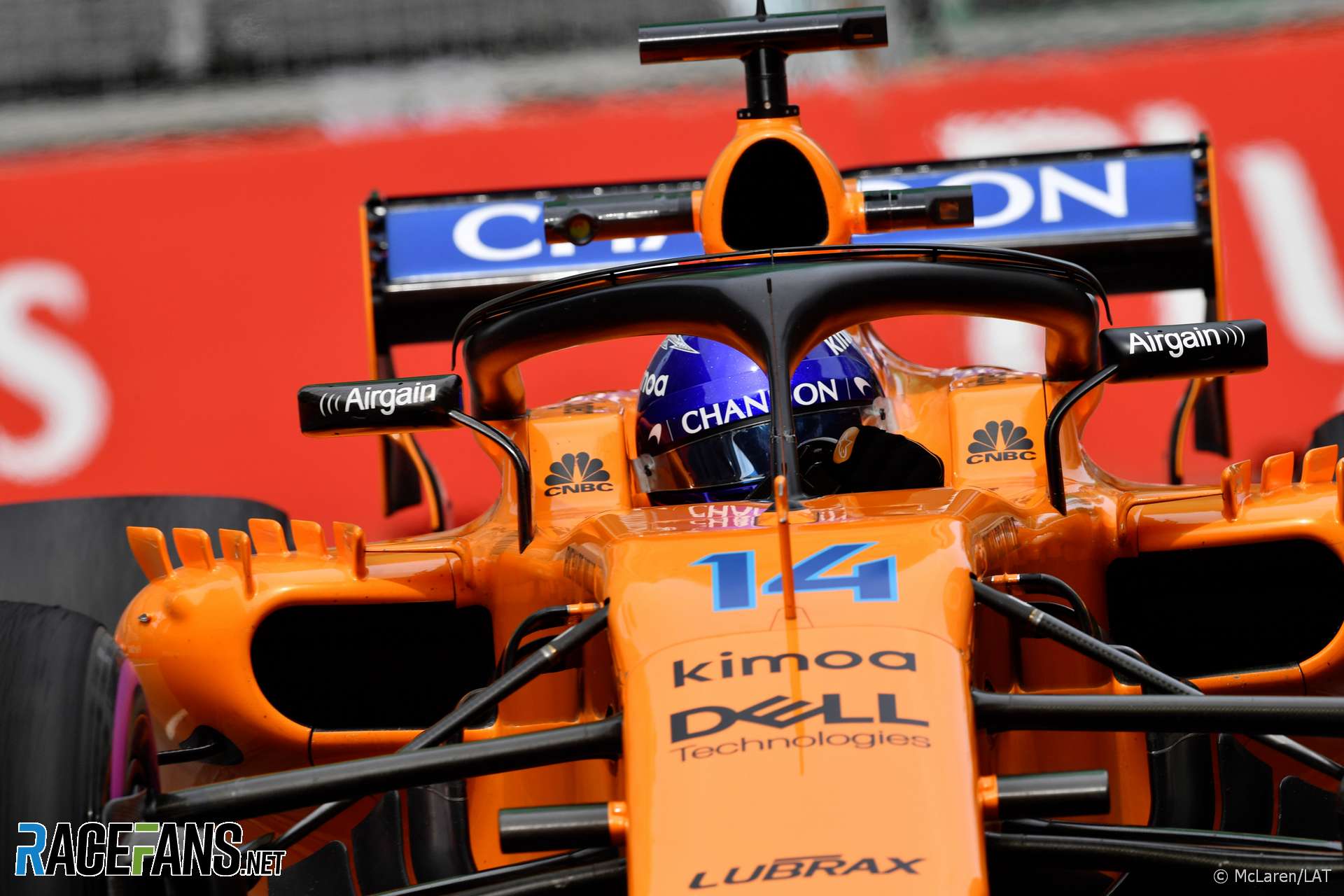 Fernando Alonso is very pleased with the “outstanding” reliability from his Renault power unit and credited it for the improved start McLaren has made to 2018 compared to last year.

Speaking ahead of Sunday’s race in Baku the McLaren driver said the reliability of the power unit was the biggest change from his previous experience with Honda.

“It’s difficult to compare year to year, different circumstances. I always used this race to change the engine in the past and I always started 20th here. So it’s the first time that I don’t start 20th. That’s the only difference so far.

“I think the reliability, touch wood, but after four races, four qualifyings, four practice, we’re still running with the first component on everything, that has been good. That probably allowed us to score 22 points so far and that’s very positive.

“In terms of driving or how you feel the car is hard to compare because the cars change so much, the tyres change a lot, I think we bring two steps softer compounds this year compared to last year into this race with the ultra-soft, things like that. It’s always a little bit difficult to compare season after season. But reliability has been outstanding so far and that’s good.”