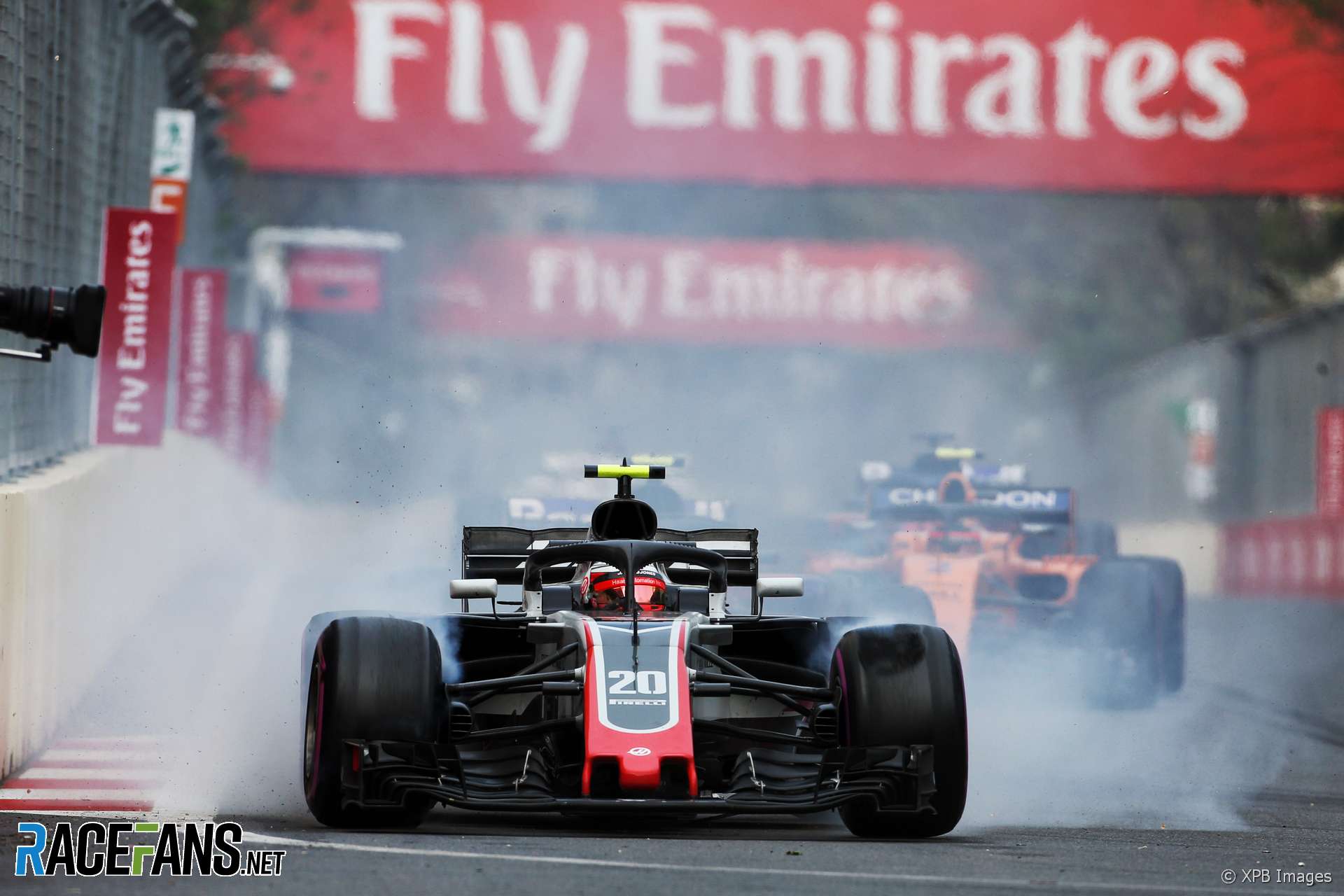 Steiner was told Gasly had described Magnussen as “the most dangerous driver I ever raced against” following the collision between the pair in Baku:

That’s what he called Hartley, his team mate [on Saturday] so there’s nothing changed there. But sometimes you need to think for yourself as well. He’s pretty new here, we’ll wait until he makes mistakes.

Brilliant lineup for the BCN test – @NicholasLatifi 🇨🇦 makes his debut in the VJM11 after his Baku podium, @NMazepin 🇷🇺 returns after his outing for the team in winter testing and we welcome back @GeorgeRussell63 🇬🇧 in one of our Pink Panthers!

Tomorrow will be a huge day of my life!
I will be racing against @Max33Verstappen in a Hungarian MotorSport event! 😮😮😮@Formula1game @BoxutcaF1 #NagyFutam pic.twitter.com/tqimpDR6Z6

In all the years I've watched F1, I'm still amazed that a series that develops complex technical rules & prototype cars as part of its core USP. That the sport itself, teams, broadcasters & publishers have done so little to explain its technical side.

"It’s understood the approach taken by the FIA World Endurance Championship with its LMP2 formula in 2017 has also piqued IndyCar’s interest. With the WEC’s new P2 formula, multiple chassis suppliers were nominated to build cars using strict design guidelines established by the series."

The innovation Mercedes hope will tame their 'diva' (F1)

"Offset extra rockers - an innovation no one else has - are connected to the conventional rockers and will allow the whole assembly a greater range of spring stiffness (important for set-up flexibility) whilst still keeping the rocker assembly inside the bodywork and not therefore causing aerodynamic disruption."

"Sixth place in the Feature Race was a pretty decent recovery after how the race began. The clutch instantly bit and the car stalled at the green light for the installation lap so I started from the pit-lane at the back."

Was a red flag needed during the closing stages of the Azerbaijan Grand Prix?

I completely agree with Stroll on this. I was shouting at the TV for a red flag, especially after Grosjean crashing and with the truck and marshals everywhere.

I was having images of Bianchi and couldn’t watch every time they drove near it. I sometimes wonder if the FIA have learnt anything from recent years, or if they are happy to trust the Halo will protect as needed.

Halos don’t protect marshals though. Very disappointed with how it was managed.
@CaptainPie