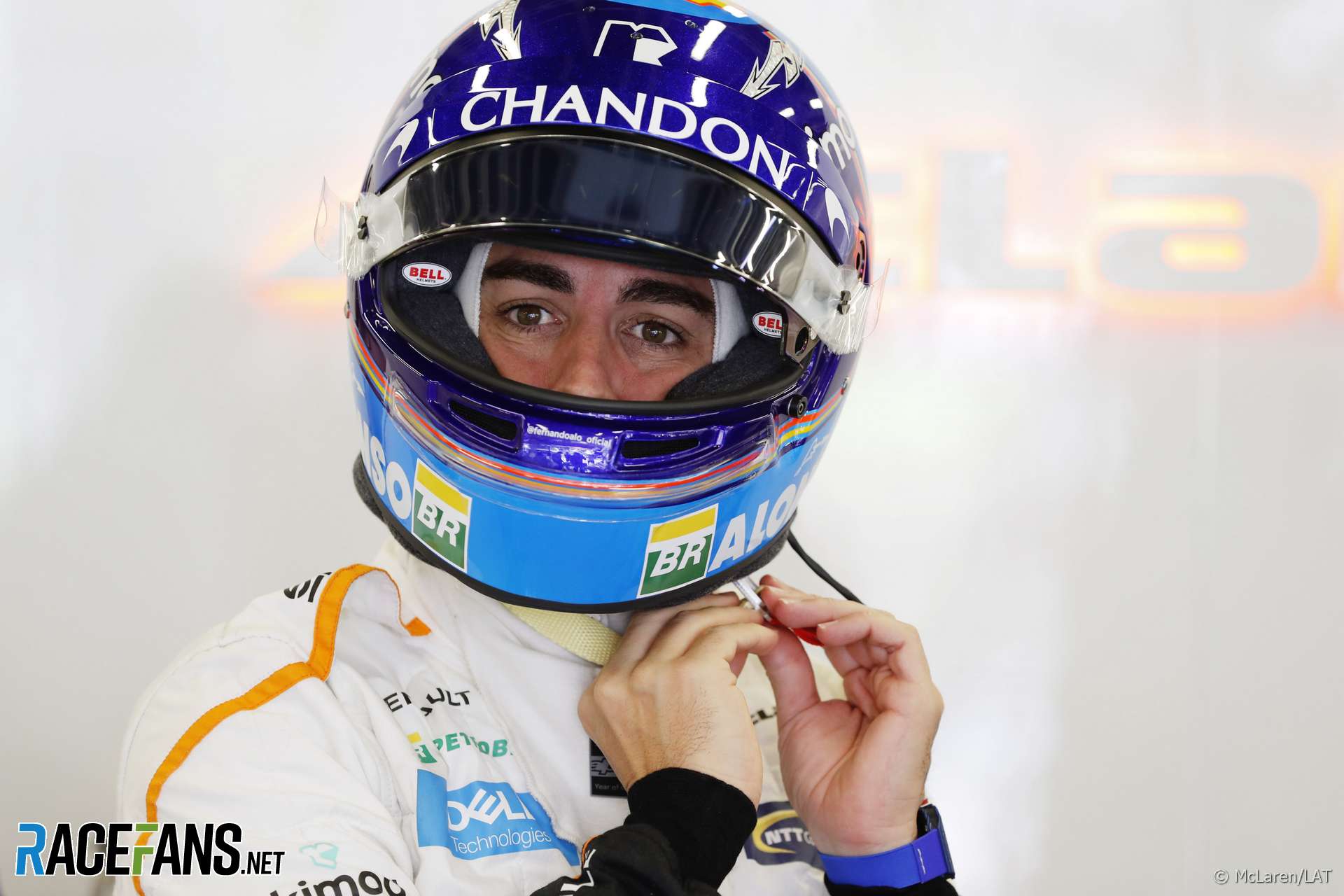 Fernando Alonso said he is conserving his energy levels as he enters a gruelling 11-week spell of his dual F1 and WEC campaign.

The McLaren and Toyota driver will make his World Endurance Championship debut in this weekend’s Six Hours of Spa in Belgium. He is beginning preparations to race in the Le Mans 24 Hours, which takes place one week before a triple-header of F1 races.

By the end of that, Alonso will have spent all bar one of 11 consecutive weekends driving an F1 or LMP1 racing car. During last weekend’s Azerbaijan Grand Prix he described himself as being “in saving energy mode every day.”

Alonso said he is trying to “think two weeks ahead” to ensure he is at his best for each event.

Alonso, who raced in the Indianapolis 500 last year, believes competing outside F1 in other top-level series will make him a better driver.

“Sometimes here in Formula One you live in a very small world. You think that winning here or being with three pole positions or seven pole positions put you in a better level or you are better than other drivers.

“I think motor sport in general is a very big world. There are very talented drivers in go karts, in Formula Three, in [Super] Formula, in WEC, in Indy. It’s very challenging if you want to beat all of them.

“If you want to beat all of them in Formula One it’s very small group. Normally your car helps to beat the slowest car and your car will not allow you to beat the quickest cars. So it’s not a fair comparison. I think doing Indy or WEC, other races, I challenge myself much more and you become a better driver.”

Pictures: Alonso at the Six Hours of Spa