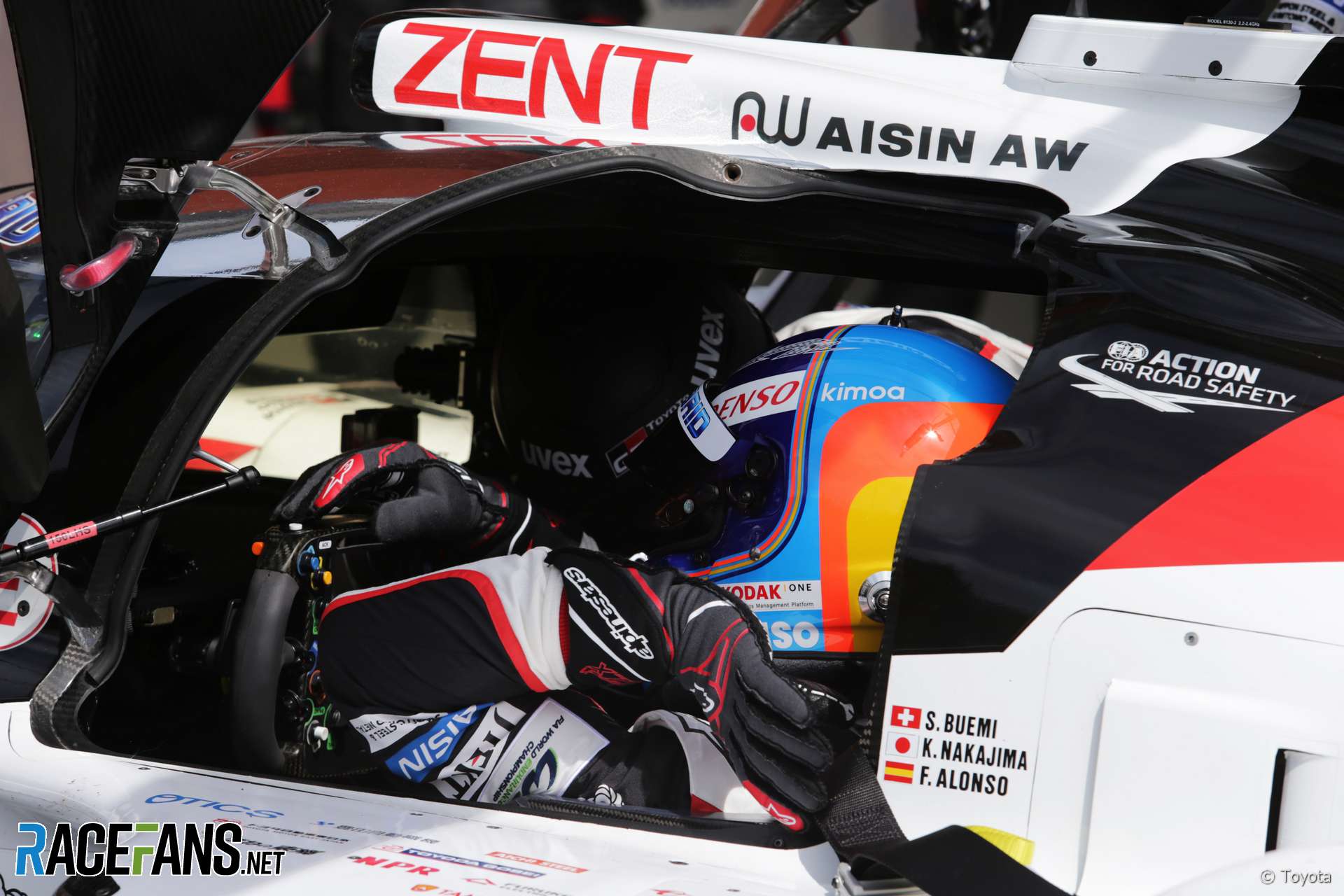 The car he shares with Sebastien Buemi and Kazuki Nakajima will start from pole position after the sister car was excluded from qualifying.

Toyota is running the only LMP1 hybrids in the race. Despite his car having a 1.4-second margin over their closest rivals in qualifying, Alonso is concerned the competition will be closer on Saturday.

“We saw this morning we were second and fifth [in practice],” he said. “I think the LMP1 non-hybrids are definitely fast. In my opinion too fast.”

WEC operates an Equivalence of Technology policy to balance the performance differences between the hybrid and non-hybrid LMP1 cars. The regulations permit WEC to adjust the relative performance of the two prior to next month’s Le Mans 24 Hours.

Toyota “did a very good job on qualifying to maximise the performance,” said Alonso, who expects their advantage will be reduced in the race.

“Obviously we have a boost and different technology that in qualifying over one lap maybe are OK. But in the race distance [our rivals] could be a little bit more consistent because we cannot drain the battery as maybe you do in qualifying.

“So I think they will be a threat tomorrow that’s for sure. It’s a race that we have to win, not only against the other LMP1, also against the race itself, with all the tricky conditions.”

To prepare for his first WEC race, Alonso watched the entire 2017 event from the cockpit camera of one car, during his flights to and from Azerbaijan for last weekend’s F1 grand prix.

“I watched six hours of onboard camera from car number eight last year. You watch from the outside maybe it’s more interesting but six hours from the onboard is quite long. [It was] just to learn traffic and tricky situations and all things that may happen [from] last year.”

He is also adjusting to life in the WEC paddock compared to the more tightly-restricted F1 environment.

“It’s more modest [but] not more quiet,” he said. “They don’t need passes, the fans, so every time I go to the bathroom it’s interesting. To go in with 40 or 50 people… apparently at that moment they all needed to go for a pee! I think Le Mans is a little bit more restricted in terms of passes for that area.

“But it’s part of the game as well as in the USA, Daytona, Indianapolis, it’s a little bit more freedom for the fans. They are here and they gave closer contact with the drivers and the teams so it’s nice in a way. Maybe because it’s the first race it’s a bit heavy sometimes for us this weekend but I think it’s going to be better.”