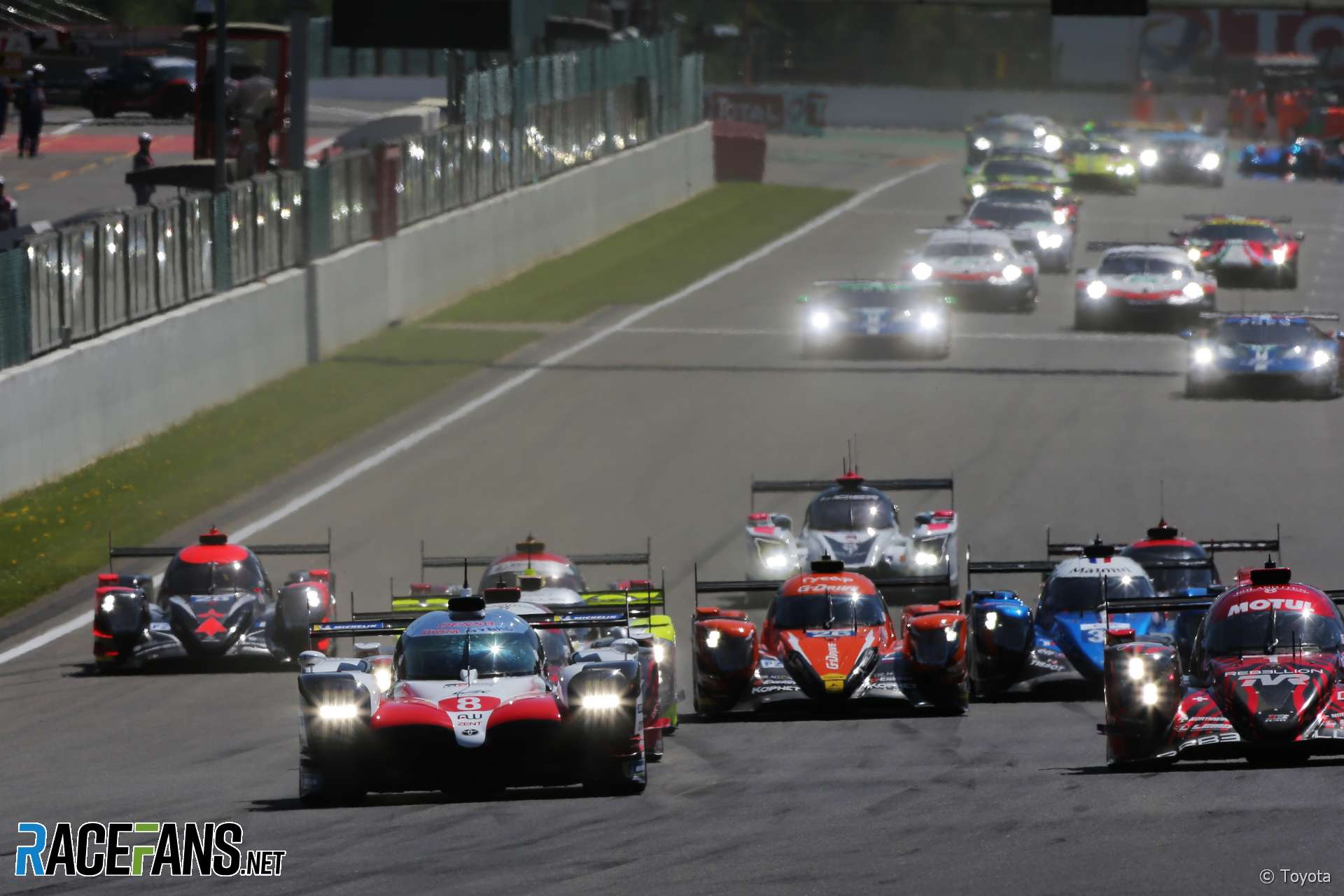 Fernando Alonso got his World Endurance Championship campaign off to the best possible start by winning on his debut for Toyota with team mates Sebastien Buemi and Kazuki Nakajima.

However the team’s other car made them work hard for the victory despite starting from the pit lane with a one lap deficit due to a qualifying infringement. The number eight Toyota of Mike Conway, Kamui Kobayashi and Jose Maria Lopez regained its lost time thanks to a series of Safety Car interruptions a spin and an extra pit stop for the number seven machine.

Alonso also had to contend with a loss of hybrid boost and rising gearbox temperatures during his final stint in the car. The number eight machine crossed the line one-and-a-half seconds behind in a one-two finish for Toyota.

Despite pre-race predictions their customer LMP1 opposition would prove strong, the two Toyotas had a two-lap margin over their closest rivals when the chequered flag fell. The podium was completed by the Rebellion car of Andre Lotterer, Neel Jani and Bruno Senna.

Jean-Eric Vergne, Romain Rusinov and Andrea Pizzitola won the LMP2 class for G-Drive. Ford won the GTE Pro class with Stefan Mucke, Olivier Pla and Billy Johnson in their GT, but the sister car went out when Harry Tincknell went into the barrier at Eau Rouge in a near-carbon copy of Pietro Fittipaldi’s crash 24 hours earlier. Fortunately Tincknell emerged from the car unaided.

Pedro Lamy, Mathias Lauda and Paul Dalla Lana took a narrow victory in the GTE Am class. The Aston Martin factory car held off the TF Sport-run machine of Salih Yoluc, Euan Hankey and Charlie Eastwood by two tenths of a second.