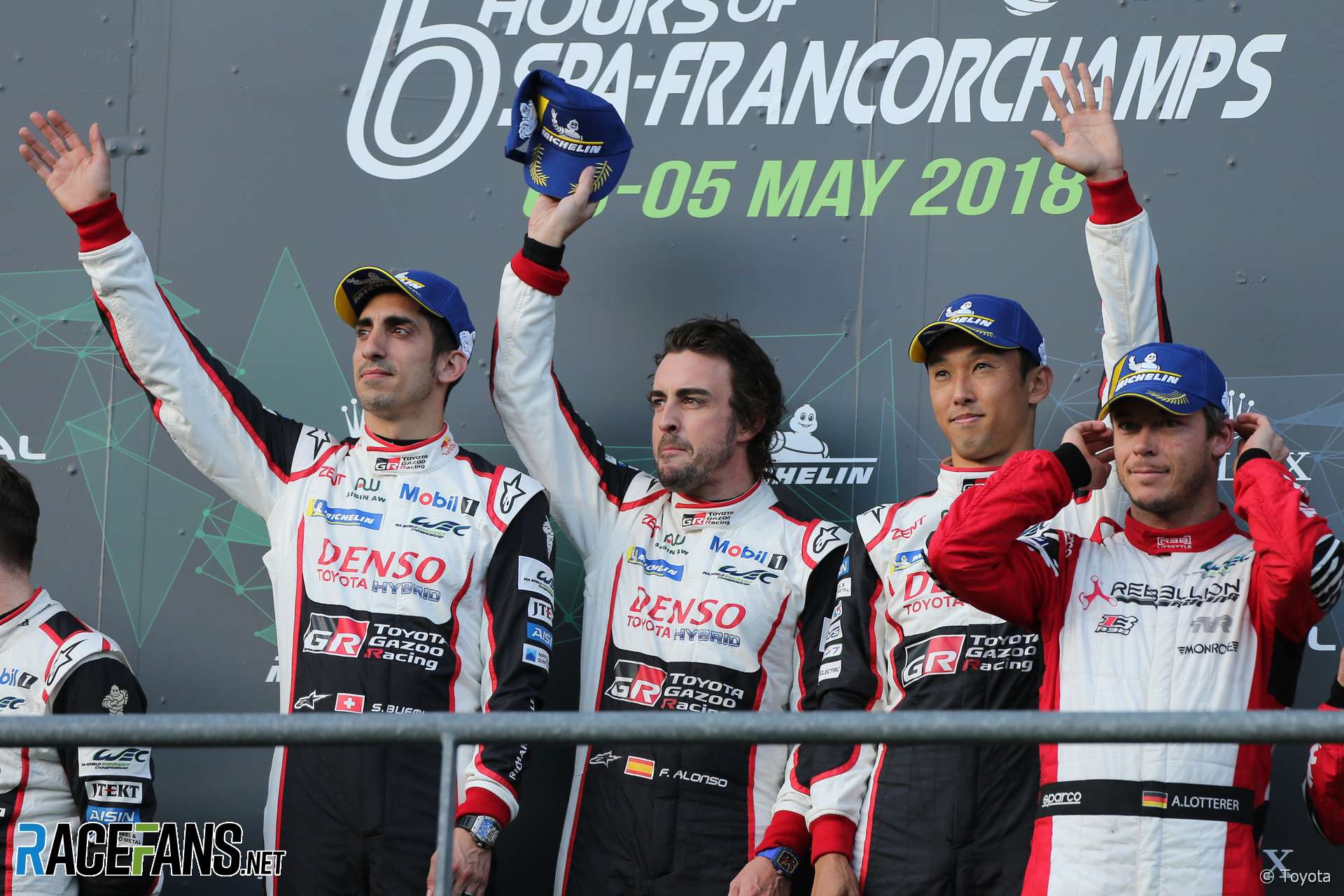 Fernando Alonso declared Toyota are ready for the Le Mans 24 Hours after their one-two result in today’s Spa Six Hours.

Alonso, Sebastien Buemi and Kazuki Nakajima shared victory in the first WEC round of the 2018-19 ‘super-season’, which is the last race before the teams head to Le Mans.

“Definitely this is a warm-up for Le Mans,” said Alonso. “Like a test but with points at the end of the chequered flag.”

“Definitely the race is a lot tougher, 24 hours, a lot of issues may appear but we are as prepared as possible so I think we will go with confidence into the race.”

The number eight Alonso/Buemi/Nakajima Toyota inherited pole position when the number seven car was forced to start last with a one-lap penalty after being excluded from qualifying. Alonso said his side of the garage adopted conservative tactics for the race which played against them when their team mates got back on the lead lap.

“We took quite a safe approach in the race knowing that we were in a good advantage. But then with the Safety Car probably that advantage went, so our safe approach was not the quickest and we had to fight until the end.

“But as I said the team is amazing. Six Hours race, it seems easy, but I think the other LMP1s were quick at the beginning of the race. We stopped before them in the first stop so they were a risk there.

“Anything can happen in six hours. A lot of traffic, a lot of risky moments. I think we executed the race to perfection and we got the one-two so it’s good for the team.”

Alonso’s victory is his first in international competition for almost five years. “I was telling Kazuki and Sebastien it is so nice to be on the podium and I will be here all night long, so pick me up tomorrow morning because I will try to sleep here,” he added.